Oliver Dowden resigned as Conservative Chairman after the party lost two by-elections. Labour took Wakefield while the Liberal Democrats won Tiverton & Honiton. Iain Watson interviewed Leader of the Opposition Keir Starmer for BBC Breakfast as he arrived in Wakefield, to get his thoughts on the victory and resignation.

Reacting to Dowden’s resignation, Starmer said: “Well the Tory Party is absolutely imploding they know they’re out of ideas and out of touch.

“If they had any decency they’d get out of the way for the next Labour government because what happened here in Wakefield was people exercising their judgement on this Conservative government and voting no-confidence.

“But for me and the Labour Party this is very important because for two years we’ve been turning our party around and we were able to show the voters in Wakefield that we’re a confident party, we’re a united party and that we will focus on the issues that affect working people in Wakefield and that’s why they put their faith in Simon and the Labour Party.”

The heavy Labour defeats in the 2015 general election led to Ed Miliband’s resignation as leader, paving the way for Jeremy Corbyn. 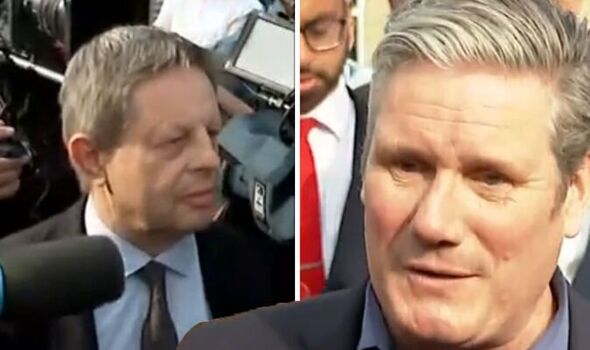 “But don’t you have a problem though as people are, as you say, voting no-confidence in Boris Johnson?” He asked.

“Can you remind me of what the subsequent general election was?”