RAMONA Singer's beloved pooch Coco has passed away at age 17 as her BFF Sonja Morgan broke the news in a since-deleted post.

The adorable Shih Tzu made frequent appearances on the Real Housewives of New York over the past decade. 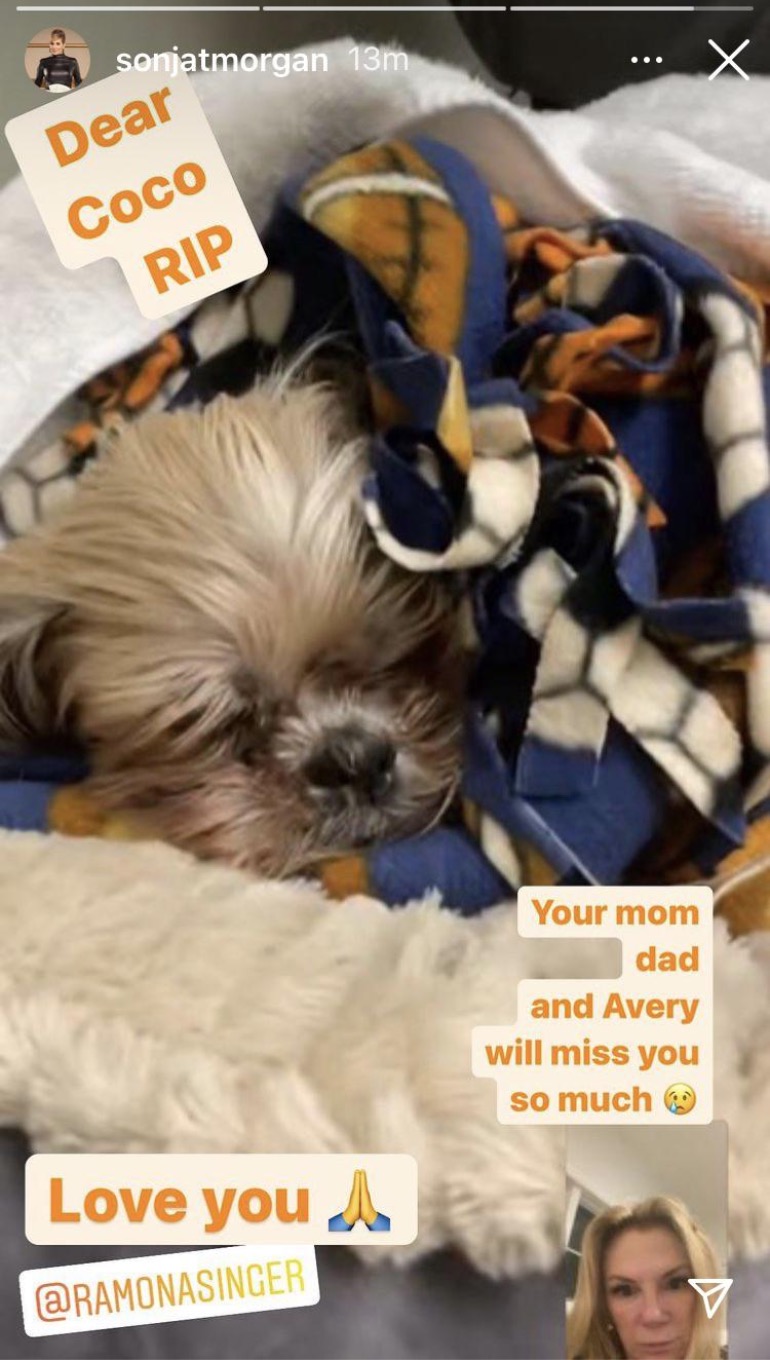 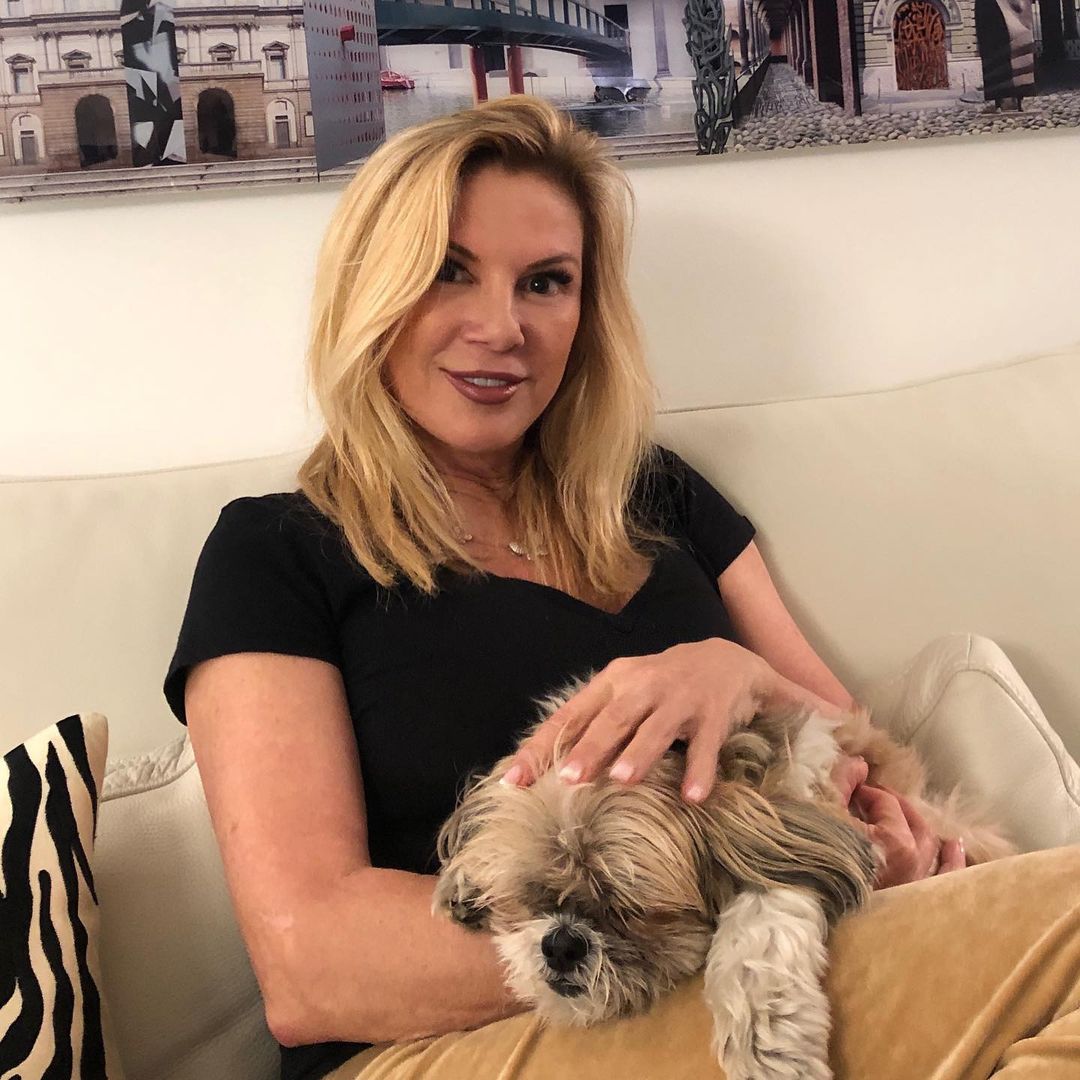 Coco, 17, has passed away, according to Ramona's close pal Sonja Morgan, 57.

The reality star shared the tragic news on her Instagram story, as she screenshotted the pup's last moments documented via FaceTime with her long-time BFF.

Ramona's face could be seen in the bottom right corner of the screen as she mourned her precious pooch who was wrapped in a blanket.

Sonja captioned the screenshot: "Dear Coco RIP. Your mom, dad, and Avery will miss you so much. Love you."

However, the TV personality later deleted the post as Ramona and her family had yet to publicly address the passing.

Fans rushed to Reddit upon seeing the news, expressing their "sadness" over the loss of a "RHONY legend."

"Ugh honestly so sad! This one hurts as much as Giggy ❤️" one wrote, remembering Lisa Vanderpump's pup who also passed in December of last year.

"Woah correct me if I'm wrong, but wasn't Coco from since pre-S1? a true OG :(," another remembered.

Another fan remarked: "Coco you were always a class act. ❣," while a final agreed: "The best thing about Ramona. You will be missed, Coco."

Coco lived a life of luxury throughout his 17 years, as he was treated to expensive grooming and his own seat at five-star restaurants.

The pup's death came just weeks after the news broke that the RHONY reunion has been "canceled" and the cast will not reunite due to "scheduling."

A Bravo spokesperson revealed: "Due to scheduling challenges around taping the reunion of The Real Housewives of New York City in a timely manner, Bravo confirmed there will not be a reunion for this season.

"It's disappointing to not be able to bring the cast back together, but we are happy to have ended on such a high note with the finale, and are now shifting our focus to next season."

The decision marked the first time in the show's 13-year history that a reunion will not take place.

Disappointed fans took to Twitter to share their shock, one complaining: "Damn when they said this season of #RHONY was going to be historic, I didn't think it would be because it would be the first season in Housewives history not to have a reunion!"

However, the newest cast member Eboni had previously confirmed that there WOULD be a reunion while speaking to Variety in August.

At the time, she told the outlet: "I was told a time. I was told that we're having a reunion. I was told what to wear to said reunion." 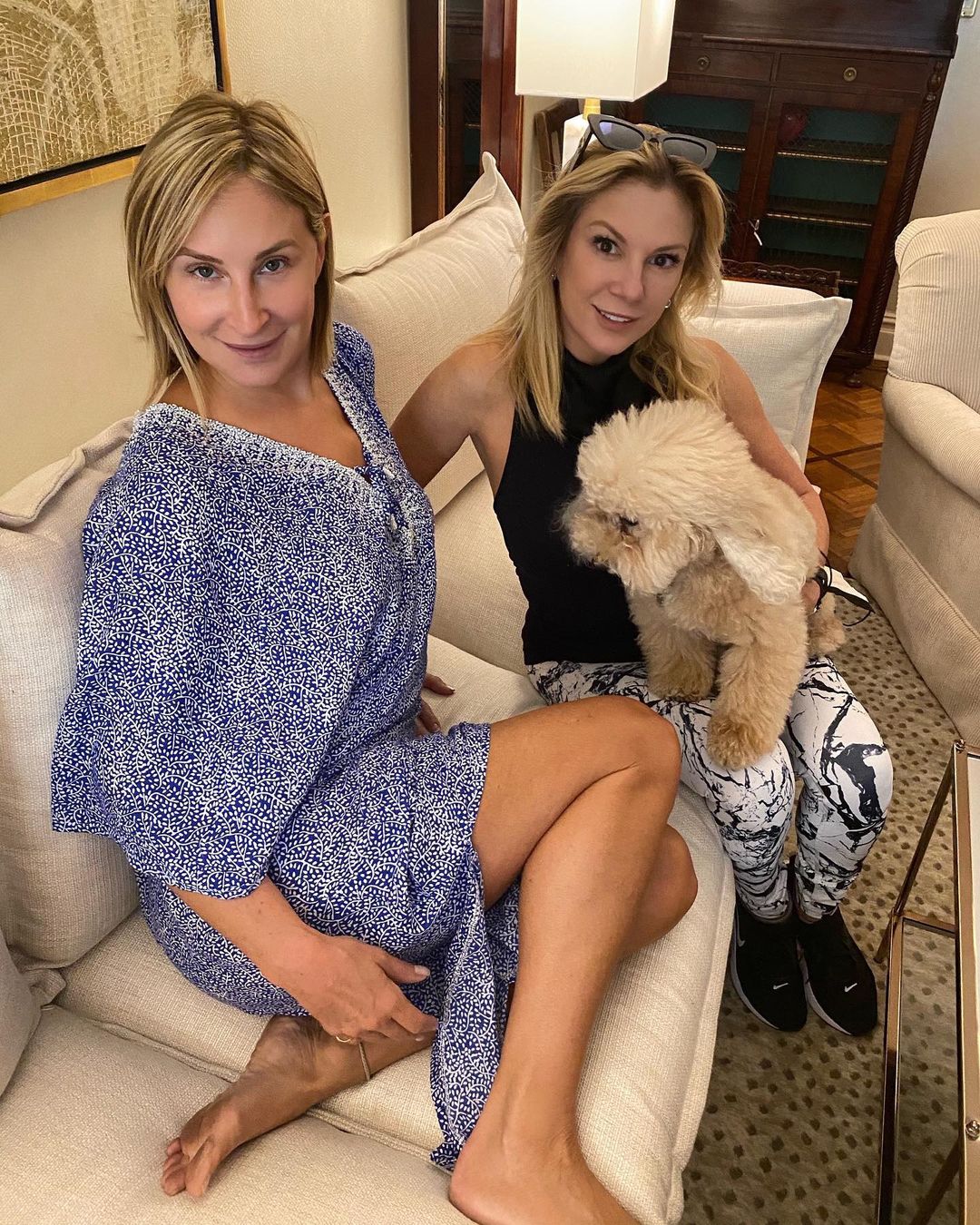 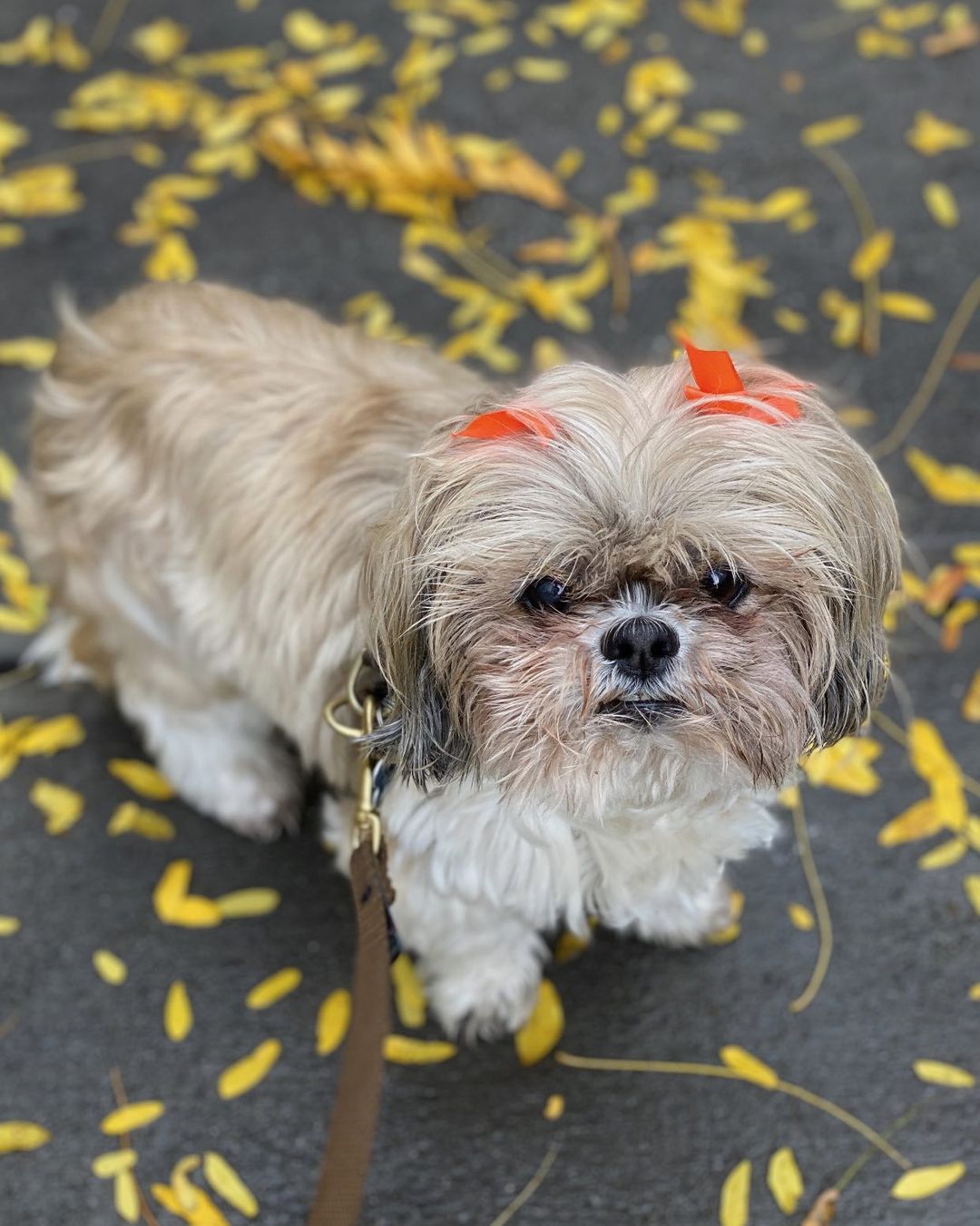 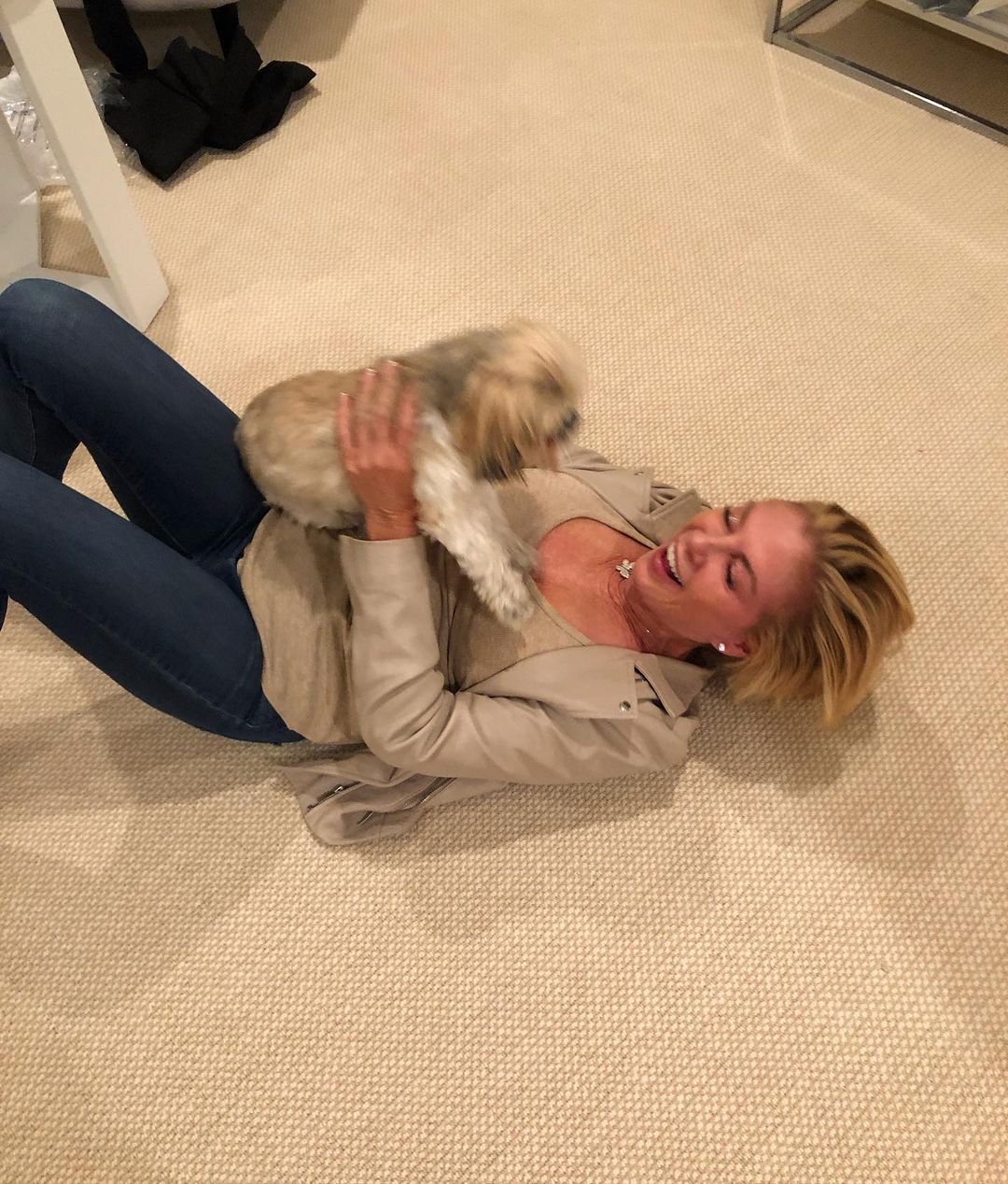 Who was Art Metrano and what was his cause of death?