Rick and Morty (both played by Justin Roiland) have already had quite the brutal first half of season four. As episodes one-to-five aired late last year, Adult Swim and E4 viewers will soon get their hands on the second half of the season. Viewers have already seen the trailer for season four’s second half, and it looks like it is going to include some rowdy and unexpected turns.

Great Big Lockdown Survey: Tell us what life’s like for you by answering THESE questions

Channel 4 has now exclusively provided an image from the new episodes to Express.co.uk, which gives further details on what is about to happen in the wacky world of Rick and Morty.

The image in questions sees both Rick and Morty holding themselves under water with their feet underneath some pipes.

While Rick is giving Morty a crass message with his middle finger, Morty looks determined to defeat Rick.

The pair are seen either breathing or blowing air into a machine that sits between them. 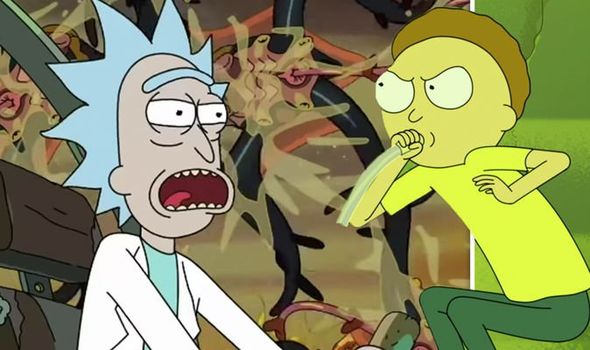 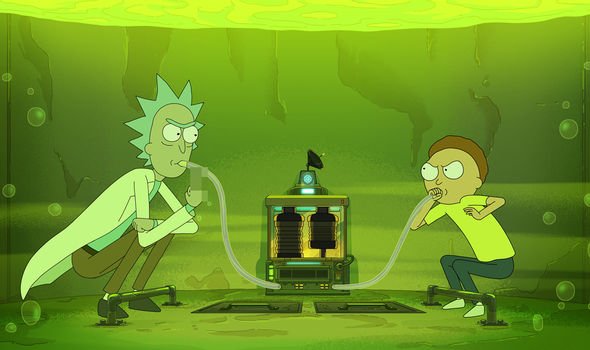 What’s more, two escape hatches on the floor seem to be preventing their exit.

It looks as though the pair are in some sort of underwater breathing competition which ought to determine who can hold their breath the longest.

This may seem like an almost petty argument to settle, but fans of the show will know Rick doesn’t exactly like to be beaten at anything.

Alternatively, this could be a huge part of the story included in episode eight, which is titled: “The Vat of Acid Episode”. 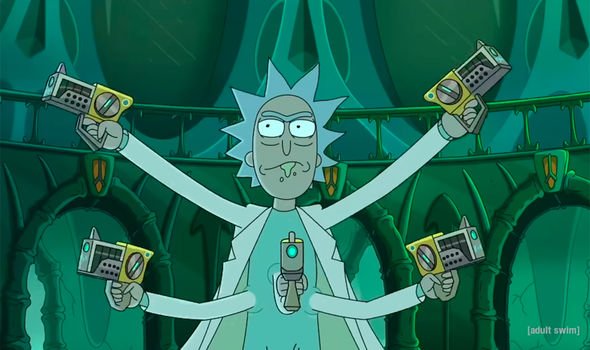 Could the pair be trapped at the bottom of a vat of acid, and need to find some sort of way out using this breathing tool?

It is quite literally anyone’s guess at this point – but fans will only have to wait until tonight’s first episode to find out on Adult Swim.

Fans in the UK have to wait until Thursday, May 7, where they can watch the first episode of the show’s return on E4.

The first episode back is episode six of season four, and is titled: “Never Ricking Morty.”

Once again, this title is vague and certainly not informing in any way, so viewers will have to wait and see what is going to happen.

Meanwhile, fans have also been pointing out some glaring issues during the show’s second season.

During the episode titled The Ricks Must Be Crazy, Summer (Spencer Grammer) can be seen trapped in Rick’s spaceship.

A fan pointed out that, despite her being completely safe during the siege of from the army, the scenes don’t match up.

The fan wrote on Movie Mistakes: “When Summer is surrounded by the army and talking to the car, we see her seat has stuffing coming out of it on two spots.

“But in shots facing her, you can see there’s no stuffing coming out of her seat and it’s the driver’s seat that has the stuffing sticking out.”

While this didn’t affect the episode in any way, it certainly left viewers a little confused about how show’s continuity.

'The Bachelor': Abigail Heringer Revealed Why She Told Matt James Early on About Her Hearing Impairment

'The Quarry' Trailer: Shea Whigham and Michael Shannon Reunite for a New Thriller