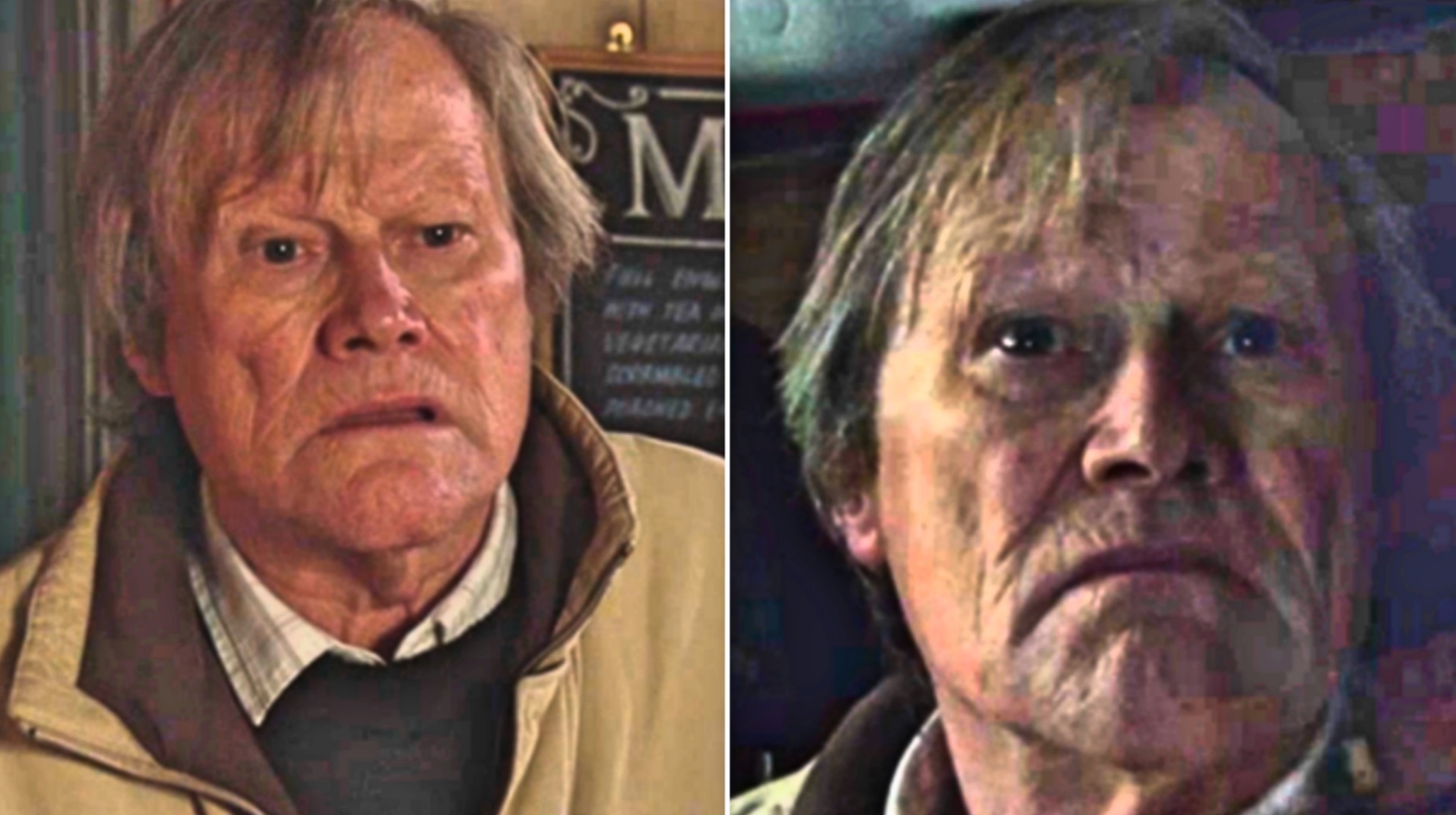 The phrase ‘end of an era’ gets thrown around a lot these days, but it feels more appropriate than ever right now, as Roy Cropper has left Coronation Street.

Yes, you read that right. Roy is GONE.

The soap icon, portrayed by David Neilson, has been struggling to come to terms with the fact that the gun Abi Franklin (Sally Carman) obtained to shoot Corey Brent (Maximus Evans) was the very same firearm used to kill Natasha Blakeman (Rachel Leskovac).

Abi was stopped from putting a bullet in Corey on the night of the sinkhole collapse by none other than cafe owner Roy, who then covered for the grieving mum when questioned by the police about the incident.

But the gun, as viewers know, ended up in the hands of crazed criminal Harvey Gaskell (Will Mellor), who – intent on killing Leanne Battersby (Jane Danson) – shot Natasha in a case of mistaken identity.

Roy was aghast when DS Abney informed him about the connection between the two investigations, and – in spite of covering for Abi once more – he’s been unable to live with the guilt, believing he had a part to play in Natasha’s death.

The soap legend therefore made a huge decision to leave the street he’s called home for nearly three decades, signing over all he owns to niece Nina Lucas (Mollie Gallagher).

Nina was horrified to learn that her uncle was planning on leaving the cobbles, and thus Wednesday’s (November 24) two offerings of the long-running ITV soap saw her do everything in her power to convince him to stay.

Gathering several of his nearest and dearest, including Fiz Stape (Jennie McAlpine), Cathy Matthews (Melanie Hill) and Carla Connor (Alison King), Nina hoped their tales of how Roy had helped him over the years would be enough to make him reconsider his departure.

But it wasn’t. Roy was adamant that he could not stay in Weatherfield.

Nina, in tears, begged Roy one last time to stay. ‘Please don’t do this to me Roy!,’ she exclaimed. ‘You’re the one person in the world who I trust, and I love you!’

But Roy refused to reconsider, telling Nina that he was sorry, before exiting his beloved cafe and taking one final look at the eponymous street. Afterwards, he got in the taxi, and left.

'Westworld': Which Host Is in Charlotte Hale's Body?