New CG-animated version will debut this spring on Paramount+ 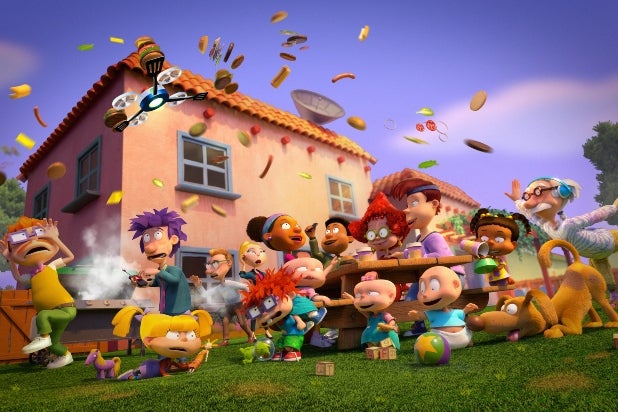 Nickelodeon is filling out the “Rugrats” voice cast for its grown-ups.

The series will premiere this spring on Paramount+.

The CG-animated series returns the original voice cast for the children: E.G. Daily reprise her role as Tommy Pickles alongside Nancy Cartwright as Chuckie Finster, Cheryl Chase as Angelica Pickles, Cree Summer as Susie Carmichael and Kath Soucie as Phil and Lil DeVille.

“This incredibly talented group of actors provides a fresh and very funny take on these iconic roles, combining humor with heart to bring the characters to life in a whole new way,” said Liz Paulson, Senior Vice President, Talent and Casting, Nickelodeon.

Based on the 1991 Nickelodeon series, the “Rugrats” revival follows a group of toddlers as they “explore the world and beyond from their pint-sized and wildly imaginative point of view.”

The series was created by Arlene Klasky, Gabor Csupo and Paul Germain. Eryk Casemiro and Kate Boutilier are executive producers on the revival, and Dave Pressler and Casey Leonard serve as co-executive producers. Rachel Lipman is co-producer, and production is overseen by Mollie Freilich, senior manager of current series animation at Nickelodeon.

ViacomCBS also has a live-action “Rugrats” movie coming from “Diary of a Wimpy Kid” director David Bowers under its Paramount Players banner.

Kristen Bell Reveals the 2 Most Important Lines in 'Frozen 2'

Macklemore Drops 'Trump's Over' Freestyle, and Not Even Biden Is Safe