This Morning’s Ruth Langsford made her hotly-anticipated return to the ITV show this week as she and Rylan Clark fill in for Holly Willoughby and Phillip Schofield during their annual summer break. As always, laughs and hi-jinx were aplenty but one impression from Rylan of Boyzone singer Ronan Keating left Ruth Langsford momentarily ditching presenting duties for a bit of assistance off-camera.

The moment came as This Morning returned from one of its commercial breaks.

As soon as the cameras returned to the studio, Ruth could be seen wiping away tears of laughter while Rylan was also in fits of giggles.

“Welcome back,” Rylan said through laughter while an inaudible Ruth struggled to regain her composure.

In the end, Ruth just about calmed herself down enough as she continued to wipe tears, telling ITV viewers: “Sorry, it’s really annoying when people are on TV and do this. 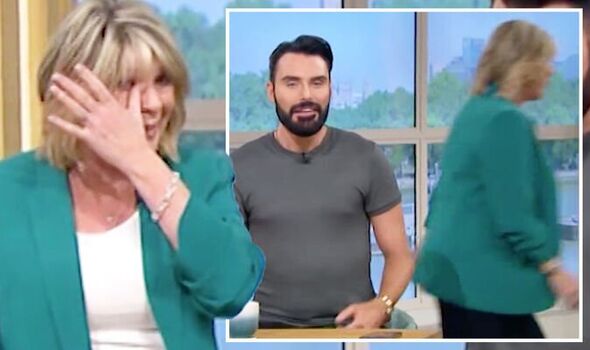 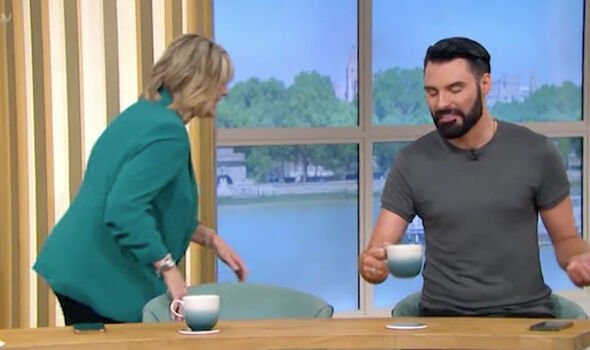 “So you know we were saying Rylan does his Ronan Keating impressions for me during the break… it’s my favourite one,” Ruth explained.

“We love Ronan by the way,” she pointed out as Rylan weighed in: “We love Ronan but if you were watching the show yesterday, I just keep coming out with like Ronan bursts and I don’t know why.

“What did we just have?” Rylan asked as a giggling Ruth tried to reply: “The last one, we just had -“

But spotting the state he’d left his co-host in, Rylan interrupted: “You’re actually crying, we’re gonna have to get the girls in.” 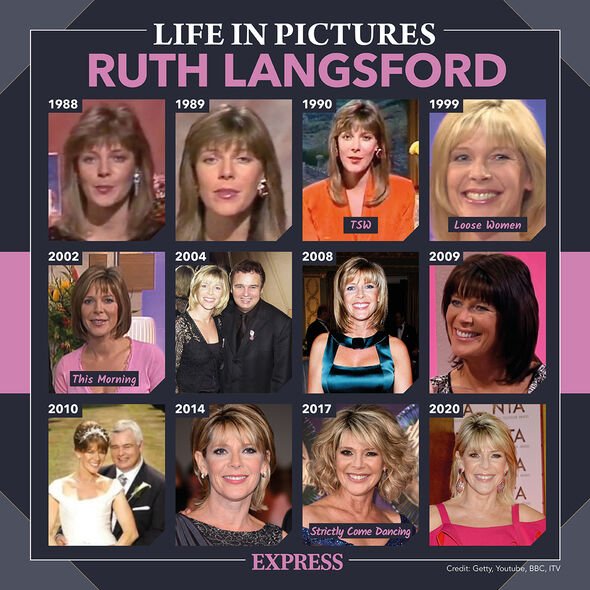 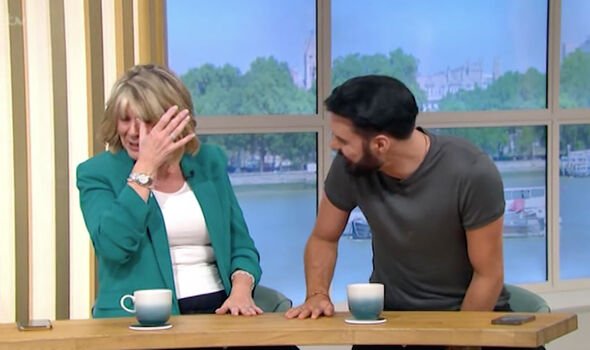 The duo’s laughter showed no signs of stopping and it was only made worse when the producers told Rylan in his ear that they had footage of the impression which was recorded during the ad break.

“What footage?!” Rylan yelled out which sent Ruth further into a fit of giggles as she replied: “They were recording you!”

“You’ve been filming the break?!” a mortified Rylan shouted out before a clip of the impression played out.

In it, Rylan could be seen singing along to Ronan’s classic When You Say Nothing At All while Ruth laughed along.

As the cameras returned to the studio, the laughter set in tenfold as Ruth began wiping away tears again.

And it all became too much as Ruth got to her feet to walk off-camera, telling Rylan: “I need to get a tissue!”

“You go, you go! Don’t worry about it,” Rylan managed to say through laughter while Ruth said while walking away: “Hang on, I’ll be back in a sec.”

Rylan then soldiered through the autocue solo, telling viewers: “Listen, still to come, if you’re feeling peckish, she will be in a minute, Phil Vickery is gonna be in the kitchen with a steak sandwich that won’t break the bank.”

Ruth composed herself and wiped away the final few tears before sitting down and saying to her co-star: “Thank you.”

Eventually, the pair put their hilarious antics aside and were able to move on with the rest of the programme.