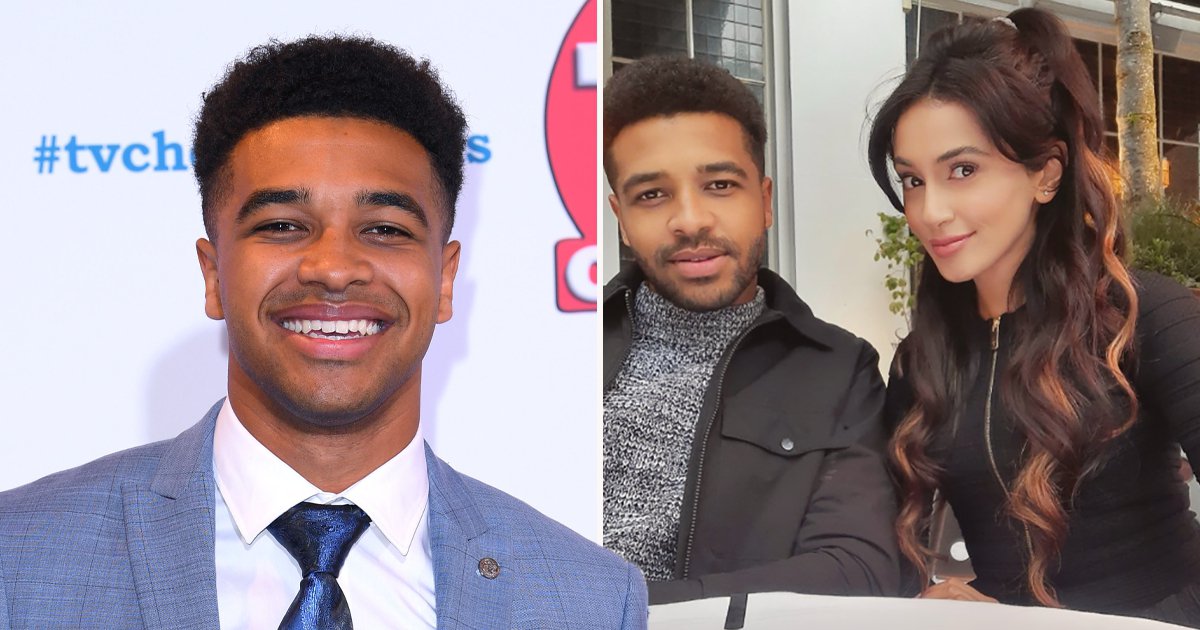 Emmerdale stars Asan N’Jie and Shila Iqbal have reunited after they were fired from the show.

The actors were given their marching orders in 2019 after separate incidents but they posed for a picture together while out in London over the weekend.

Posting a picture of the pair on Instagram, Asan, who played Ellis Chapman in the ITV soap, wrote: ‘CAME BACK 100.’

Shila, who played Aisha Richards, shared the same snap on her page later the same day.

Asan first appeared on Emmerdale in 2018 and attended the TV Choice Awards a year later in 2019 where he was caught on camera threatening Hollyoaks star Jamie Lomas.

Asan was later axed from Emmerdale, with bosses saying in a statement at the time: ‘Emmerdale suspended Asan N’Jie yesterday pending further investigation into an incident at a central London hotel on Monday night.

‘ITV executives have met with him this morning and as a consequence, Asan’s contract has been terminated with immediate effect.’

Meanwhile, Shila was fired from the soap after tweets featuring racist and homophobic language were uncovered.

Apologising for the messages, she said at the time: ‘I want to say I am truly sorry to anyone who I have hurt or offended with the tweets I sent as a silly, uneducated teenager.

‘Please know I do not condone the language I used 6/7 years ago.

‘Even if I was having a conversation with friends and had no malice behind the tweets, the now mature and wiser me knows that it was utterly wrong of me to do so.

‘Also, thank you so much to everyone who has supported me through this difficult time. Thank you to all you wonderful strangers who have reached out and sent messages of support, it means so much.’