Fans just received sad news about “Married at First Sight” stars Erik Lake and Virginia Coombs. The Lifetime reality series follows couples matched up by relationship experts who agree to marry when they first meet. The couples meet for the first time at their wedding ceremony. After marrying, the strangers go on a honeymoon and live together for two months. At the end of the two months, each couple has a Decision Day and decides whether to continue the marriage or get divorced.

“Married at First Sight” is a reality show train wreck that fans can’t stop watching. And “MAFS” fans love Erik and Virginia; the Atlanta couple is affectionate, and they seem to have fun together. But some fans worry that the age difference between 26-year-old Virginia and 34-year-old Erik might cause problems for the couple.

Harper’s Bazaar writer Brittany Luse explained the show’s appeal best, writing, “Cast members are not there to win hearts. The couples are meant to feel each other out, sure, but the show’s true purpose is to assess one’s fitness for the endless, petty conflict of marriage.” Keep reading to find out what “MAFS” stars Erik and Virginia announced on July 15.

Erik and Virginia from Married at First Sight are divorcing 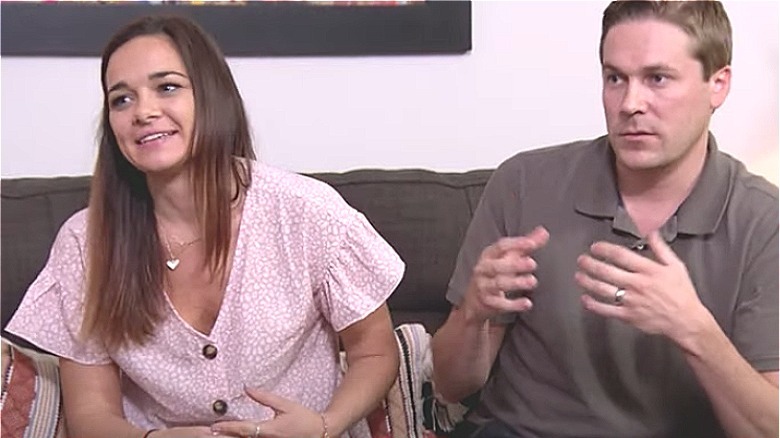 “Married at First Sight” stars Erik Lake and Virginia Coombs are getting a divorce after less than a year of marriage. The couple broke the news of their divorce in a statement to E! News on July 15.

Erik and Virginia’s statement said, “We’ve made best efforts to keep some parts of our relationship out of the public eye. This entire process has been difficult as is without the constant chatter of public opinion.” So Erik and Virginia don’t want to hear the fan chatter? They each signed up to marry a total stranger on reality TV, and their divorce is currently being filmed for “MAFS,” per Page Six.

In their statement, the “MAFS” stars said they have been trying to “make the marriage work since Decision Day.” But Erik and Virginia said the door was still open for a future relationship. “While we have decided to get a divorce, we aren’t closing the doors on a possible future together. We love each other and will continue to navigate our new reality post-show.” We wish Erik and Virginia the best during this difficult time.