Sadiq Khan says to anti-royalist protesting 'Is this the best way?'

Mayor of London Sadiq Khan has questioned the logic behind anti-royal protests, claiming the disruptions in the midst of mass mourning will only hurt their campaign. Speaking to Good Morning Britain, Mr Khan told Kate Garraway that while the right to protest is a “cornerstone of democracy,” it will weaken the republican cause to do so at the Queen’s funeral. There are concerns that public protests could spoil the Queen’s state funeral on Monday, which will be broadcast around the world and attended by world leaders.

Mr Khan responded to the concerns: “The right to protest and free speech are cornerstones of our democracy.

“It’s not a criminal offence to be disrespectful or campaign in bad taste.”

However, the London Mayor questioned whether the Queen’s funeral is the right time for such a demonstration.

He said: “What I would say to anti-monarchists who want to campaign for a republic, is this the best way to get more people on your side?

“To protest at a time when there is an outpouring of grief, sorrow and affection towards Her Majesty and the Royal Family.”

JUST IN: Sophie set to step in – Charles urged to ‘bring Sussexes in from cold’ 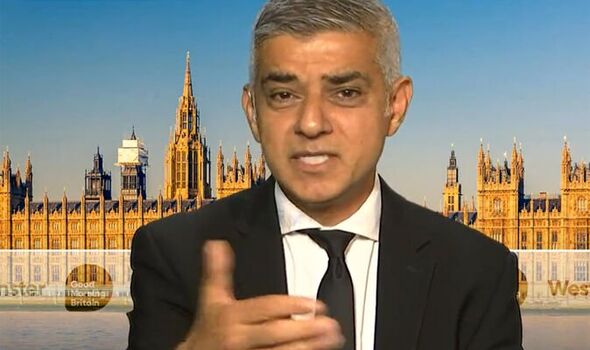 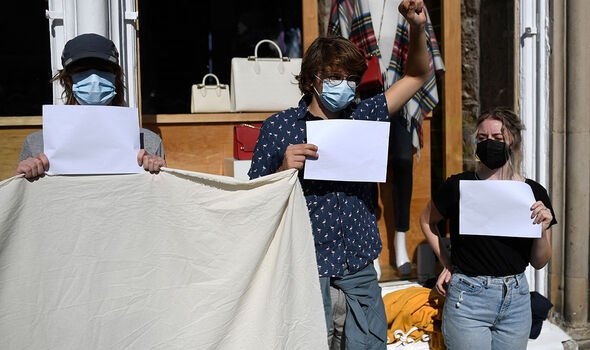 He went on to advise those coming to London for the funeral on Monday to prepare in advance.

Mr Khan explained the operation in place to accommodate the well-wishers: “There are eight big screens in Hyde Park for the overflow.

“There are stands in place, there are places in the footprint to see the procession after the funeral 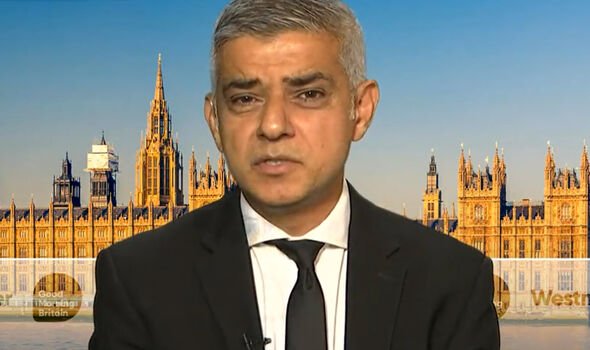 “We are working hard to ensure people have a view of Her late Majesty’s coffin from wherever they are.”

Mr Khan insisted authorities responsible for managing the funeral have been “working for years” to prepare for the event and London will not be at “full capacity” on Monday.

Earlier this week, a former head of public order at the Metropolitan police warned that the Queen’s funeral presents the biggest security challenge the UK has ever faced. 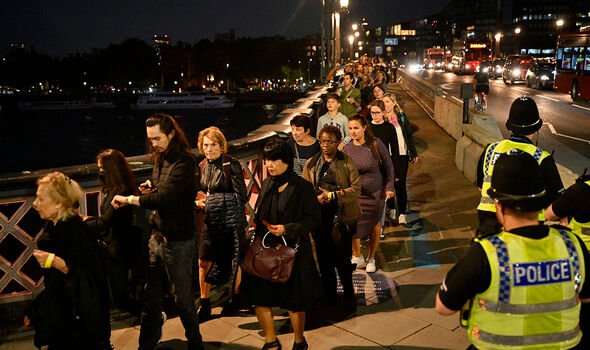 King Charles III is expected to face silent protests from anti-monarchy groups during his visit to Wales today.

The demonstration is expected to begin at 1pm, ahead of the King’s arrival, according to organisers from campaign group, Real Democracy Now.

Former Welsh parliament member for Plaid Cymru, Bethan Sayed, said the group felt “compelled” to respond to the announcement that Prince William had succeeded Charles as Prince of Wales “so soon after the death of the Queen”.

King Charles III faces angry protests in Wales today
Camilla praised for her support of King Charles
She might be Queen Consort but she’ll never give up Ray Mill
Should Charles make Edward and Sophie Duke and Duchess of Edinburgh?
Prince Harry’s memoir to be delayed ‘out of respect for Queen’

It's Official: Keanu Reeves to Star in, EP Devil in the White City Series for Hulu