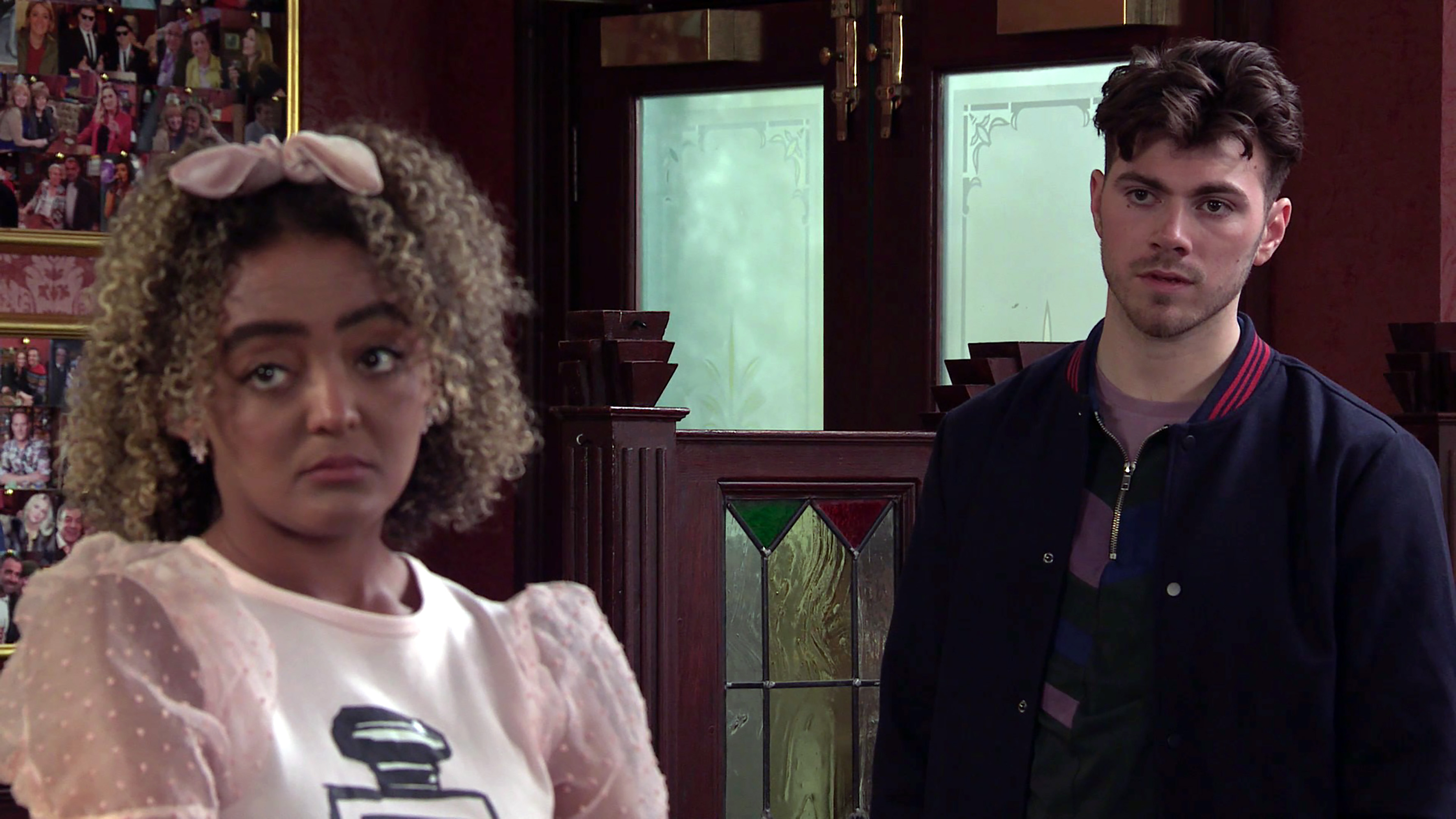 Ackley Bridge’s Sam Retford is about to find himself in front of a whole new audience, when he makes his first appearance in Coronation Street next week.

The 21-year-old will make his cobbles debut on Monday (May 24) as Curtis Delamere – a dashing young lad who soon has Emma Brooker (Alexandra Mardell) swooning.

‘I would describe Curtis as very determined!’ Sam told Metro.co.uk, ‘[and] very hardworking. He’s really curious as well. He’s quite a nervous guy, and I think that is quite nice – I’ve not really played anyone like that before. He’s got a lot to learn, and a lot to offer.

‘We both have the same hair, same eyes! And we’re the same height!’, joked the actor, noting the similarities he shares with his new character. ‘The fact that he’s quite shy, I like that.

‘He’s nice. It’s nice not to be mopping around the place on set. It’s nice to have a character who is happy and enjoying life.’

Emma’s heart flutters upon meeting handsome Curtis, and the two hit it off almost straight away, as he offers to help her move barrels to the store.

‘I think he sees almost like a fresh start [in Emma],’ Sam continued, ‘Like a complete new chapter, and I think that’s exciting for him!

‘Once he sees that someone is almost taking him under her wing, I think he really likes that. He tries to win her over!’

Steve McDonald (Simon Gregson), however, could prove to be a thorn in Curtis’ side, as he’s not so keen on his daughter’s choice in man – as it comes to light that he previously had a run in with Curtis himself!

We’ll just have to wait and see what transpires when Curtis is confronted by Steve, but actor Sam couldn’t be more excited about what the future holds since joining the cast of one of Britain’s most-loved serial dramas.

‘I was on the M60, I had a set of 8ft long school lockers hanging out of my car, I was building a film studio at the time, so I couldn’t hear anything,’ the star told us, describing the moment he got the call to tell him he was cast.

‘The boot was open, the windows were open – all safely strapped in of course! – and my manager rang me up. I could barely hear what she was saying but I did catch that she said that – for some reason -they wanted me to come in and portray Curtis. I spent the rest of the journey very happy!’

‘Although the first day was very overwhelming, by the end of it I felt like I had settled in and found a new home. I was on the cobbles and in the Rovers in the afternoon. It was the most Corrie day on Corrie that someone could have on Corrie!

‘Curtis likes his boots so trotting around on the cobbles was great fun!’

Sam’s biggest role to date was as Ackley’s Cory Wilson – a role he played for three years. However, he has also made appearances in Hollyoaks spin-off Tom’s Life, as well as in an episode of Casualty.

‘Corrie is just a wicked new experience, you can’t rank them,’ he said, discussing how Coronation Street compares to what he’s done previously. ‘That’s the thing about this job, every single day it is different, every single job is completely different.

Speaking about working on a soap in comparison to other forms of drama, Sam added: ‘It’s totally different, it’s a different skill.

‘Learning and unlearning things – on my first day I came in with a prerequisite of how I’ve worked before, and you have to just throw that all in the bin! It’s totally different psychologically! It’s a good training ground.’

Strictly finalists 2020: Who are the Strictly Come Dancing finalists?

'Below Deck Med': Will the Series Introduce a New Chief Stew for Season 6?