Eric Blackburn (played by Judd Lormand), Mandy Ellis (Jessica Paré) and the rest of the SEAL Team embark on a high-stakes mission near the end of the second season of the popular action series. Unfortunately, some keen-eyed CBS viewers spotted some baffling continuity blunders during their descent into Turkey.

Some SEAL Team viewers were distracted by a glaring continuity error in the 12th episode of season two, ‘Things Not Seen’.

Halfway through the show’s follow-up instalment, Bravo leader Jason Hayes (David Boreanaz) leads his team on one of their most sensitive missions to date.

At the start of the episode, the team is deployed in Turkey near the Syrian border in order to extract an American woman, who was formerly an ISIS bride.

The prisoner is being held captive inside a city mausoleum and surrounded by an army of ISIS militants, so the team exercise as much caution as possible. 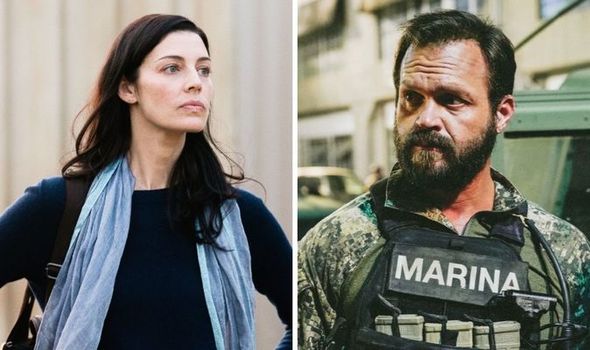 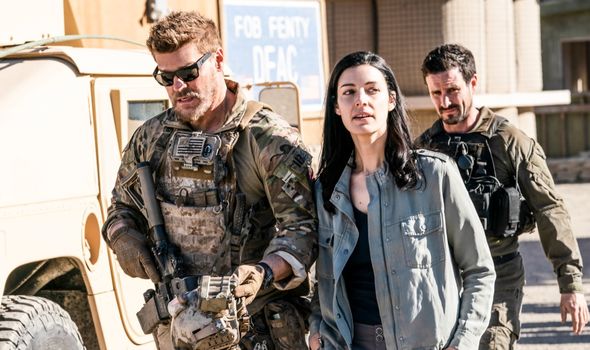 However, whilst Hayes and the marines remained focused on getting their target out alive, a number of fans in the audience couldn’t help but notice something strange about their arrival.

One particularly critical viewer took to online message forums after taking issue with the logistics of Bravo Team’s air drop into Turkey.

They wrote: “Six people jump out of a C-17 and Blackburn and Mandy are aboard the aircraft.”

The sequence makes it clear that both Blackburn and Mandy remained on board whilst the rest of the team jumped out over the Syrian border. 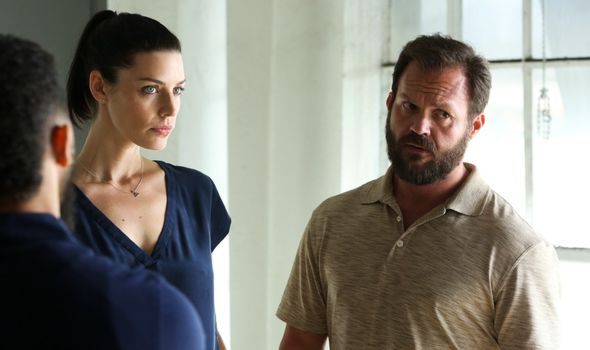 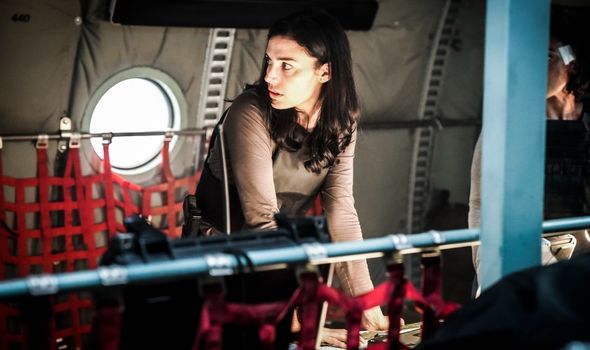 The post continued: “The next shot shows the SEAL team in the air with parachutes.

“Then the scene goes to an air base in Incirlik, Turkey. Blackburn and Mandy are there.”

SEAL Team makes use of some quick editing to get the team in their respective positions in a matter of seconds.

Unfortunately, the cut between Blackburn, Mandy and the rest of the team’s location seemed to have completely destroyed the timeline of events.

Finally, they added: “How did that airplane get from 200 miles inside Syria to a Turkish airbase before the SEAL team even hit the ground?”

Clearly, this fan’s knowledge of geography is much better than the writers’ behind this particular episode of SEAL Team.

‘Things Not Seen’ made the mistake of clarifying Blackburn and Mandy’s destination in Incirlik, moments before the team touched down.

As Incirlik is well over 100 miles from the nearest point on the Syrian border, this would mean the team’s C-17 was travelling at lightning speed in between shots.

They posted: “In the first scene an armored vehicle is approaching with a small slit for the driver to see. In other scenes the driver has a much bigger window.”

Unfortunately, the continuity team clearly let some things slip in this earlier episode of the series.

Thankfully, SEAL Team has only grown in popularity and quality over the years, and will soon be kicking off the first five episodes of season five on CBS before moving over to Paramount+.

SEAL Team is available to watch on CBS in the US.