Shetland: Douglas Henshall on being apart from family

Tosh (played by Alison O’Donnell) was seen trying to escape from a caravan which exploded into flames at the end of the instalment. The episode quick cut to the credits meaning fans will have to wait a week to learn Tosh’s fate.

Immediately after the episode came to an end, the BBC Press Office Twitter account shared a huge spoiler.

Understandably, viewers who hadn’t watched the episode were furious and shared their frustration.

The tweet read: “Is it the end for Tosh? Find out when #Shetland returns next Wednesday (31 August) at 9pm on @BBCOne, @BBCiPlayer and @BBCScotland.”

Martin Gray fumed: “Oh behave, glad I watched it on catch-up before seeing this. Delete this tweet, eh @bbcpress?” 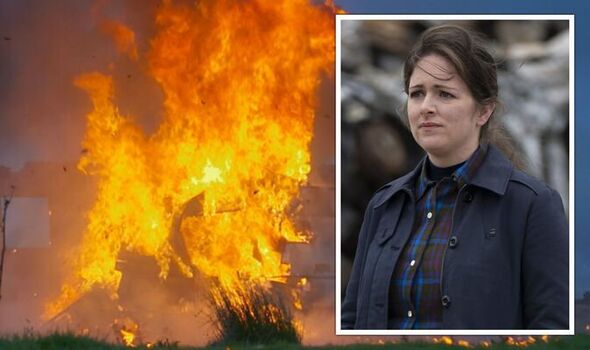 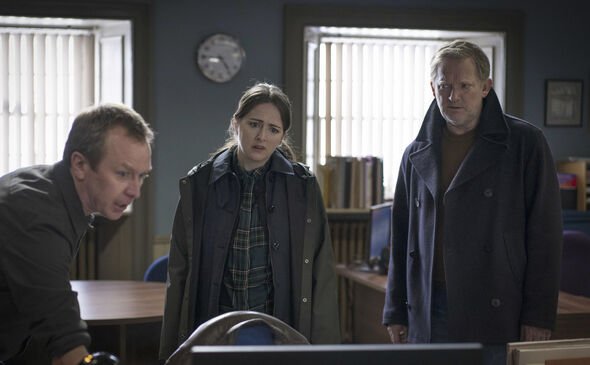 “Jeez, I was just about to watch it. Do we really need spoilers JUST after TX???” David Furness raged.

Norman Ivison complained: “Oh no. Just started watching it on iplayer. Why no spoiler alert?!”

She explained: “This series is jam-packed with twists and high-octane drama. It’s not to be missed! 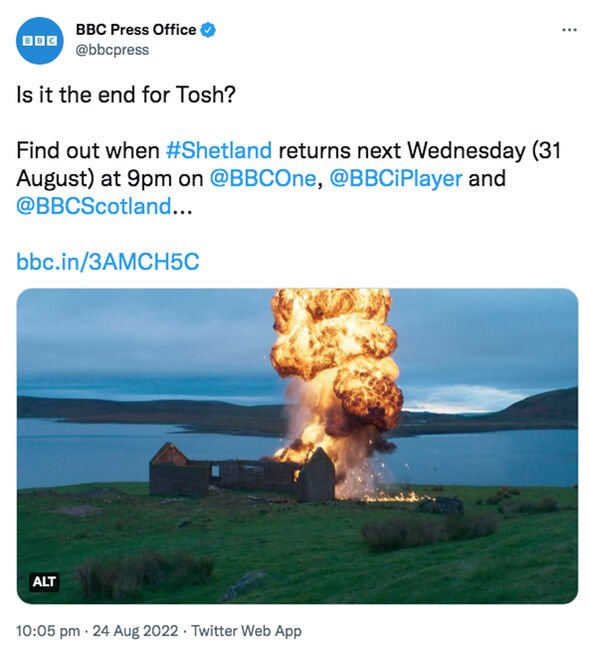 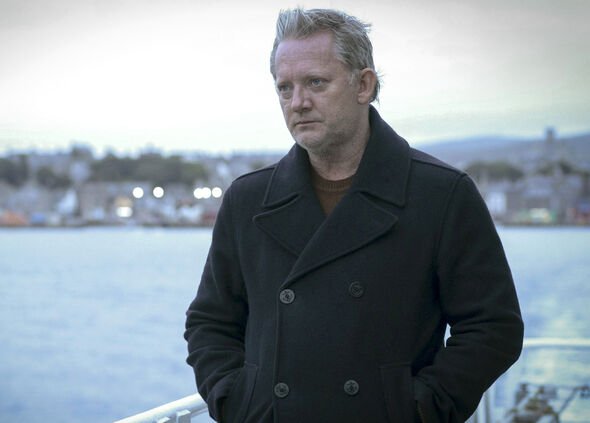 “Our guest cast is absolutely outstanding, as ever, and there are some big moments for the core cast too, with Perez’s ending and another series regular being thrown into serious jeopardy.”

Unfortunately for fans, the synopsis for episode four doesn’t give too much away regarding Tosh’s fate.

It reads: “Perez issues a warrant for Connor’s arrest and looks for the motive behind his bomb-making.

“Sandy tries to find out what business William Rodgers had in Shetland.”

If Tosh does perish in the fire, it will mean the BBC series will be saying goodbye to two major characters.

Actor Douglas Henshall explained it was time for Jimmy Perez’s story to come to an end.

He shared: “I decided to leave a few years ago because I felt that his story was coming to a natural end – it was time to find a resolution to Perez’s private life.

“I never wanted to ruin the things that were unique to him and our series, so it felt like the right time to wrap up his story in a way that would be satisfactory to everybody.

“I am aware we’re not changing the world in any way, shape or form, but as far as crime shows go, Shetland does really well in that genre.

“We tell stories that are very good, the characters are great and I wanted to go out on a high.”

Shetland airs Wednesday on BBC One at 9pm.