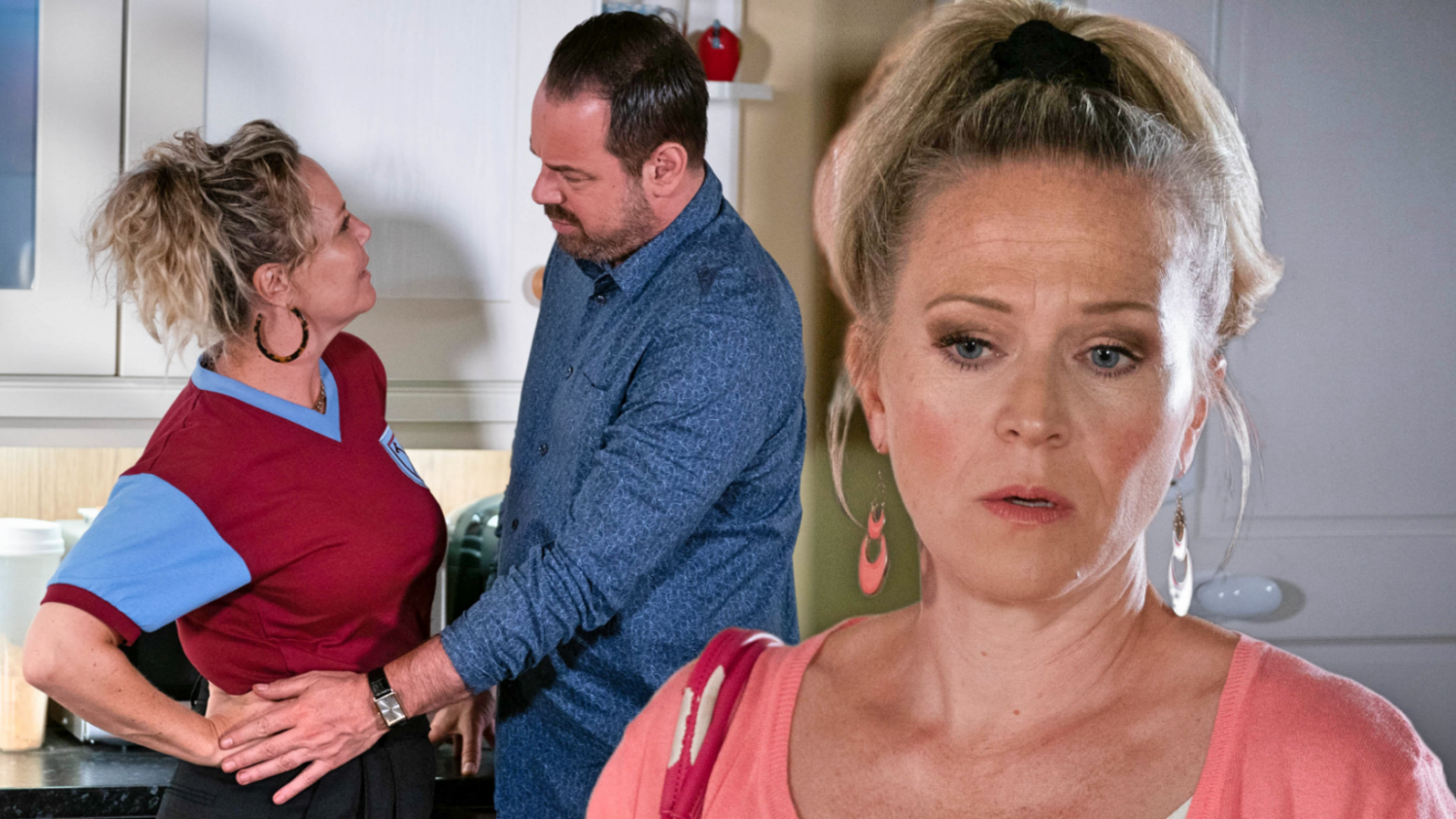 Janine Butcher (Charlie Brooks) has a surprise in store for Mick and Linda Carter (Danny Dyer and Kellie Bright) in EastEnders, as she reveals that she is pregnant!

The show’s resident schemer makes the discovery on the very same day that Linda has a meeting with her brief to discuss custody of baby Annie.

Annie, as viewers will recall, was taken away from Linda after Janine blackmailed Jada Lennox (Kelsey Calladine Smith) into setting her up, planting bottles of alcohol all over her home before calling social services.

Despite Jada not revealing the truth before she left, Linda was able to tell the police that the phone call to social services was malicious, and thus the charges were dropped.

The situation with Annie still needed investigated, but social services were happy for the child to live with a relative or a loved one, which his where Mick came in, as he’s been looking after Annie ever since.

Next week, Janine has planned a day trip with Mick but it clashes with Linda’s meeting. However, when she starts to feel unwell, she encourages Mick to join Linda instead.

After pleading her innocence over setting Linda up with social services, she realises that it would also benefit her for things to go well in court.

With Mick gone, Janine is further convinced that she has a bug when Scarlett (Tabitha Byron) also comes down with something.

However, it soon becomes clear that they are not suffering from the same illness when Janine faints.

Sonia (Natalie Cassidy) accompanies Janine to the hospital, where they receive the startling news that she is pregnant.

While Sonia piles on the pressure to tell Mick about the pregnancy, will Janine keep it to herself?

Mick, meanwhile, reassures Linda that he still cares about her and thus offers to help her fight to win Annie back.

Later in the week, Linda opens up to Sharon Watts (Letitia Dean) about her feelings for Mick, as she realises that he’s paid for a new lawyer for her, something which Shirley (Linda Henry) takes great pleasure in telling Janine.

Linda, having thought about her next move, resolves to profess her love for Mick. But will Janine allow her the opportunity to do so?

Janine has been determined to ruin Linda for months.

Before the debacle with social services, she framed Linda for drink driving after leaving her unconscious behind the wheel of the car.

However, she was bitterly disappointed when Linda walked away without a prison sentence.

Could this pregnancy news be just the thing to drive Linda away for good?