Sir Tom Jones will be back on Saturday as The Voice UK makes its return to ITV. Joining Sir Tom on the judging panel will be Olly Murs, Anne-Marie and Will.i.am, while Emma Willis will take centre stage to host the show. When the judges aren’t busy filming for the talent show, they are off on tour and working on their solo projects.

Sir Tom, who has been touring up and down the country, will also be travelling to the States later this month to continue his worldwide tour.

However, speaking exclusive to Express.co.uk and other press, the 82-year-old admitted he struggles to stand all the time on stage when he’s performing.

The Sex Bomb hitmaker, who is currently walking with a stick, went on to add he finds it easier to sit down and sing as he awaits a hip replacement operation.

“I can do about four songs… and I can walk on [stage],” Sir Tom began. 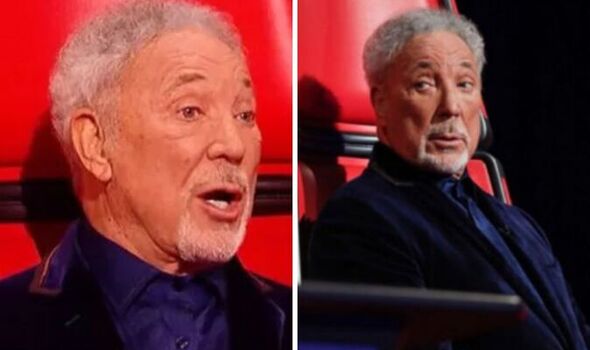 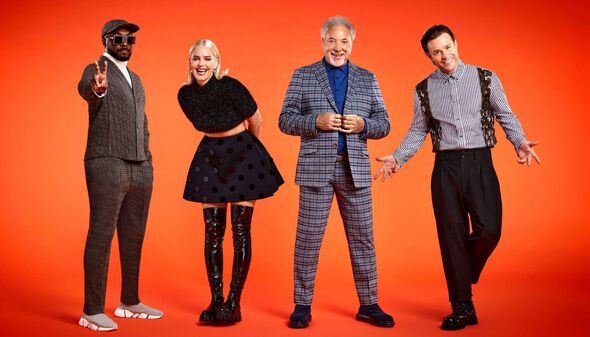 “I have an inversion table in my dressing room, so you go upside down for a couple of minutes.

“You go on that, and you think, ‘This is great’ because you walk, and it hasn’t settled down yet.

Referencing his tour, Sir Tom continued: “So in my show, I sit down for the song called Windmills of your Mind. 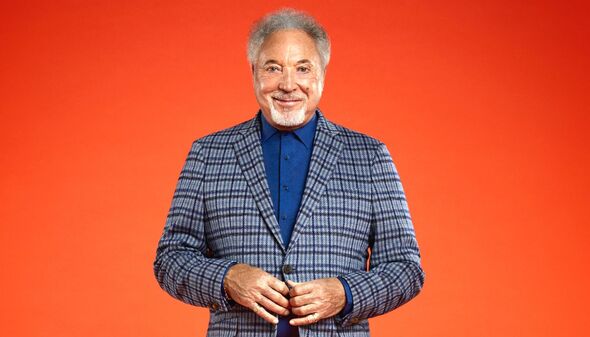 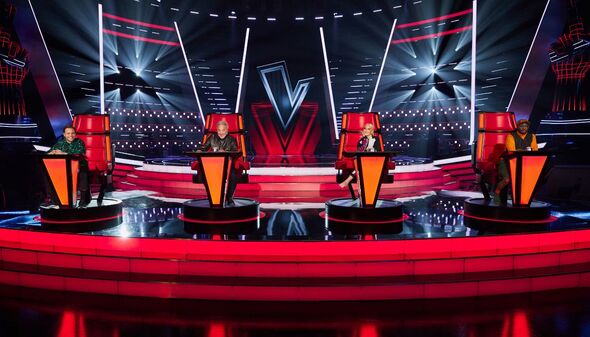 “So, I’ve been doing that anyway, you know, sitting down for that. But then I would get up and do more, now I don’t get up.”

“I walk on [stage] I do four songs and then I say, ‘Look, normally I would get up after this, but tonight…’”

However, ahead of his US tour, Sir Tom said he aired his concerns to his son about how fans will react to his new style of performance on stage.

“I said to my son, ‘Look, I hope they don’t mind when I go to America that I’ll be sitting down for most of the show,’” the It’s Not Unusual hitmaker explained.

“He said, ‘Don’t worry about it, as you get a better view sitting down than you do standing up’.”

When asked if he is taking a lot of pain medication for his hip, Sir Tom simply replied: “No, I don’t take any.”

“It’s fine,” he insisted as he explained he would only get pain if he tried to walk a great distance without his walking stick.

“I am just biding my time now until I can get a new hip,” Sir Tom added.

On Saturday, Sir Tom will be back in his iconic judge’s chair as he embarks on another series of The Voice.

The ITV series will be back with the blind auditions, as the celeb judges battle it out against each other.

The block button will also be making its return this weekend, and Sir Tom joked that he, Anne-Marie and Will.i.am make it their mission to use the block button on Olly.

Sir Tom went on to add that the talent on the show, is “bigger and better” than before.

The Voice begins on Saturday at 8pm on ITV.

Katie Price: Harvey and Me viewers' shock as disabled teen furiously bangs his head against door during anxiety attack