Disney Pixar’s latest tissue-clutching life-lesson movie, Soul, was released on Christmas Day of this year. The film focusses on Joe Gardner (played by Jamie Foxx) who, after dying hours before fulfilling his life’s dream, is fighting for a way back to Earth to continue his journey into stardom. Along the way, Joe – and subsequently, viewers – are met with some really monolithic notions, such as the meaning of life, what is means to really live, and chasing ones dreams. Joe is an avid Jazz fan and musician, and has been yearning to play with his heroes for years, whilst also struggling to handle the responsibility of being a middle-school music teacher, both of which are wrapped up into his existential crisis.

Over the course of the Disney Plus epic, Joe and his viewers learn all about the message he has been given, and how his new friend, 22 (Tina Fey), helped him become a better person.

Although Jamie Foxx is the recognisable voice for Joe, he also did some motion capture in order to bring the character to life.

A lot of care and attention was brought to the table for Foxx’s digital rendition, as he plays the first ever black lead character in a Pixar movie.

Despite this, it has now been revealed that some scenes which involve Joe playing jazz piano were not performed by Foxx. 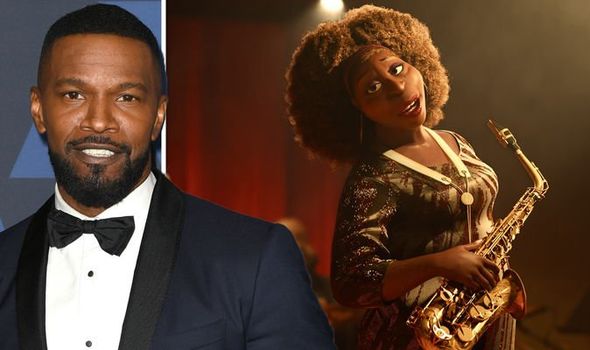 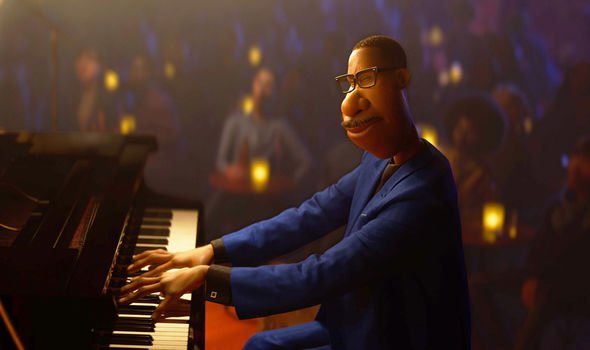 Soul’s composer Jon Batiste recently spoke out about creating the sounds and music alongside the wondrous visual display of the film.

During an interview Batiste spoke candidly about the large questions brought up in Soul.

He said: “All of that is so much that we can’t even put it into words, but when Joe gets into the zone, the music speaks to that – the feeling of being connected to something bigger than us.”

Fans will recall that when Joe goes into “the zone” he more-or-less transcends human reality, and goes into the ethereal world of inspiration. 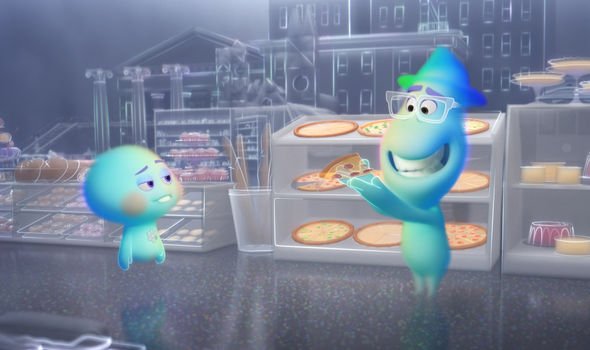 As a jazz pianist, Joe’s method of reaching the zone involves him riffing on the ivories – but these sequences were not acted out by Foxx.

According to the interview, Batiste’s hand and finger movements were filmed as he played the film’s music, creating a guide for the animators to bring the performance to the big screen.

Batiste added that the film and its score also work as a sleeper introduction to the world of jazz for young audience members.

He commented: “Think about a kid who has never heard jazz music before.”

A lot of the film’s unique look and feel were brought to life by the hard work of its creators, including production designer Steve Pitcher.

Speaking in the same interview, Pilcher explained how he loves “things that are profound”.

Using this thought process, Pilcher then detailed how he created The Great Before, where Joe ends up after dying.

He explained the afterlife was very “un-Earth-like. It was very translucent and opaque.”

Pilcher continued: “Everything had a softness to it, and yet, it was desaturated.”

Soul is the first Disney Pixar film to be released on Disney Plus before hitting cinemas.

This isn’t the first time Disney has used this tactic, as Mulan was also released on Disney Plus for free earlier this year.

Soul is available on Disney Plus now.