Austen Kroll isn’t exactly finding this season of Southern Charm to be all that charming, at least personally. When the trailer debuted back in September, nearly every other scene cut to Austen. In the two-minute clip alone he’s called “little b***h,” “beta b***h” and “p***y.”

“You kinda feel like you’re on a lonely island and you’re, like, what?” Austen says of being caught in drama, his girlfriend pulling him one way and Craig the other.

“I have [Madison] telling me Craig is not my friend, and I have [Craig] telling me that the girl I love doesn’t really care about me? Great,” he teases. Austen says the biggest gut punch in the season 7 teaser was seeing Madison tell Craig that, no, she doesn’t love Austen.

Today, Austen won’t say whether Madison is still his girlfriend (she’s seemingly wiped her Instagram of any couple photos), only describing their relationship as “shaky.”

“Does that surprise you?” he asks. “We are always kind of up and down, but considering that we are so strong on these first couple of episodes…” he adds, before rephrasing that as “on this season,” hinting that a split may play out on camera as more episodes air.

Austen called Madison his “soulmate” at BravoCon a year ago, and it’s a sentiment he sticks by, whether they’re together or not. 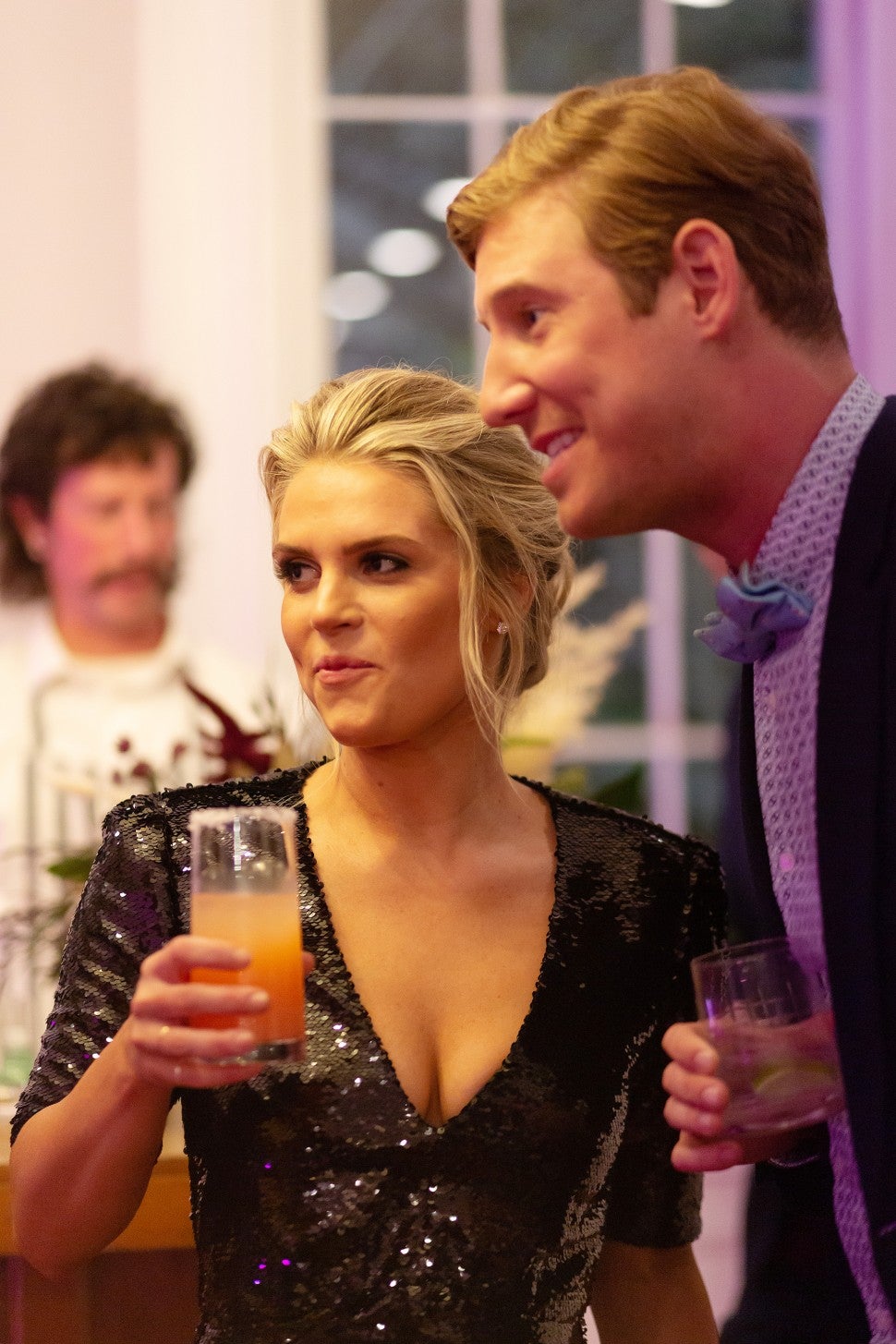 “I feel like when we’re together, like, I can take it on; I can take on whatever,” he muses. “That’s a good feeling to have. She makes me want to be better. Like, be successful, the kind of person that deserves to be in a loving, committed relationship.”

Complicating things for Austen is the fact that his friends don’t exactly like being around him when he’s with Madison. Craig and Shep Rose have made it clear they don’t think this is a healthy relationship for the King’s Calling Brewing Co. founder. Both men claim Austen ignores advice and red flags when it comes to Madison.

“What sort of advice could Shep possibly give to anyone about relationships?” Austen offers in response. “They don’t have anything constructive to tell me. … Maybe they did at one point — I don’t even know when — but even back when I told Shep [we were dating], he was like, ‘Dude, you’ve got to tell her that she has a kid and you don’t want any part of that.’ So even back then he was just, like, ‘I want my wingman…’ and, ‘I want my buddy to be with me and go get drunk at the bars…'”

“And then there’s Craig,” he says, “and every story of Craig’s begins with, ‘Back when Naomie [Olindo] and me were dating…’ and I’m like, Craig, dude! Two-and-a-half years ago, bro! Get over it. She is definitely freaking over it. Craig is miserable and he is heartbroken, still. So his misery wants company.”

Austen says it’s hard to take in anything Shep or Craig have to say about his love life because they only want to talk about it when things are bad, never when things are going well.

“I can’t tell Shep anything about Madison, I can’t,” he claims. “He has a one-track mind and he has something on his mind and he’s like, ‘This is what it is, this is the way she feels about you…’ and I’m like, it’s not always so black and white and so cut and dry, dude.”

Shep and Madison’s friendship, or rather lack thereof, only makes the dynamic here more intense. The pair fell out during season 6 when Madison alleged that Shep gave co-star Danni Baird an STD, a claim both Shep and Danni have vehemently denied. Then, Shep tried to get even by showing up to an all-cast event with two women with whom Austen may or may not have had a threesome. A video of Madison finding the ladies in Austen’s apartment went viral ahead of season 6 (and was played ad nauseam in various episodes). After a tense reunion, Shep said he was getting out of the mud and would stop taking shots at the single mom; but then, in the season 7 premiere, an ex-fling of Madison’s popped up at a party Shep threw.

“You think episode one, that was just an absolute happenstance that one of the 13 people at his s**t party that showed up was a part of this drama that he couldn’t wait to run around the party and tell everyone about?” Austen asks. “Like, you think that was just a coincidence? Come on.”

Shep has been adamant that Madison’s one-night-stand’s appearance at the party was not a set-up, but still apologized to her for the incident… although his apology came in the middle of a big work event for Austen, a wine and food festival where he was hocking his beer. Shep and Madison volleyed words back and forth at Austen’s booth, much to his dismay.

“They both have to say the last word, they both have to be the most imposing figure,” he remarks. “They are kinda the same when it comes to that. As much as they can say they don’t like each other, I’m like, y’all are the same person.'”

When pressed about why he surrounds himself with a best friend and a girlfriend who seem to create chaos, Austen admits he does enjoy the drama.

“I don’t want to say I’m attracted to drama, but, OK — let’s say … on some level, I guess, it gets me going,” he offers. “It’s very tough to not have one of your ‘good friends,’ which, he is, but he does these things and it makes me want to put that in quotation marks, because he … does these things and I’m like, you are the worst!”

Shep’s friend, season 7 newcomer John Pringle, is — surprise — also a part of the Madison drama, as he makes it no secret that he has a crush on the hair stylist. Encouraging him is Patricia Altschul, the series’ (unofficial) matriarch who’s attempting to play matchmaker for John and Madison. 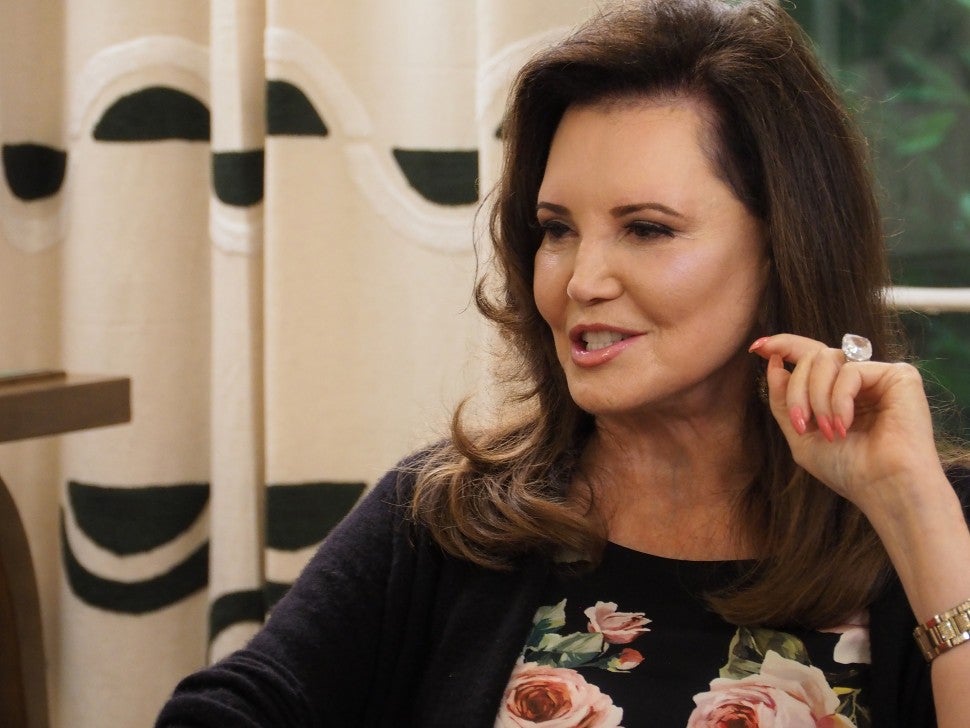 “She is very career driven, she’s ambitious and he is so… lackadaisical,” Pat remarked on a recent episode, speaking to John about Madison and Austen. She then took a dig at his beer business, noting, “He’s in three stores in Charleston. This is not Budweiser. Madison deserves Budweiser.”

“I was definitely disappointed to see that, but not entirely floored, right?” Austen shares. “You know, Patricia, as a rich person does, gets a blowout from Madison two, three times a week — like, I don’t think that woman has washed her own hair in her entire life, you know? So, Madison washes her hair and they talk and gossip and do the whole thing, and [Patricia’s butler, Michael] makes them a nice, little drink and, as most girlfriends do, they tell them the negative.”

“So, [Patricia] was like, ‘Oh, honey. I have a man for you. He’s a 45-year-old divorcee…’ and all these things and it’s, like, she knows how close that [her son, Whitney Sudler-Smith] and I are, and I just thought that made her and I … friendly, more than friendly,” he adds. “God, I’ve eaten dinner at her home many, many, times, so I was surprised.”

Austen says Patricia was “through the roof” when he started dating Madison, recently claiming on social media that Patricia was excited when he and Madison got together because it meant she had a shot at joining the show. The two recently got into it over that suggestion in the comments section on Instagram.

“I’m like, do you want her to be on her fourth marriage, too?” Austen asks, taking a dig at Patricia’s relationship history. He teases that his and Pat’s “feud,” if one could call it that, will pick up by season’s end. Austen admits he’s dreading seeing a conversation he had with the one-time New York socialite.

“I don’t want to oversell it, like I’m coming for her,” he then cautions. “That’s not what happened at all.”

As for where he and Madison go after their ups and downs (and this potential love triangle with John), Austen simply says to stay tuned. He still thinks Madison could be “the one.”

“As I’ve gotten older, and seeing a lot of friends that have begun to get married and find ‘the ones,’ it certainly made me think about it,” he shares. “With Madison, it’s always been like, OK, if we can do this consistently for, like, a year plus, it’s like, yes. Like, ‘I do.’ I’ve never felt this way about a person before.”

“She makes me feel a type of way,” he reiterates. “Like, the next one that comes along, if it’s not her, I’m not dating anyone until they are ‘the one.’ That’s basically what’s gonna happen here.”

Outside the relatively low stakes of Austen’s dating drama, this season also takes on bigger issues, like the nation’s reckoning with racism. Viewers will see the cast tackle the topic head-on as the season continues. 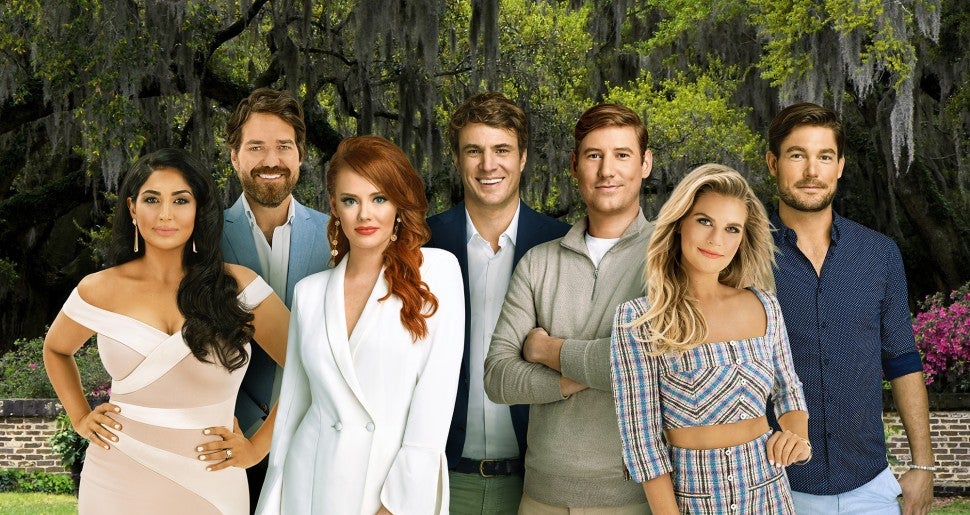 “I think it’s very important to take it head-on, because … before, we didn’t talk about it, and our show was, like, a bunch of white-privileged nonsense,” Austen says. “It’s tough, and I know that we all have an opinion on it, but some of us are more timid than others to just attack it.”

“I’m kind of terrified — and some might say you have no backbone — but, like, it’s just tricky waters that we find ourselves in,” he adds. “But we do attempt to breach it, and I think that’s important. That’s all you can do, is listen and try to learn and better yourself.”

Austen says the cast’s commitment to being truthful about their experiences and the South’s history will prove any naysayers or doubters wrong.

“Everyone on the show can pat themselves on the back,” he says. “Y’all will be like, ‘Wait. What?! We have to wait for season 8 now?’ Like, in typical fashion that’s what happens when you watch the show, and I think it’s gonna continue with tradition.”