SOUTHERN Charm's Kathryn Dennis shared an early holiday photo of herself walking hand-in-hand with her two children, after an emotional reunion with her ex Thomas Ravenel.

The 30-year-old reality star walked down a sidewalk in Charleston, South Carolina, holding hands with daughter Kensie, 7, and son Saint, 6. 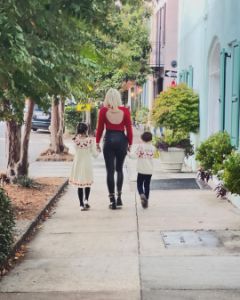 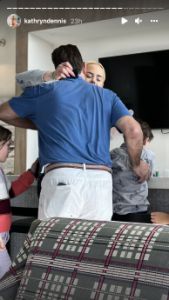 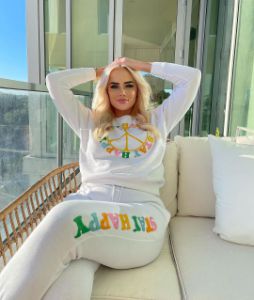 Her children wore a dress and sweater, respectively, with matching Christmas designs.

She captioned the sweet pic: "Walking into the holiday season with intention, Christmas cards coming soon," and added #lovebeingtheirmom.

Kathryn has seemingly been spending more time with her kids, despite being enveloped in a nasty custody battle with her ex Thomas for years.

Kathryn ended up losing her rights to her children in March, after the 59-year-old politician accused her of drug abuse and neglect, which she has denied.

A source revealed to The Sun that “she has supervised visitation during the day Saturday and Sunday every other weekend," but the transition has not been easy.

She recently broke down in tears because she admitted to "missing her babies."

The TV star spoke candidly about being separated from her children, saying: “There will be a lot more difficult times than good times when you are without your kids."

She explained: "It is exhausting to constantly defend yourself from someone who is trying to change reality – it can even make you question what you know happened, or what is true.

"It can be exhausting to live two lives: One for your children and for the world (everything is fine), and the other where you are beaten down by the family court system. We see you and we stand with you. You are not alone."

Recently, however, there seems to have been a crack in their emotional wall, after Kathryn and Thomas reunited at their son Saint’s sixth birthday.

The Bravo star shared personal snapshots of the family reunion on her Instagram Stories, including one snap in which the Southern Charm star appeared to be in good spirits, as she closed her eyes and hugged Thomas.

The celebrations continued in the next photo as Saint took a chomp out of the corner of his birthday cake. 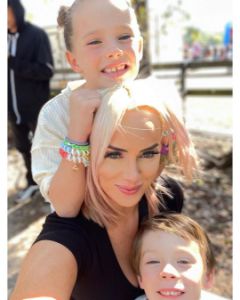 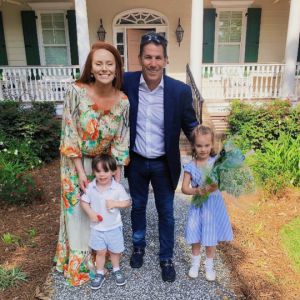 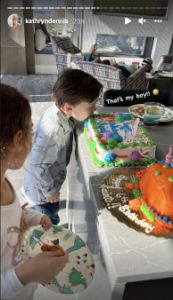