Home » TV & Movies » 'Spider-Man: Into the Spider-Verse' Post-Credits Scene Explained – What You Need To Know About Spider-Man 2099 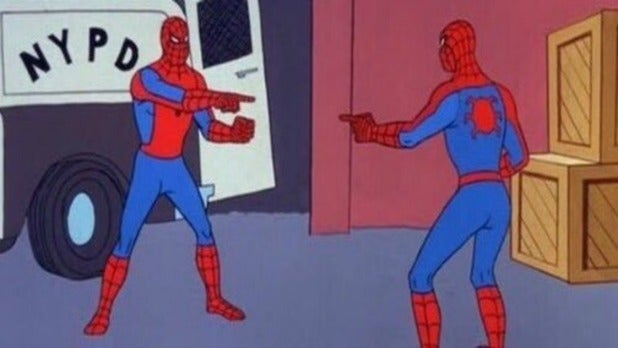 You didn’t think a movie about a bunch of alternate universe Spider-People would avoid that joke, did you? It’s a hilarious bit that initially feels like just a fun throwaway gag until you discover that none other than Oscar Isaac is providing the voice for Miguel O’Hara.

Given that star power, it’s tough not to assume that Spider-Man 2099 will have a part to play in any potential “Spider-Verse” sequels — one has already been greenlit, actually. So for those who, like me, were mildly disappointed that Miguel missed out on the bulk of the shenanigans this time around, that post-credits scene provides an enticing prospect. Though, to be clear, we still don’t know for sure that Spider-Man 2099 be in the next “Spider-Verse” film. But we can’t help but hope, either way.

With over 30 years of theatrically released Marvel movies, it’s always a good a time to rank ’em all, from “Howard the Duck” to this year’s “Black Panther,” “Avengers: Infinity War,” “Deadpool 2,” “Ant-Man and the Wasp,” “Venom” and “Spider-Man: Into the Spider-Verse.”

Emmerdale spoilers: Dog murder horror as Millie Tate's pooch Princess is locked in a hot car and left to die