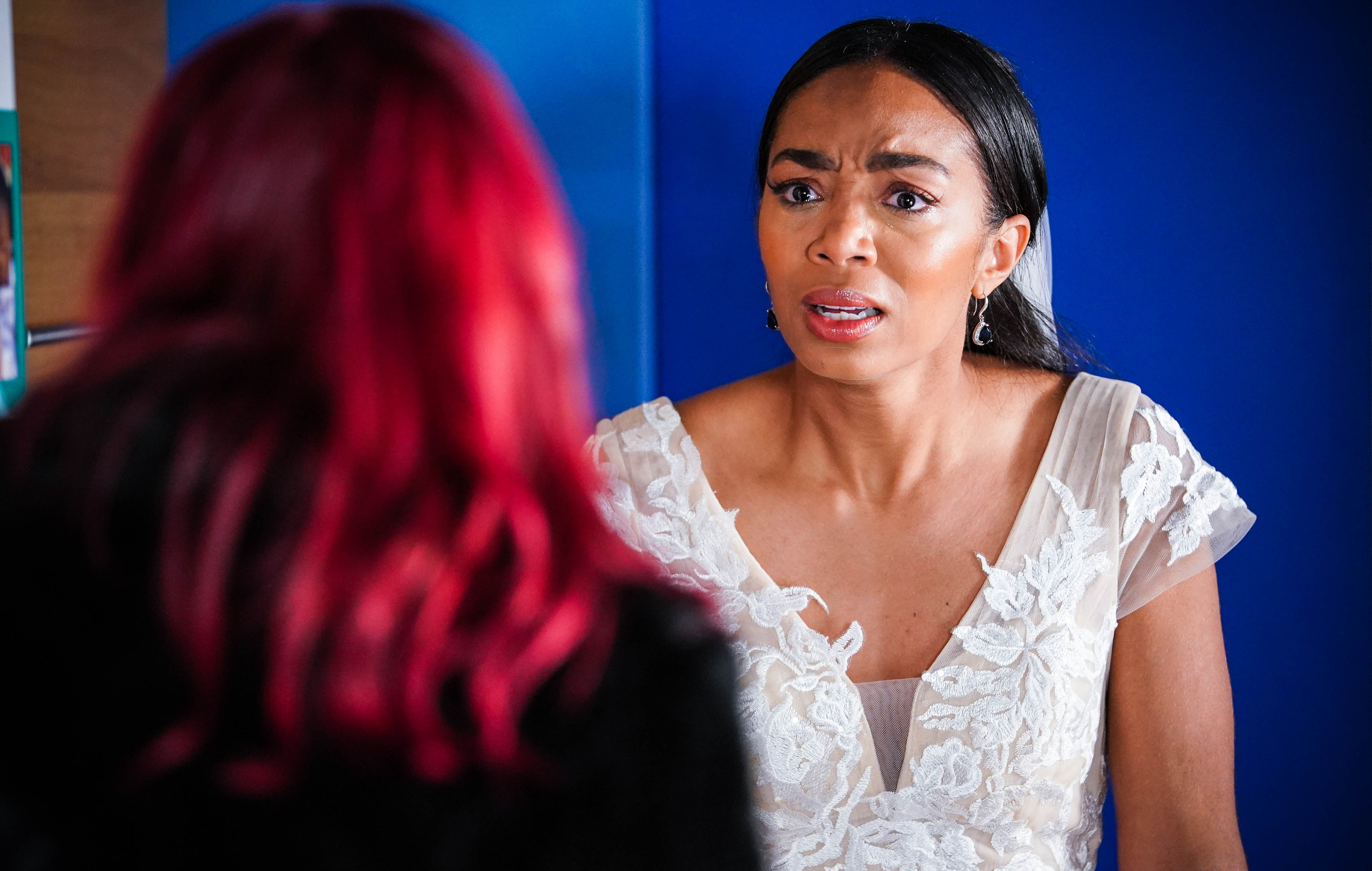 Over the festive period, it was Whitney (Shona McGarty) who worked out Gray murdered Chantelle.

Despite knowing her husband is a murderer, Chelsea will continue living her life over at No.1.

Unaware of what Chelsea and Whitney both know, Gray puts a plan into place.

Coming up, the doctor gives Chelsea and Gray an update on baby Jordan and it’s good news, things are moving in the right direction.

Gray tells Chelsea that he’s hopeful they can start their future together soon, which leaves her feeling anxious.

Meanwhile, Chelsea steals a moment to meet with Whitney – but what will they discuss?

Further spoilers tell us Denise will invite Chelsea and Gray for dinner, but Gray chooses to paint a different picture to his wife in a bid to isolate her.

But how far will things go with Gray before Chelsea and Whitney reveal what they know?

Are Chelsea and Whitney planning on telling the police?!