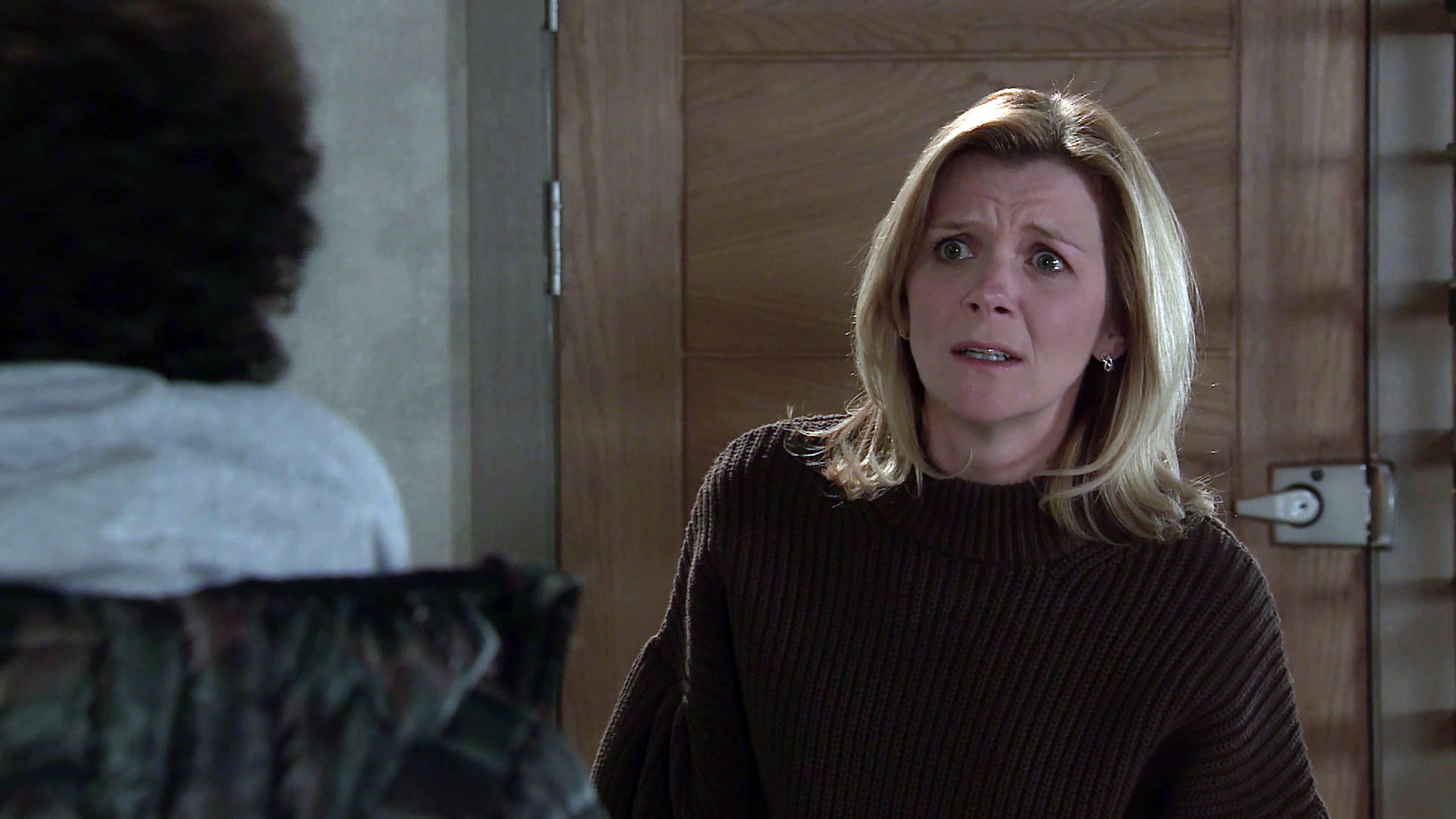 Leanne is too consumed with her grief following the death of Oliver and has been relying on Simon to earn enough money to put food on the table.

But when Sam (Jude Riordan) gets innocently caught up in Simon’s mess in upcoming episodes, it isn’t long until Leanne finally discovers what her son has been up to.

Following Sam watching Simon and Jacob (Jack James Ryan) bundle a young lad into the boot of a car, Nick (Ben Price) gets a call from school to say Sam’s had a meltdown and hurt another kid.

Sam refuses to open up but when Jacob calls in the café, Sam is terrified and dashes out. Having finally coaxed the truth out of him, Nick confronts Simon. Leanne is horrified and turning to Simon, demands to know the truth.

With all eyes on him, Simon lies and assures Leanne is was just a prank.

Simon tells Jacob he’s got his bag back and he’s ready to do the delivery but when an angry Leanne confronts him with the packages of coke, Simon snaps.

Revealing he’s dealing drugs because somebody has to put food on the table, Simon marches out.

Struggling herself, will Leanne manage to stop Simon before things go too far?