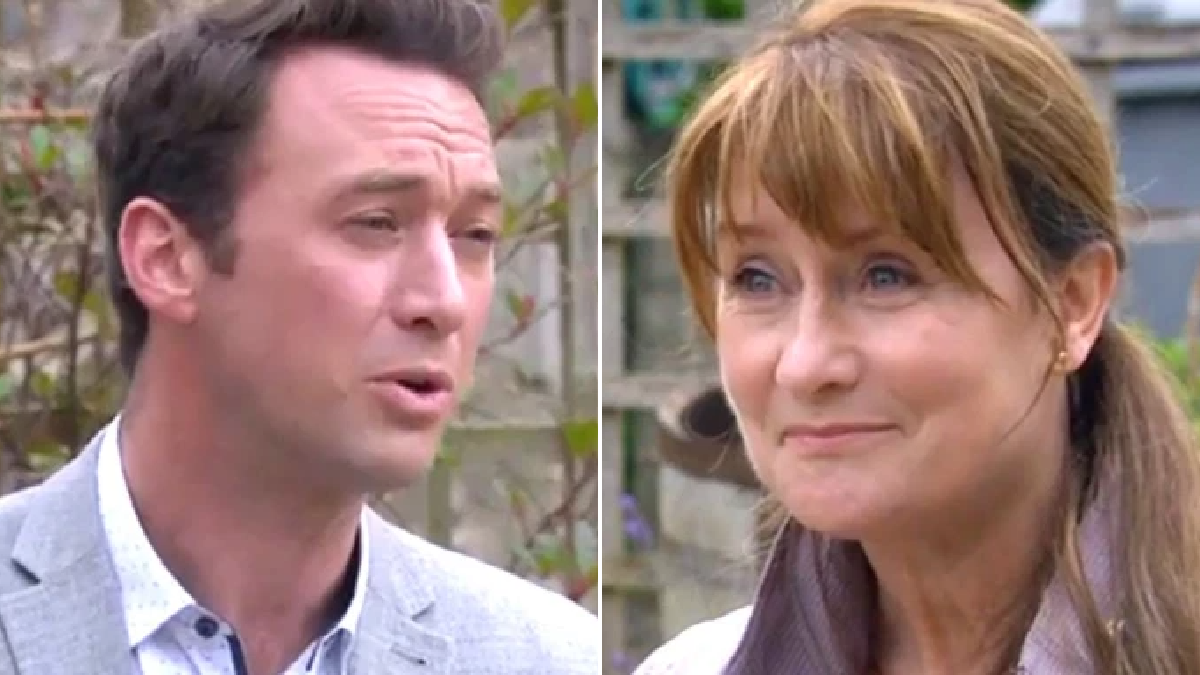 During the gun siege with Russ (Rob Jarvis), we discovered Wendy wasn’t actually a qualified nurse…which yes, is a surprise.

With the aftermath continuing, this week, Wendy tried to resign from her role at the surgery.

However, when she found a struggling Liam (Jonny McPherson) having a panic attack, Wendy was left feeling torn when he told her to stay.

But with Wendy’s guilt increasing, she told Liam she had previously lied about a conviction.

Tonight (September 16), Wendy paid a visit to Russ, hoping he would stay quiet on her nursing qualification secret.

His eyes lighting up, Russ seemingly agreed to keep quiet in return for that all important cash.

Later on, Wendy updated Vic and asked her not to tell anyone about what was happening as she didn’t want anything to come back on Liam.

Vic agreed, but we know she’s still angry at Wendy for bringing Russ into her life – could she seek revenge?

If Vic destroys Wendy’s career, could Liam’s future be in danger too?

If Liam doesn’t know the full truth about Wendy’s secret, just how much will that impact his life?

I’m A Celebrity… Get Me Out Of Here! launch sees a staggering drop in viewers