While Star Wars continues to be a popular franchise to this day, what keeps many fans coming back is their nostalgia for the original trilogy.

Those epic stories are what charted a path for many fans to begin a lifelong love affair with these movies, books, video games, and TV shows. So many pieces of the production help inspire that nostalgia – whether it’s the iconic lines or the beautiful terrains of the various planets in that universe’s galaxy.

Another element that invokes nostalgia is the unmistakable sound of a blaster shot by Stormtroopers. You’ll never believe where that sound came from.

The role of sound in the ‘Star Wars’ universe

There are so many memorable audio effects in Star Wars, many people don’t even notice the intricate detail put into it. For one, the soundtrack is almost its own character. John Williams’ beautiful score sets each scene perfectly, leaving fans with multiple tunes they always remember. Whether it’s the Imperial March or the Force theme, Williams’ touch is all over the films.

Smaller sound effects also contribute to the Star Wars universe’s overall aesthetic. As you’re reading this, you can probably hear the sound of a lightsaber being ignited or the WHOOSH of it as a Jedi swings theirs. You can hear the sound of a TIE fighter speeding through space or the Millennium Falcon jumping to hyperdrive.

The fact that Star Wars fans come to associate these sounds with the films isn’t an accident. All of them were carefully crafted and consistently repeated. That consistency helped create a distinct auditory feeling.

The role of Stormtroopers in the ‘Star Wars’ universe

Of course, the sound effects aren’t the only iconic aspect of Star Wars. Many of the characters are beloved. Others serve more as world-building elements. For example, outside of Finn, none of the Imperial Stormtroopers are ever given a backstory or more than a few lines. But they’re a huge, ever-present part of the universe. The Stormtroopers serve as the Empire’s military, showing up in scenes on both Imperial Star Destroyers and on distant planets. They’re typically easily defeated, but they always present a problem for the story’s heroes. There are different kinds of Stormtroopers as well, such as Snowtroopers.

While the Stormtroopers serve the forces of evil in this particular franchise, they’ve still become incredibly popular with the fans. Everyone from children to attendees of Comic-Con has donned a Stormtrooper costume. The sight of them has become associated with Star Wars just like Darth Vader or Yoda has.

The Stormtroopers are iconic background characters that have their own trademark audio effect associated with them: the sound of their blasters firing. You’d never guess where the inspiration for that sound came from.

The Stormtrooper blaster sound was inspired by a family backpacking trip

The sound team on Hollywood films tend to use alternative sounds to stand in for other sounds during production. They may step on a bag of potato chips to mimic the sound of someone walking on and crunching leaves. This was no different for Star Wars. No real blasters were used during the film’s production, but another sound was used to create the effect.

According to Pipi Wiki, the film’s sound designer Ben Burtt devised the effect while on a backpacking trip with his family. He struck a wire from an AM radio transmitter tower with his hammer. He stuck his mic close to the noise and recorded it for use in the movie. From there, one of Star Wars‘ most recognizable sounds was made. The legendary blaster noise has been a part of every piece of Star Wars media created and will likely continue to be as long as the franchise lasts.

What time the 2019 Pride of Britain Awards on ITV tonight 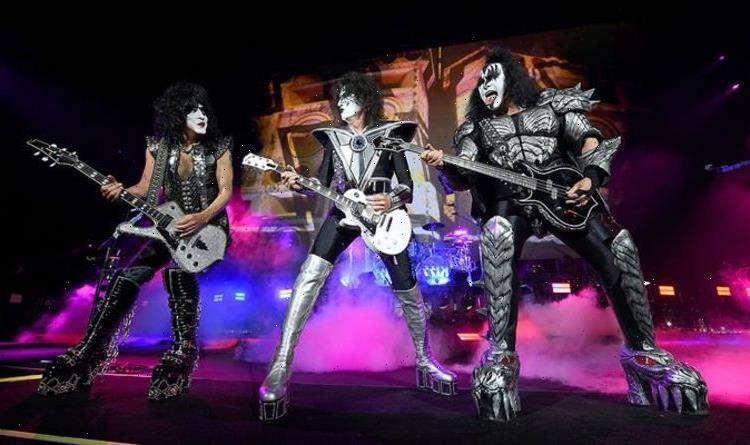