When Station 19’s Jaina Lee Ortiz promised TVLine that we’d get answers about the miraculous “resurrection” of Andy’s mother in Season 4’s premiere, we have to admit we were skeptical. “Would we get all the answers that we needed?” we wondered. Turned out, yes. Yes, we would. We’d also get a fantastic hour of drama and hilarity that included not one but two big shocks. Read on, and we’ll unpack the lot of it. 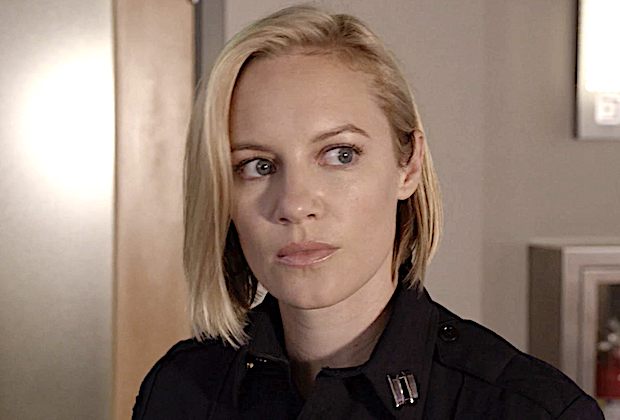 ‘YOU ARE A SIGHT FOR SORE EYES… AND BACK AND FEET’ | Picking up where the Season 3 finale left off, Andy found herself face to face with her late mother. Rather than run into Elena’s arms, she began to hyperventilate. From there, we cut to three weeks later — the pandemic by then underway. At the firehouse, Ben happened upon Andy struggling to write her father’s eulogy. “God, do I miss my wife,” he told her as they strolled to Grey Sloan to clap out the medical team at their shift change. As fast as the words left his mouth, he regretted them. But it was OK, Andy insisted. She and Robert had chosen to separate — what?!? — Ben and Miranda hadn’t; they were just quarantining at work. When the firefighters ran into Tuck and Joey with their Aunt Roz (remember Ben’s transgender sister?), the boys asked if she could move in with them permanently. Once Bailey emerged from the hospital with her colleagues, she and her family enjoyed a warm, socially-distant reunion, while Maya and Carina sweetly made lovey-dovey eyes at one another over their masks.

Later, some of the firefighters dropped off supplies to their loved ones. Travis and Vic brought groceries to his parents — cue fraught moment between him and Dad — and Jack visited Marsha, who explained that Marcus disliked it when they wore their face masks because he couldn’t read lips. And how was the boy’s mom, Inara? Did she need anything? “Just you,” she told Jack before catching herself. Er, that is, um, “we all wish you could hang out with us.” Meanwhile, Sullivan, now employed by a private fire company, was teaching prison inmates how to fight wildfires. Back at the station, Vic marveled at the fact that they’d worked so hard to get Herrera a line-of-duty funeral, only to have to hold it virtually. While Ben, aka Dad, tried to convince everyone to social-distance, Dean reported to Jack that Sasha might move in — just to quarantine together. Well, that and help with Pru. When Andy passed through the locker room, we cut back to her reunion with her mother. Things had not improved. Though her aunt beseeched her to hear Elena out, Andy instead went running out of the motel room. 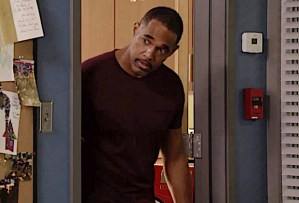 ‘POSSIBLY INJURED, POSSIBLY HIGH, DEFINITELY STUPID’ | Following Andy outside, Tia Sandra implored her niece to understand that she had stayed away all those years because she hadn’t known what to say. “Your mother faked her death” comes to mind, but maybe that’s just me. Had Pruitt known? It wasn’t her story to tell, Sandra insisted. When finally Andy returned to the motel room with her mother, Elena confessed that she had been overwhelmed after her daughter’s birth; all she’d wanted to do was fight fires. “I loved you, but I also resented you,” she admitted, “and I resented your father for getting to do the one thing we both wanted to do.” In her desperation and depression, she fled to New York, where she fought fires for a coupla years. What she did to Andy, she said, was the biggest shame of her life. “But not your biggest regret,” Andy noted. Hadn’t she thought that faking her death would make Andy think she was, you know, dead? But Elena hadn’t faked anything. She’d just left; Pruitt had done the rest.

Elsewhere, when Sullivan’s colleague Fowler spoke ill of the convicts that they were teaching, Robert stood up for them — only to get told that of course, he’d have to feel that way, what with having stolen narcotics himself. All Fowler wondered was how Robert had managed not to get locked up like the rest of ‘em! Across town, after being called out to a roadside rest area to treat Billy, a nonbinary teenager burned after they and their friends’ car broke down, Travis and Vic had to turn around and go right back to the site. Somehow the car had exploded when young Kaden had tried to fix it! When Vic asked Billy if they were just scared or on something, they ran off. (The others already had.) After reinforcements arrived, the blaze grew… to the point that some trees caught fire. When even more backup was needed, Sullivan’s crew got the call. Can we tag along? asked convict Banks. In response, Fowler mocked him and remarked to Robert that these guys were just cheap labor while they were in prison; Seattle FD would never hire them when they got out. 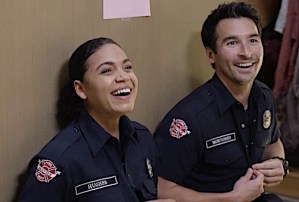 ‘I HAVE A BARBECUED TEENAGER HERE, AND YOU’RE THE CLOSEST BURN CENTER’ | Oh, man, Sullivan wasn’t being called to help his old Station 19 family, he was being called to a mansion. You could just hear him groan inside. Eventually, he bolted from the non-emergency and drove off to help Maya & Co. Though Grey Sloan told Vic the hospital wasn’t accepting non-COVID-related emergencies, she still had Travis take Kaden there. By and by, Andy learned that the kids had been partying — their last two weeks of school, along with prom and everything else, had been cancelled. One fella (Jackson?) had even forced his boyfriend Frankie to come with them, despite his myriad health issues. (Ain’t love grand.) When Ben found Frankie, he appeared to have fallen on a stake. After Travis and Vic made it to Grey Sloan with Kaden, she shared with her pal that she and Jackson were no longer a thing, and he… wouldn’t say who it was that he’d seen on a gay dating app. Was it Jackson? As Dean sought advice from Jack as to whether he should let Sasha move in, his buddy asked, “Do you love her?” And no, he didn’t mean Sasha. “I try not to,” Dean replied. Good luck with that; Vic is crazy lovable.

Back at the motel room, Elena recalled that Pruitt had asked her what he was supposed to tell their 9-year-old when she was gone. “Tell her I’m dead,” Elena had said. She hadn’t meant it, but… Yeah, Pruitt had decided that it would be easier for Andy to grieve her mother than to know she’d been abandoned. Later, she remembered the day she got her first period — and the way her father had cried. She’d thought it had been because his little girl was growing up. Now, though… now she knew that it was because he knew somewhere out there her mother was choosing not to be her mother. In turn, Elena shared that when 9/11 happened, Pruitt came to get her. Begged her to come home, in fact. It would have been around the same time. Ultimately, Andy forgave her aunt but not her mother. When Sullivan returned to pick up Fowler, he seemed downright relieved to be fired. Right and wrong matter, Robert said in essence. Back at the station, Vic beseeched Travis to quit showering long enough to tell her who he’d seen on the dating app. She needed just one damn thing to be normal, even if it was just him gossiping with her. So finally, he revealed that he’d seen his father “wearing only chinos and a belt,” and his profile said, “Let me be your daddy.” Was he sure it was his father? “I gave him the belt.” Oh, man. Off that wonderful, only-with-a-bestie moment, Travis asked Vic to move in with him for good, and they shared a fantastically awkward, naked hug. 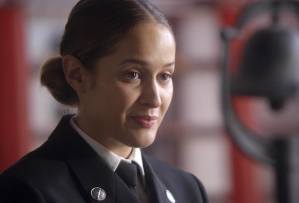 ‘HE LOVED ME… HE STAYED’ | Come time for Herrera’s service, Sullivan showed up, just to be there for Andy. She nailed her eulogy, bringing tears to the eyes of her Zoom audience (including her dad’s old cronies as well as Sandra and Elena) and, off Maya’s recollection of one of the last things Herrera had ever said to her, acknowledging that her dad had given her a family at the firehouse. Mid-speech, we cut away to three weeks earlier, when Andy filled in Robert about her mother and apologized for not being there for him. In response, he admitted that the pain had driven him to take morphine, and now he was scared he’d crave more. “I need to focus on my recovery,” he added. And off Amelia’s suggestion that he make some space for himself, he wanted to separate from his wife — just for 90 days, to ensure that he wouldn’t relapse. But “I want to live a long, long life,” he promised, “and love you every minute of it.”

So, what did you think of “Nothing Seems the Same”? Grade it in the poll below, then hit the comments.

Who Went Home on 'The Bachelor' Week 1? Peter Weber Eliminated Multiple Women in the First Rose Ceremony of 2020

Piers Morgan and Lorraine Kelly slam Rita Ora
We and our partners use cookies on this site to improve our service, perform analytics, personalize advertising, measure advertising performance, and remember website preferences.Ok