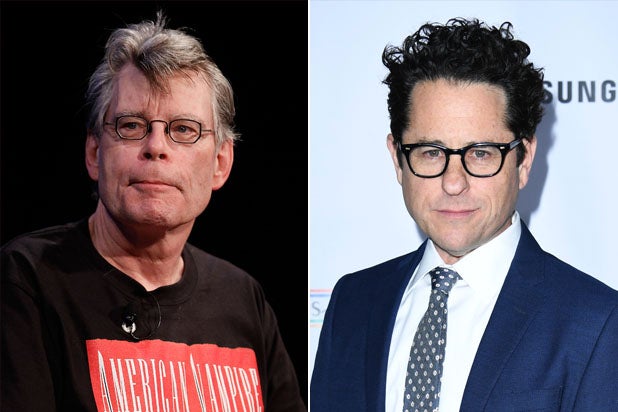 The comment came during a panel for their latest collaboration, the upcoming Apple TV+ series “Lisey’s Story.” Led by Julianne Moore, the series is an adaptation of King’s novel of the same name, with Bad Robot producing.

“I talked with JJ Abrams a lot about a possible anthology series of tiny horrors,” King said. “We got really down and dirty about it and talked about things that were really, really scary.”

King and Bad Robot have a long history as collaborators, dating back to the Hulu series “11.22.63” starring James Franco. Abrams is also an executive producer on the two-season anthology series “Castle Rock,” which is based on the shared universe of King’s writing.

“I’ve got a creative relationship with J.J. Abrams that goes back to ‘Lost,’ when Entertainment Weekly put us together and we had a talk about that show,” King said. “A bunch of us went out and saw a scary movie and I’ve been in touch with JJ since then.”

“They’ve got a great organization, and they give great Christmas presents at the end of the year,” he joked. “I love working with them. It’s been a great relationship.”