Stranger Things viewers were utterly heartbroken in the final episode of season three as Jim Hopper (played by David Harbour) was killed off in a brutal explosion. However, hopes he was still alive quickly arrived as someone dubbed “The American” was teased in the show’s post-credit scene. But since then, everyone involved in the show has been extremely tight-lipped about the fate of the police chief.

While Hopper actor David has been appearing on various chat shows recently, he was surprisingly open with what could happen on the recent edition of the Late Night with Seth Meyers show.

During the interview the topic of Stranger Things came up, to which David was then grilled about his character’s fate.

Instead of dodging the questions, David opted for calling his bosses The Duffer Brothers – Matthew and Ross Duffer – the creators of the show.

As he FaceTimed the producers, he asked: “But the question is: Am I dead? Is Hopper dead?” 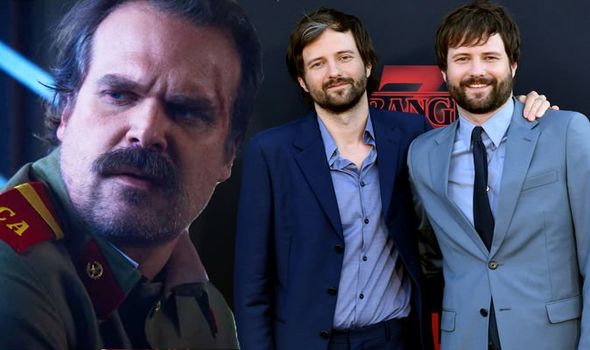 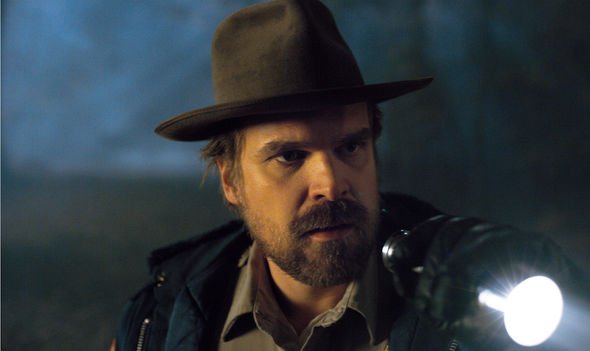 A little reluctant to reveal everything, Matthew Duffer chuckled before responding.

He said: “I mean, we’re still figuring it out.”

Eager to get an answer, host Seth Meyers held up some money to the camera, while announcing: “Would this sweeten the pot?”

Despite this bribe, the Duffer Brothers simply laughed once again, leaving Stephen and David with no answers. 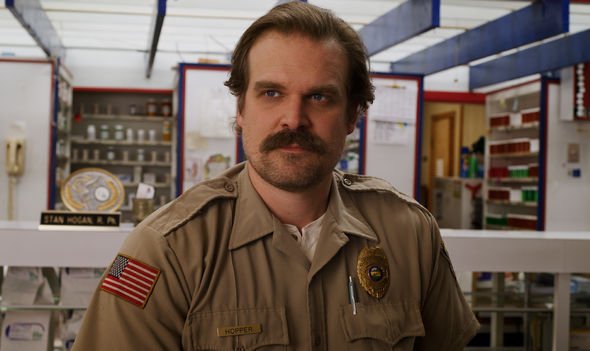 David then sarcastically said: “You guys are a tonne of help, thanks.

Although this wasn’t exactly a confirmation that Hopper is going to be alive in the next season, it certainly opens the door a lot wider for his return in the coming season.

While many theories have suggested different ways he would return to the show, including escaping to the Upside Down, or simply hiding from the devastating explosion.

The show’s cast have been asked about Hopper’s return numerous times since the show’s airing, as well.

On Hopper’s return, she said: “I have no idea, but I love hearing everybody else’s ideas and thoughts.

“Ultimately, it’s nobody’s decision but the Duffer Brothers – you know, they’re writing it.

“I think the Duffer Brothers feel the pressure of people’s fan theories, though.”

With so many theories floating around, the Duffers could pull from many different areas of the lore to continue the story.

Unfortunately, fans will have to wait until next season to find out exactly what is going to happen.

Stranger Things seasons 1-3 are available to stream on Netflix.