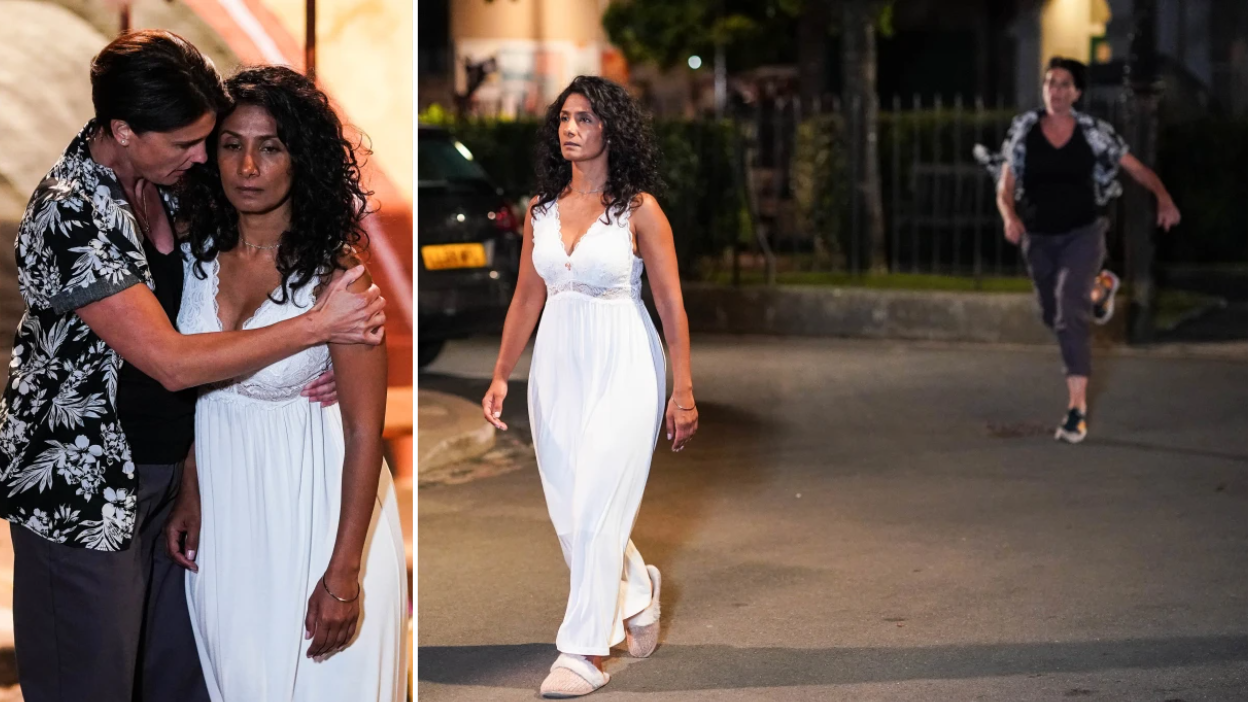 Suki (Balvinder Sopal) was left believing she was a killer in EastEnders after hitting Ranveer (Anil Gotam) over the head when he assaulted her.

The creepy businessman had made it clear to Suki that he expected sex in return for a business deal and when she refused – and revealed that the whole encounter had been caught on camera – he turned even more nasty and attacked her.

In self defence Suki grabbed at a clock and bashed him over the head with it.

What she didn’t know was that this wasn’t a fatal blow. Ranveer woke up when his son Ravi (Aaron Thiara) was tidying the scene, so Ravi finished him off with the same clock and let Suki carry on believing that it was she who’d killed Ranveer.

It’s a terrible secret that Suki has been fearfully keeping, but in upcoming episodes her mental health starts to crumble under the strain.

When Eve (Heather Peace) finds her wandering through the Square in her nightdress, she knows that something is badly wrong and insists that she’s not going anywhere until Suki tells her what’s going on.

Gradually, Suki starts to open up about the horrific sexual assault she faced from Ranveer.

But will she tell her the whole truth – that as far as she’s concerned, she killed her attacker?

How NBC Uses Shows Like 'Superstore' to Employ Female Directors

'Star Wars: The Rise of Skywalker' Actually Makes 'The Last Jedi' and 'The Force Awakens' Worse