The demo rating standoff between Survivor and The Masked Singer carried over to a second week as the two competition series tied to top Wednesday.

Survivor and The Masked Singer remained steady from last week’s episodes to earn a 0.9 rating in the 18-49 demo. The former attracted more viewers, 5.63 million to be exact, marking the night’s most-viewed program. The Masked Singer drew in 4.39 million viewers. Both rose from the previous week, where they went up against the 55th annual CMA Awards on ABC.

Competition wasn’t all that stiff for the two networks as NBC saw repeats of the entire Chicago trio. 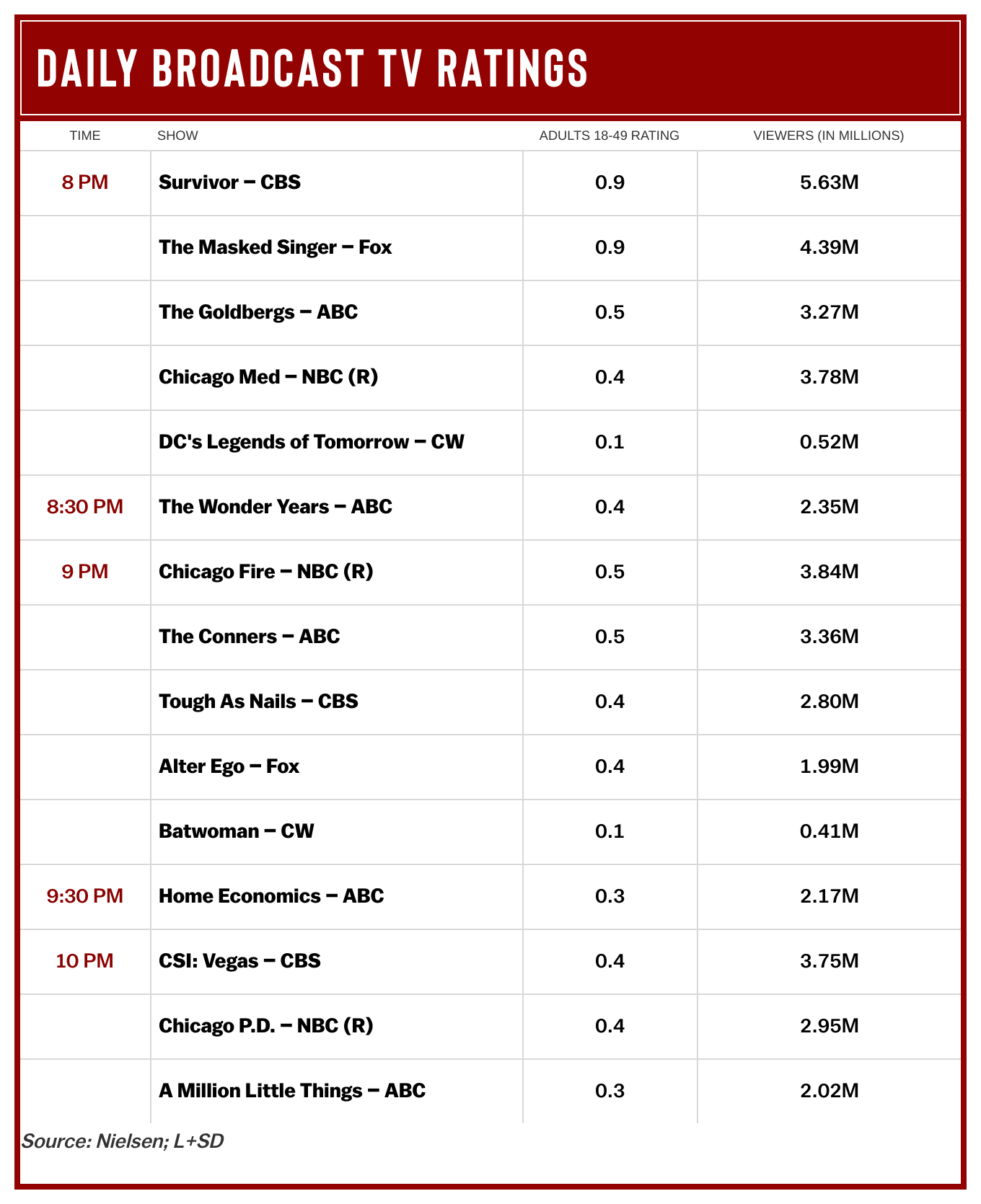 Christine Lampard loses control of Brian Blessed interview ‘What the hell is going on!’