Home » TV & Movies » Thanksgiving 2022: 8 of the best TV episodes you need to watch this holiday season

The weather is getting colder, the leaves are changing color, and pumpkin lattes are back at Starbucks, which can only mean one thing: it’s turkey time again!

MORE: 8 of the best turkey fryers to help elevate your Thanksgiving feast

In addition to being a great excuse to eat way too much, enjoy a day off work, celebrate with friends and family, and, of course, be thankful, Thanksgiving also marks some of the greatest moments in our favorite TV series. So take a look back at some of HELLO!’s most beloved holiday-themed episodes from over the years…

WATCH: Joey gets his head stuck in the door during season ten Thanksgiving special

Season five, episode eight: The One With the Thanksgivings Flashbacks

Across ten seasons, Friends dotted Thanksgiving specials into almost every season of the franchise so picking a favorite is certainly a challenge. But season five episode eight has to be at the top. Cue Ross and Rachel’s hilariously bad 80s fashion choices and the story that started it all between Monica and Chandler.

The Thanksgiving episode in season five had all the flashbacks

But let’s give a special shout-out to some other iconic episodes, too. There’s the one where Rachel’s sister, Amy, (Christina Applegate) makes a surprise visit and there’s also the one where Jennifer Aniston‘s husband at the time Brad Pitt has a cameo as former classmate Will Colbert. Not forgetting the first-ever Thanksgiving episode when the group gets locked out after chasing the flyaway Underdog balloon from the Macy’s Day Parade, and the final-ever one where Monica and Chandler find out they’re adopting. Good times!

There were plenty more iconic Thanksgiving episodes in Friends

Like Friends, New Girl offered plenty of Thanksgiving episodes to choose from. But the top one for us has to be Parents. Not only does the episode perfectly depict that not all families exist in harmony during the holiday season, but there are guest appearances from Jess’ (Zooey Deschanel) on-screen divorced parents played by Jamie Lee Curtis and Rob Reiner.

Jess spends the day trying to plot her parents back together Parent Trap style, meanwhile, Schmidt (Max Greenfield) has to deal with his cousin visiting.

The Parents episode in New Girl is one of our favorites

The finale of season nine was a Thanksgiving special titled The Gang Squashes Their Beef. As the title implies, the group of pals decide to put right some of their wrongs from over the years as they come together to celebrate the great American holiday. As Dennis says: “We’ve got too many beefs all over town, and it’s jamming us up,” so they decide to do just that: squash their beef so they can enjoy their turkey.

Did you enjoy the It’s Always Sunny Thanksgiving special?

Josh Gad appears in this special episode as Kenneth Ploufe – an old neighbor of the Dunphy family who pays a visit on Thanksgiving. He ends up telling the story of how he dropped out of college and became an internet billionaire – putting ideas into the Dunphy kids’ heads. Elsewhere, Cameron gets upset when Mitchell doesn’t believe his ‘Punkin Chunkin’ story.

Believing he has bought Jon Voight’s LeBaron convertible, George is desperate to tell everyone he knows about his latest purchase before discovering it was actually owned by the unknown dentist John Voight.

While George is solving the mystery of his car’s previous owner, Jerry struggles with his own quandary: has he been invited to Tim Whatley’s Pre-Thanksgiving party? Elaine, who has been invited to the annual event, answers a radio quiz to be part of the Macy’s Day Parade. Needless to say, hilarity ensues. 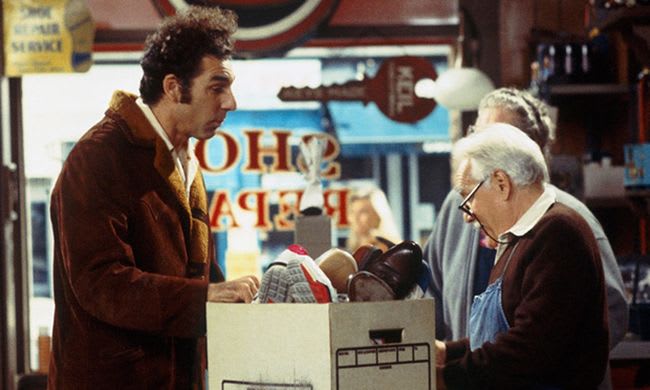 Seinfeld is a classic

If every year you finish your turkey thinking you’ll never eat again, imagine trying to eat four! That’s exactly the trial that the Gilmore girls face when Lorelai and Rory find themselves on multiple guest lists, complete with every type of turkey.

Mrs. Kim has tofurkey, Sookie has unintentionally gone deep-fried, Luke’s seems fairly traditional, while Richard and Emily’s is served with a side of hostility. Thankfully, the champion eaters are up for the challenge in the hopes that they can handle all the dishes and the drama as long as they ‘skip the rolls’.

The Upper East Side is seriously lacking holiday spirit in this Gossip Girl episode. Serena and Blair aren’t speaking, Nate’s family’s strained Thanksgiving culminates in an attempted suicide, and the Van der Woodsen clan share an equally subdued meal with the Humphreys in Brooklyn.

But it’s not all doom and gloom! Interspersed with happy flashbacks from the previous year’s holiday, this turkey-themed installment gives oodles of background information, including the first time Dan and Serena met (even if she was too drunk to remember it).

MORE: The Black Friday 2022 fashion deals you need to know about 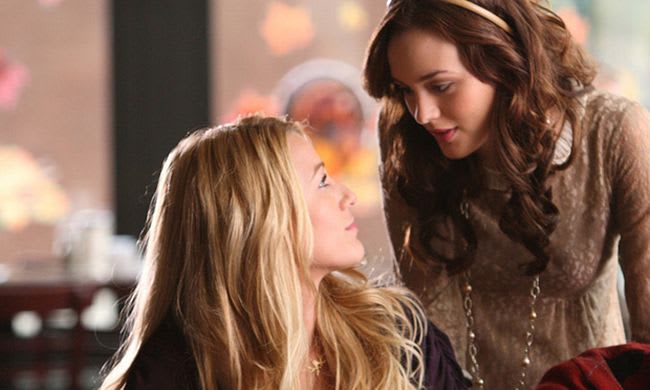 How I Met Your Mother

Never ones for celebrating in a traditional way, the HIMYM gang keep the holidays interesting as Marshall counts down the days until Barney’s third slap (he even sets a timer on his computer).

Not only is the tension building for Barney, but it’s also building between recently separated Robin and Ted, who still seem to have feelings for each other. Toss in a frazzled Lily, trying desperately to create the perfect Thanksgiving, and you have a hilarious episode and a fabulous, slap-themed musical number to boot.

These Are The CW's Top 5 Most-Watched TV Shows