TalkRADIO presenter Cristo Foufas appeared on ITV’s Good Morning Britain to debate with businesswoman Geeta Sidhu-Robb who says she refuses to give certain jobs to men because they “look at the clock” and do not want to perform the best they can. But Cristo Foufas could not believe what he was hearing and added the “reverse sexism” shown by Ms Sidhu-Robb was not the solution to address sexual prejudice. The debate was sparked after Samantha Cameron revealed her husband David Cameron only hires women to do jobs for him because they work harder.

Speaking on Good Morning Britain, Mr Foufas was invited to debate on the subject that women work harder than men.

He bellowed to the show: “Am I in some sort of parallel universe at the moment?

“I was always under the impression that gross negative generalisations based on someone’s sex or their race were being prejudiced.

“I’m sorry this is absolute sexism Geeta, I’m absolutely amazed to hear that there are jobs within your company that you will immediately just dismiss the skills of men, based on your Chief Operating Officer, simply based on their sex.

“That is sexism and I think that it’s getting to the point now – I’m getting absolutely sick of this idea – that we are going to solve the problems of prejudice, that the sexism, the awful sexism that women have faced over the years.

“All of that awful sexism… that we’re going to solve sexism by now having reverse sexism against men.” 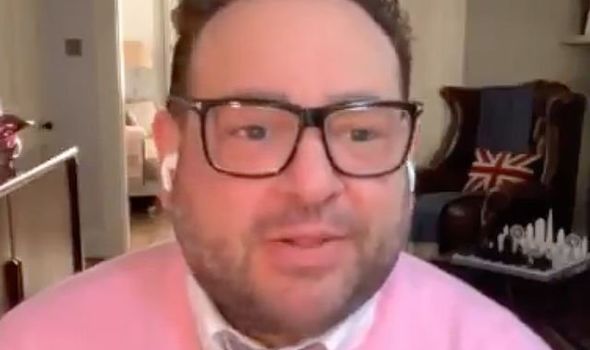 This Morning: ‘Such a p**s take!’ ITV viewers distracted as they spot odd feature

23 Years Later! The Cast of Sabrina the Teenage Witch Gets Together for Epic Reunion Event