The 73-year-old business magnate has been at the helm of ‘The Apprentice’ since it first launched in the UK in 2005. The reality TV game show was brought across from the pond after it proved popular among audiences, which starred the then-future US President Donald Trump. Since then, Lord Sugar has hired and fired a number of hopeful entrepreneurs who have battled it out for his backing and the coveted £250,000 jackpot to launch their business venture. The coronavirus pandemic stalled the show’s filming schedule this year and in its place the BBC will air ‘The Apprentice, Best Bits’ tonight.

Tough-talking Lord Sugar, from London’s East End, followed on from President Trump’s success with the show that was forced to postpone season 16 until next year.

The businessman, known for pointing as he utters the catchphrase “You’re fired”, claimed to be himself on the show and said: “I am what I am. There’s no acting in this thing.”

He denounced any possibility of the TV hit being fixed to keep the most entertaining candidates in the competition and stated otherwise they would have “kept nutters” in for longer.

In response to scepticism about some of the stars’ business acumen and their larger than life personas, he stated: “We can’t have 14 boring Bens, otherwise, you might as well be watching ‘Songs of Praise.’”

In previous years, Lord Sugar donated his appearance fee to charity and has worked closely with Governments on youth enterprise schemes, in the hope of nurturing future businessmen and women.

The avid Tottenham Hotspur’s fan said: “I’ve taken this Apprentice thing seriously… I’m going to make sure that the winner is going to be successful. As a sort of role model for young people.” 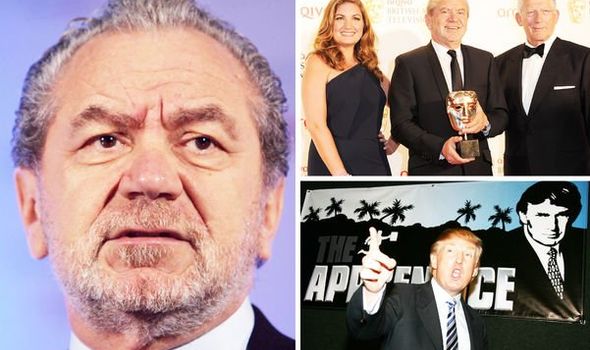 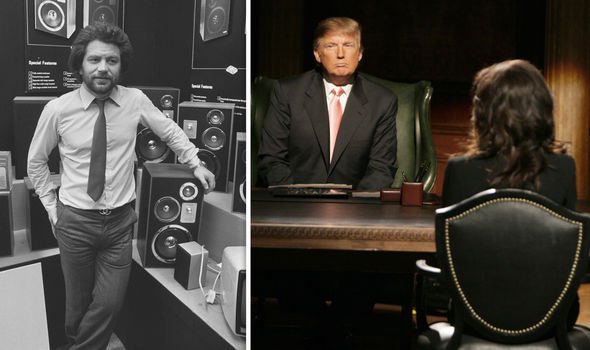 It is arguable that some of his hope to help inspire and teach his skills to the next generation could have stemmed from his own tricky climb up the business ladder.

Lord Sugar said: “I’ve taught myself really. I’m sorry to say this, but I started when I was 18 years old. You tend to pick up things from people you did business with.”

He maintained his determination to “put something back” during his 2005 interview with The Guardian and claimed to want to help those starting out.

While Lord Sugar has often professed “money is not my god”, he admitted he was obsessed with his work and had always been a “five-days-a-week guy”.

He added: “At weekends, I’m thinking about work all the time. I’m open for business, open for people to call me, get some decisions, but that’s it.

How is Boris Johnson handling the coronavirus crisis? Vote in our poll 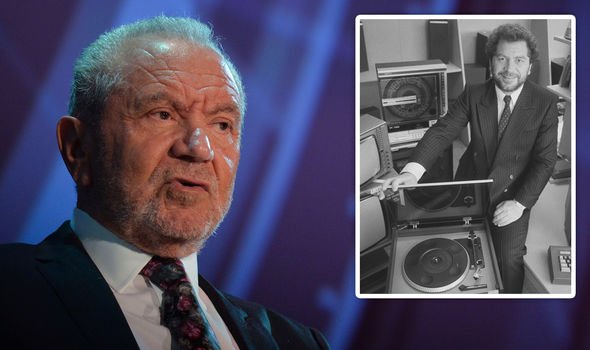 “I don’t think many people would want my job, I’m a bit of a nutter. I do more work in a day than the average person does in a week.”

Lord Sugar previously admitted to being a “great admirer” of Sir Richard Branson but quipped: “He’s not as comfortable in front of a camera as I am.”

He remains widely regarded across the industry and media mogul Rupert Murdoch once dubbed him “probably Britain’s greatest entrepreneur”.

Despite his success through tech, Lord Sugar quipped that in “about 750 years time” his creations may feature on ‘Antiques Roadshow’.

He continued: “They’ll be bringing out the outrageous Amstrad word processor brought out by that fella Sugar. And they’ll say, ‘That was the Sugar special.’”

‘The Apprentice, Best Bits’ airs tonight at 9pm on BBC One.

The Quarantine Stream: 'Haunt' is a Halloween Treat That Should Become a Spooky Season Tradition