Home » TV & Movies » 'The Bachelor': Abigail Heringer Revealed Why She Told Matt James Early on About Her Hearing Impairment

And there was no doubt in her mind that she was going to tell him right off the bat about her impairment. However, that’s not usually the case when she goes on dates. 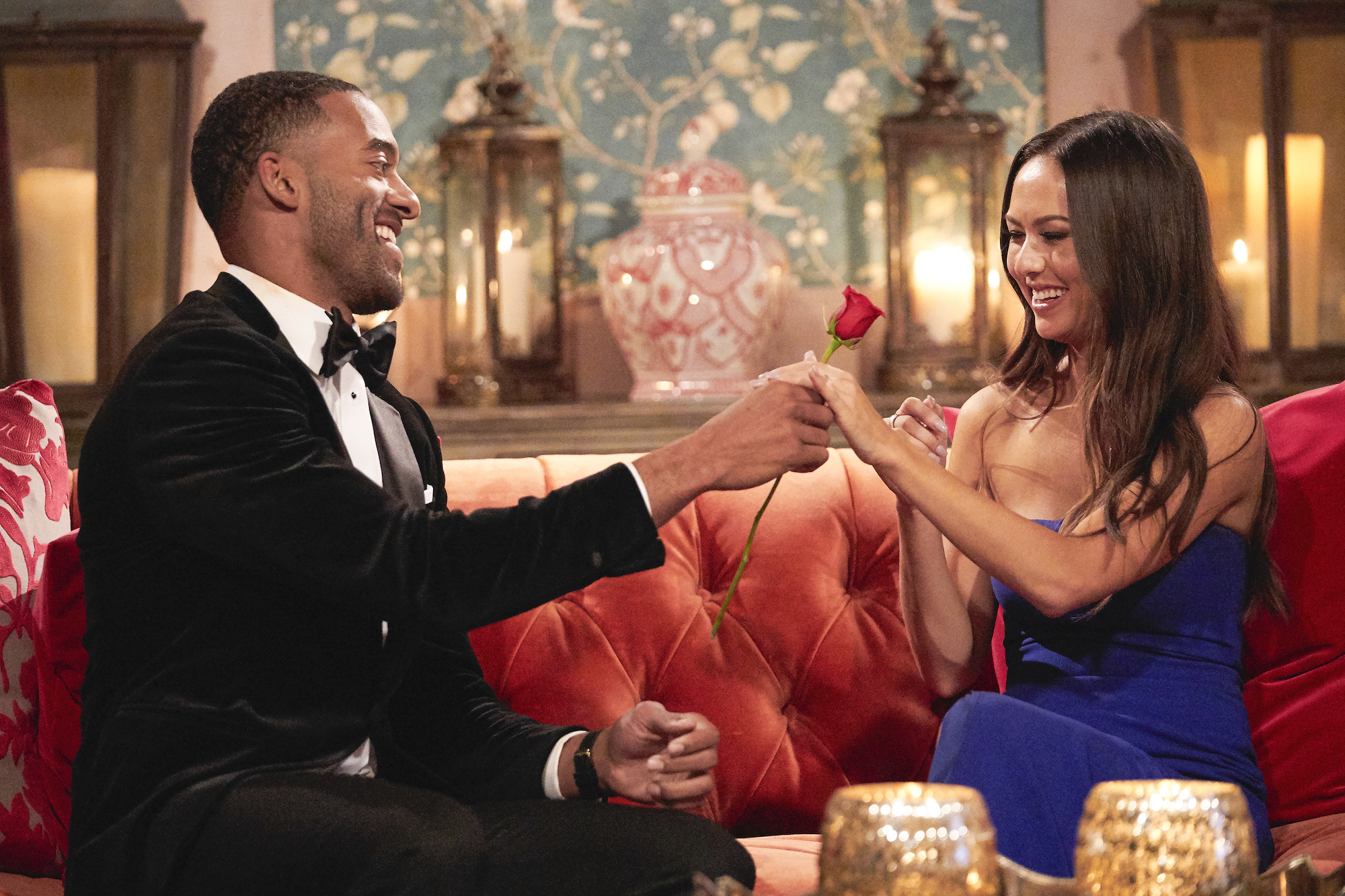 On ABC’s official website, Abigail Heringer is listed as a 25-year-old client financial manager from Beaverton, OR. It also says that she loves spending time with her family and when she’s not working she’s an outdoorsy type of person.

As soon as she stepped out of the limo to meet James, she shared that there was something a bit different about her, and revealed that she was deaf. She was born completely deaf, and can read lips.

“I’m going to be reading your lips a lot tonight, but thankfully you have really beautiful lips,” she told the Bachelor. “So I’m not complaining!”

James warmly responded that he’ll make sure to really “enunciate” for her going forward. A big thing that James wanted from the women was for the to open up and be vulnerable, and Heringer did that from the get-go.

While appearing on the podcast Bachelor Happy Hour on Jan. 5, Abigail told hosts Rachel Lindsay and Becca Kufrin — both former Bachelorettes — that in the past, when it came to dates, she hadn’t been able to talk about it as freely or as early as she did with Matt James.

She shared that she came on The Bachelor because she felt like she was getting similar, stale results from online dating or regular searching and wanted to try this out. And in doing so, she knew she really had to put herself out there. She felt that James was very genuine and compassionate and would be accepting in a way that she might have been worried about with other dates in the past.

“I knew he was going to be able to challenge me to have those conversations,” she told the podcast hosts about her about her impairment. She decided to just throw it all out there and go and be vulnerable. “I was just thinking if I go and do something so far out of my comfort zone and something I’ve never done before, maybe I’ll get really good results.”

Kufrin asked Heringer if she knew she’d tell James from the start that she was hearing impaired or not, and that’s when she shared that it’s not something she typically shares with guys on the first date. But she knew it was going to be different with James.

“It’s something that I don’t really say on a first date. Even though it is a huge part of who I am,” Abigail said. “But, you know, kind of it just being a hidden disability and you can’t really see my cochlear implant when I wear my hair down. And it’s kind of a scary thing to bring up to somebody on a first date. Because you don’t really know how they’re going to take it.”

Heringer even shared a story of how she went on a date at a loud venue where she missed what her date said to her half the time. But going into this process meant laying it all out there, and she knew it was the right way to approach it.

“It was something that I had been so insecure about, and so to open up about it and to not only have him acknowledge it but to actually see it as a really attractive quality, it was just a really special moment for sure,” Abigal said. “It kind of came full circle.”

And Heringer’s story was a big moment for representation on reality TV as well.

The season, of course, just started, but it Abigail’s love story had a great first night. And she came away with the first impression rose, which typically is a good omen for making it far in The Bachelor. So if you’re a fan, keep your fingers crossed.