Home » TV & Movies » The Byker Grove cast now: from superstar presenters, to a bowling alley manager and the victim of a horrific attack

IF you’re over the age of 30 you probably have fond memories of rushing home from school to watch Byker Grove.

The CBBC drama launched 31 years ago today and it entertained British kids for 17 years – until the Geordie youth club shut its doors in 2006. 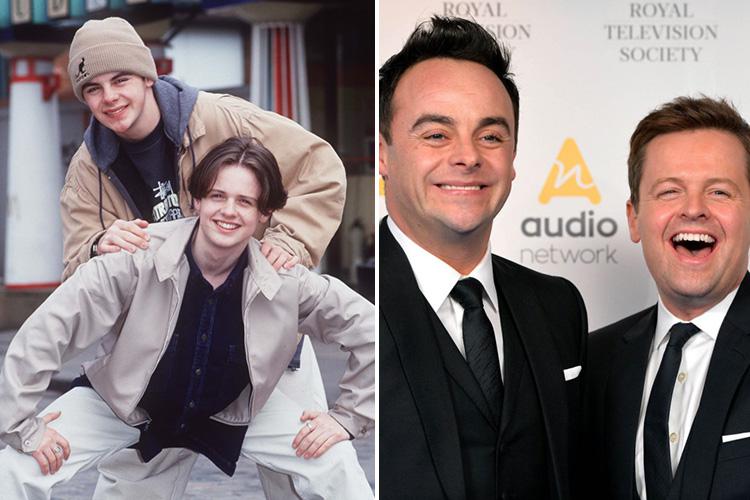 It centred on a youth club in the Byker area of Newcastle and with 344 episodes and a fast growing cast, it also spawned the career of many a child actor along the way – not least superstar presenters Ant and Dec.

The I’m A Celebrity duo, who played PJ and Duncan in the show, even used their character names to launch a pop career, back in the day, with their hit single Let’s Get Ready To Rumble.

But while the best pals went from Rumble to jungle – picking up millions on the way – thir co-stars were facing mixed fortunes in the post-Byker decade.

So here’s what happened to some of the Byker Grove kids. 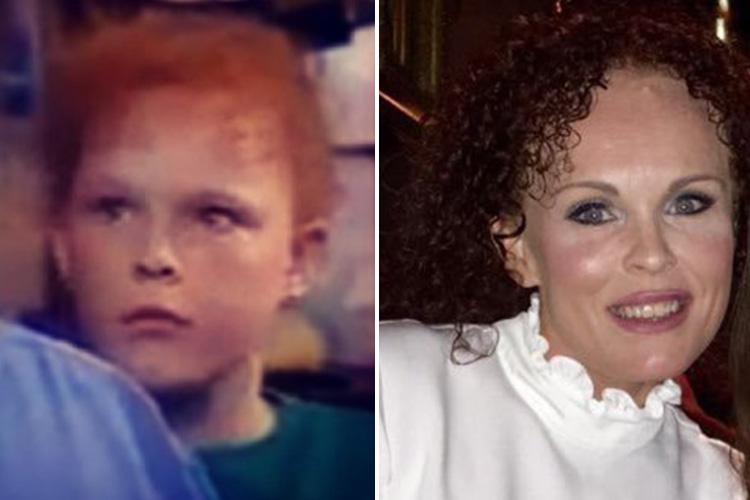 With distinctive ginger curls and a bolshy attitude, Spuggie was one of Byker Grove's most famous faces, starring in the show for six series.

But after leaving the show, Lyndyann went to study acting at Sunderland college before joining a band called Angel, which flopped.

She finally left showbusiness after being targeted by thugs at the age of 24.

She told The Sun: “I was beaten unconscious in the street by three strangers who recognised me as Spuggie.

“Thankfully, I wasn’t badly injured, but it was the final straw. I decided to quit show business for good.”

Lyndyann, now 44, got married and had two children but, after splitting from husband Allan in 2012, she took up a part time job in a call centre. 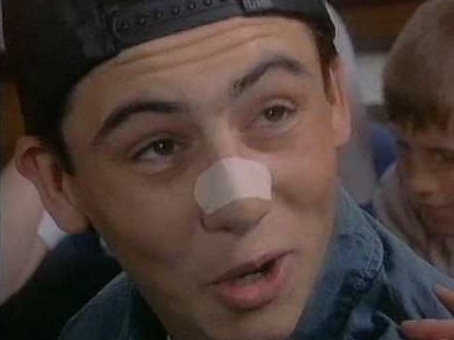 Noddy was a member of the Geordie youth club for five years from 1990 to 1995, and certainly caused a stir as the first gay teenager in a children's drama.

In groundbreaking scenes he kissed his best mate Gary on the cheek but his advances were rebuffed, with Gary breaking of their friendship.

He told Attitude magazine: "About a month or two after the episode had aired, I received a letter from a young lad about 15 or 16 saying he was going through the same (thing) as Noddy and if he hadn't watched that episode on that day then he would have continued to think he was the only one going through it. 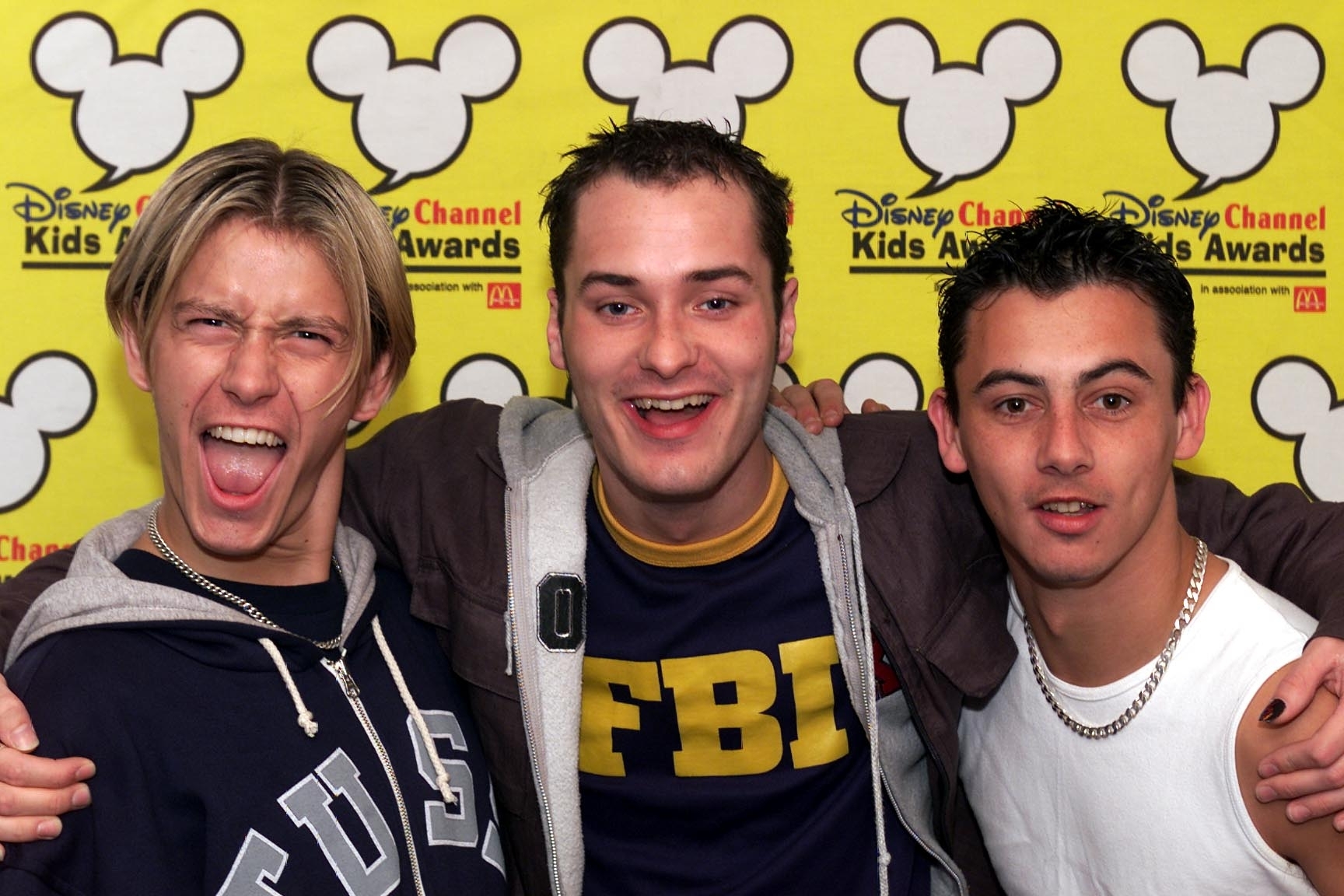 "He said he honestly felt like committing suicide but after seeing the show and the helpline number on the end credits, he called, got advice and was now much happier.

"He'd told his parents and friends who supported him and he'd even managed to find a boyfriend. If my storyline upset 10,000 people but helped one person then I see it as a monumental success."

After a short-lived success with hits Stand Tough and Freakytime he quit showbiz and worked as a barman at the Haven Holiday Camp in Weymouth.

According to Digital Spy Brett now has four kids and works as a manager at the town's Lakeside Bowling Alley. 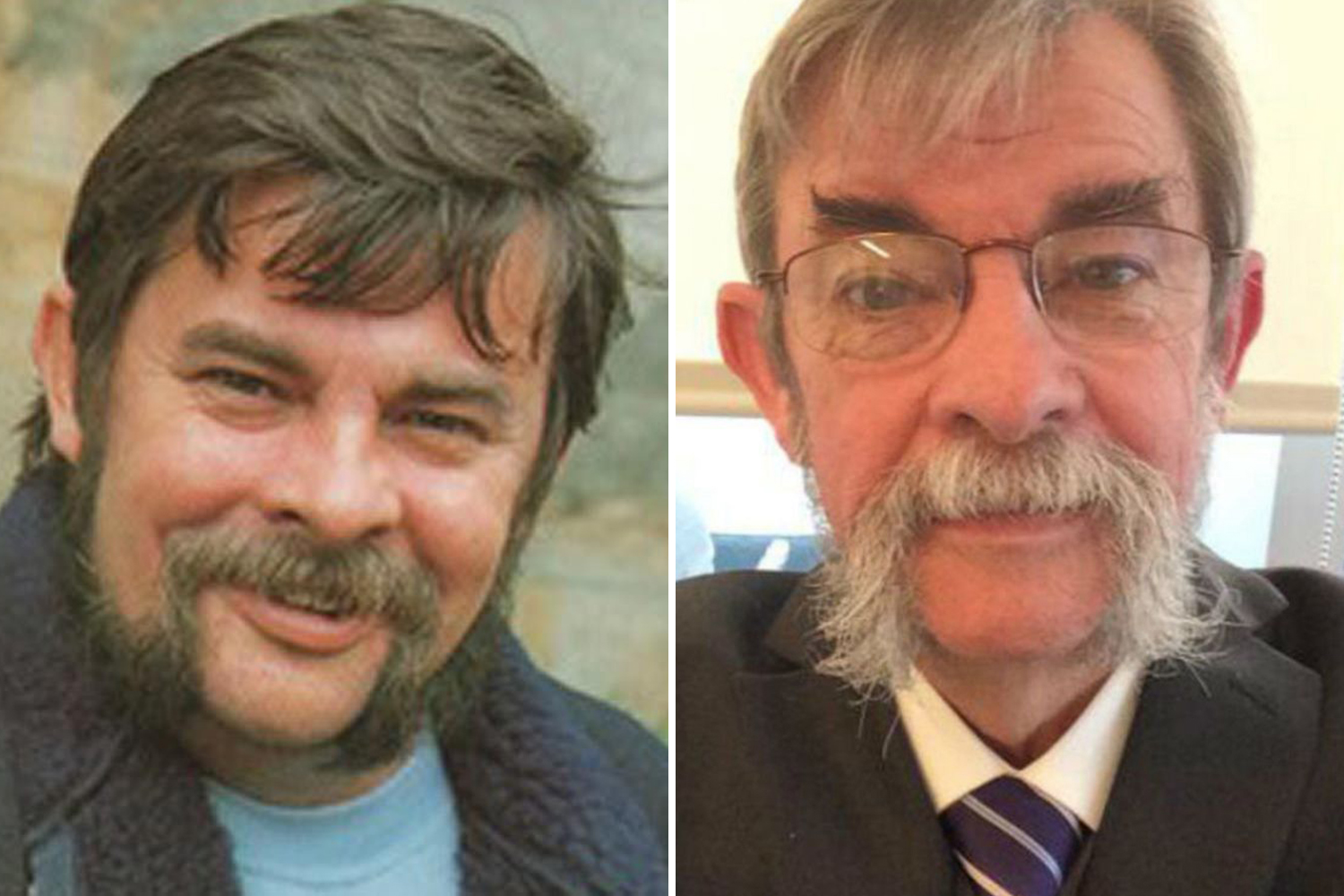 Billy played the mega-moustached youth club leader for ten years and was almost a part of the furniture by the time he was killed off in a gas explosion in the year 2000.

The actor went on to star in hit movie Billy Elliot as the rumpled Mr Braithwaite, who plays the piano at the lad’s ballet lessons.

Then at the age of 58 Bill passed a postgraduate education course at Hull University with a distinction and has now landed himself a new role in charge of teaching at six prisons throughout the north of England.

He's also appeared in panto and had a This Your Life style segment devoted to him on Ant and Dec’s Saturday Night Takeaway. 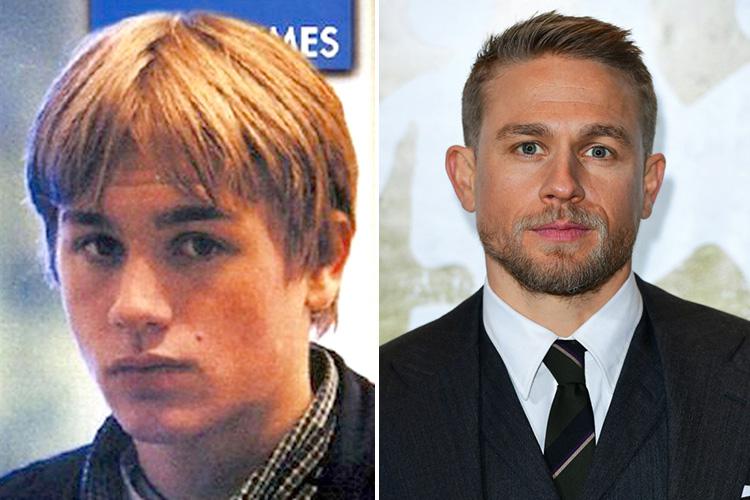 Legend has it that Charlie Hunnam, the son of a scrap metal dealer, was given his big break on the show after a production manager spotted him in a Newcastle shoe shop.

His time in the show was brief, as he only appeared in one series, but it launched a successful career in TV and film.

He starred in Russell T Davies’ groundbreaking drama, Queer As Folk, in 1999 and then moved to Los Angeles where he starred in a number of films as well as playing Jackson ‘Jax’ Teller in the drama Sons of Anarchy.

He played the title role in Guy Ritchie’s King Arthur: Legend Of The Sword and last year starred inGuy Ritchie’s film The Gentlemen alongside Matthew McConaughey.

But he is perhaps most famous for a character he DIDN’T play – having landed the role of Christian Grey in Fifty Shades Of Grey and then getting cold feet, leaving Jamie Dornan to take the part. 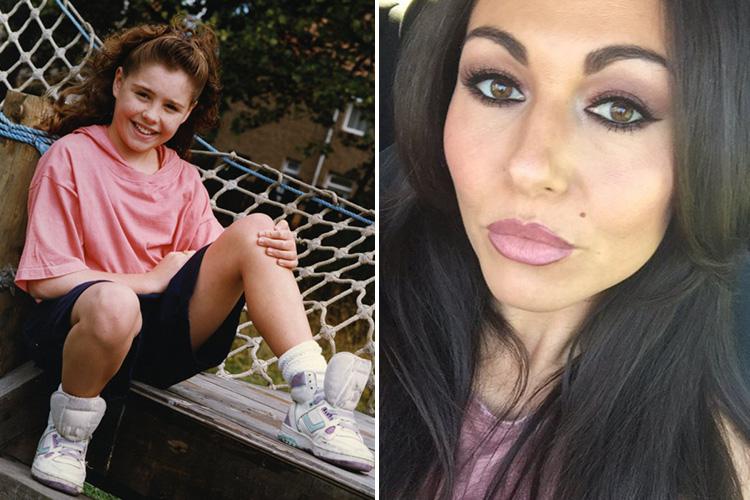 As Debbie Dobson in Byker, Nicola got to date both PJ and Duncan, and break both their hearts, while she also dated Ant McPartlin in real life.

But after the TV work dried she took to the air, working as an air hostess for Virgin Atlantic.

Now a mum-of–two, she has her feet on the ground and has carved out a very success business as a make-up artist.

She also she voiced her support for showbiz ex Ant, when he went into rehab. 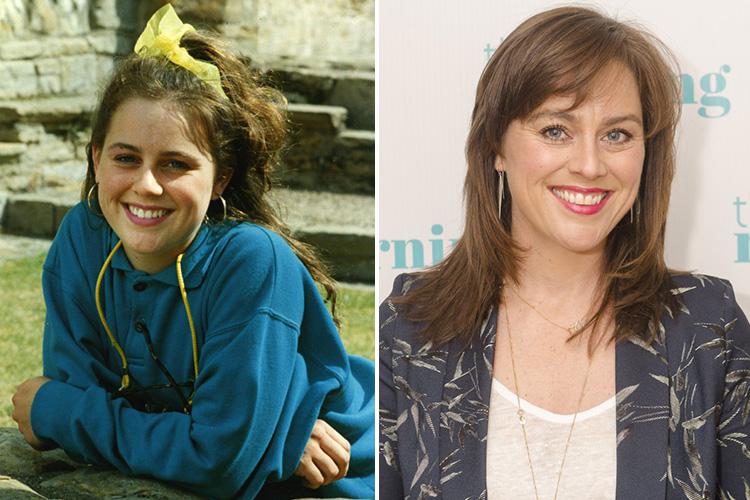 Jill joined the show at the start and was one of the leading characters through most of the 90s.

After leaving the show her acting career took off and she played Rebecca Hopkins in Corrie, before landing the role of Phil Mitchell's police woman girlfriend Kate in EastEnders in 2002.

She waltzed her way to victory on the second series of Strictly Come Dancing before taking her dancing shoes to the West End to star in Chicago,

She has since starred in Waterloo Road, Wild at Heart and Humans and earlier this year she cropped up as Vanessa’s army officer lover in the hit drama Liar. 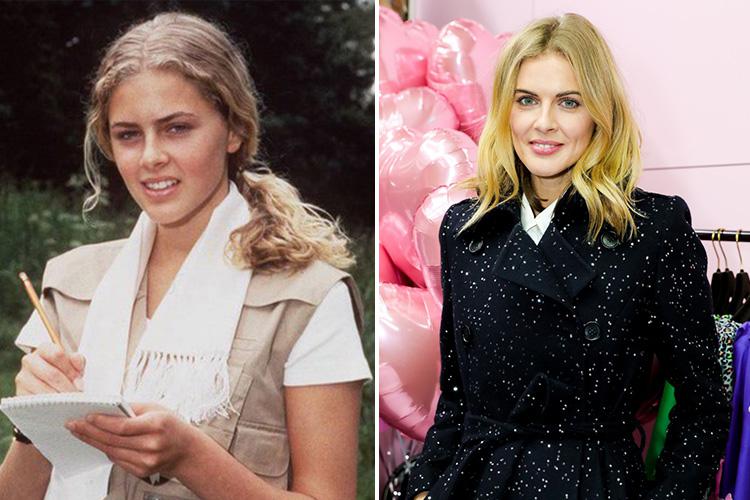 Donna, the daughter of a builder, found fame as Charlie Carlton at the tender age of 10.

She went on to sing in the pop duo Crush, having hits in the US and Japan, before becoming a presenter for MTV.

Now 41, she is better known for her high-profile relationships with wealthy men.

She split from multi-millionaire zoo and casino owner Damian Aspinall in 2008 after a long-term romance which produced daughter Freya, now 17..

She has since dated several wealthy including John Dorrance IV, the London-based American heir to the Campbell’s soup fortune, and Sam Goldstone, a Cheshire-born millionaire.

In February 2013, she embarked on a four-year romance with Kate Middleton’s businessman brother James Middleton, and went on to date property developer Ben Carrington.

She competed in the 2018 series of Dancing On Ice and recently starred in BBC One drama, The Split. 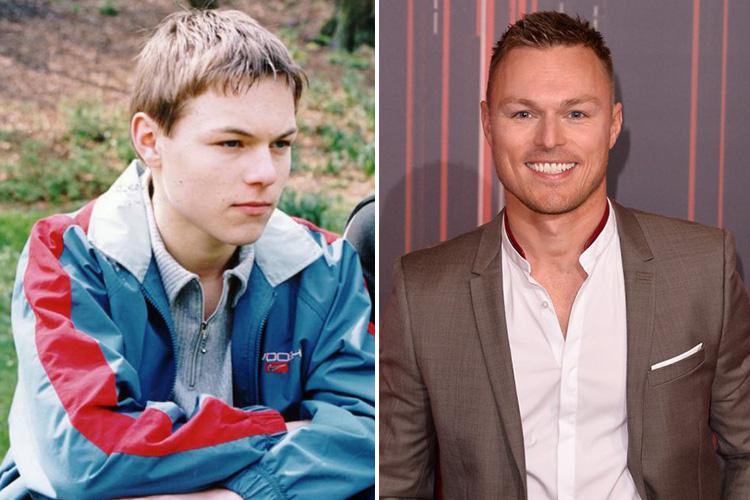 Andrew got the job on Byker Grove after being spotted by a producer while visiting his sister, Kerri Hayden, on set where she worked in the film crew.

He was cast as Ben Carter, making his first appearance in the eighth series of the show in 1995.

After being killed off in the show, he became a presenter on children’s shows such as Live & Kicking and CBBC. He also became a regular in Doctor Who.

Andrew is now a voiceover artist and a regular contributor to gay magazine Attitude.