Home » TV & Movies » The Goldbergs Season 8 release date and cast latest: When is it coming out? 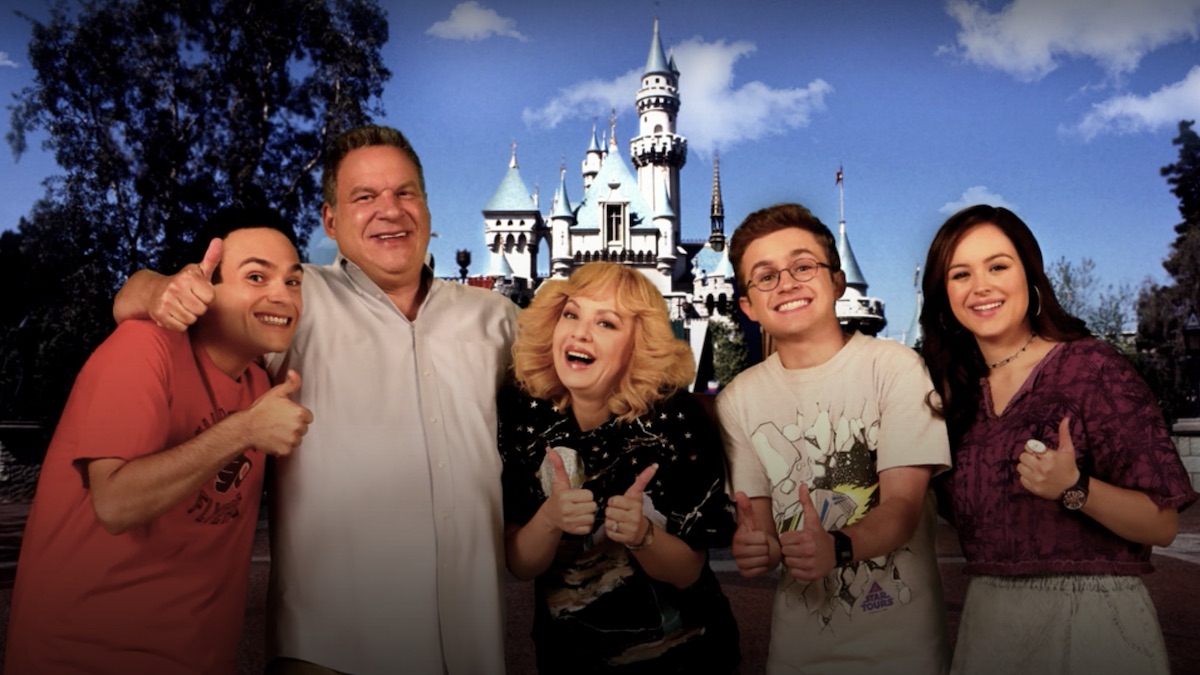 The Goldbergs has enjoyed a strong run on ABC since 2013, bringing viewers a humorous look at a family living in the 1980s.

Similar to the previous hit show, The Wonder Years, this one examines life through the eyes of a boy growing up during a specific time period. It’s based on producer Adam F. Goldberg’s childhood and family from the 80s.

After seven seasons, The Goldbergs will continue to bring the laughs and quirky characters for Season 8. Here’s what is known so far about the eighth season coming out.

This article provides everything that is known about The Goldbergs Season 8 and all related news. As such, this article will be updated over time with news, rumors, and analysis. Meanwhile, let’s dig down into what is known so far.

Is there going to be a Season 8 of The Goldbergs?

Yes, bringing back the sitcom based in the 1980s was a no-brainer for the network due to its overall popularity.

On May 21, Deadline reported that The Goldbergs had been renewed along with a number of other shows on ABC. They included favorites like black-ish, A Million Little Things, The Conners, and Stumptown. More recently, the freshman show For Life was renewed, bringing over 20 shows back for the next season.

At the time of the announcement, Deadline also reported that The Goldbergs and The Conners were two of the top four broadcast comedies. Therefore, it made plenty of sense to bring both back, along with other popular shows.

Unfortunately, The Goldbergs spin-off series Schooled did not get a renewal and was canceled after two seasons.

Release date latest: When does The Goldbergs Season 8 come out?

There has yet to be an official release date given for when Season 8 episodes will arrive on ABC.

That said, show producer and creator Adam F. Goldberg tweeted five days after the renewal news to let viewers know the writing team was beginning to work on the new season.

There was originally going to be at least 24 episodes for Season 7, but that didn’t happen due to the coronavirus pandemic. There were 23 episodes, with the final one airing on May 13.

Cast member Hayley Orrantia, who plays Erica Goldberg, tweeted out (below) that the expected return of the show for Season 8 is Fall 2020. That’s yet to be confirmed, and could be pushed back due to the coronavirus pandemic shifting many TV production schedules.

However, going by previous seasons and their premiere dates, the show has consistently brought out their new episodes in late September. So, if things hold up, viewers could see Season 8 premiere towards the end of September 2020.

Viewers should expect to see all of the cast members from Season 7 return for the new season. That means Wendi McLendon-Covey will reprise her role as the mother and wife Beverly Goldberg, while Jeff Garlin reprises his role as father/husband, Murray Goldberg.

Sean Giambrone will return as Adam Goldberg, with Troy Gentile back as older brother Barry, and Hayley Orrantia back as older sister Erica. Actor Patton Oswalt has served as the show’s narrator since it debuted and should be back.

Also, viewers are likely to see George Segal in his role as Albert “Pops” Solomon and Sam Lerner as Geoff “Madman” Schwartz.

Season 7 brought in recurring character Lauren aka “Ren,” played by Kelli Berglund. She became Barry’s girlfriend towards the end of the season, so she will likely return in Season 8.

It seems as if Sadie Stanley should also be recurring in Season 8 as Adam’s girlfriend, Brea Bee.

Eventually, Adam and Brea came up with a fake breakup to try to get Beverly to leave them alone. When that didn’t work, Adam straight up told his mom she was overbearing, and he wanted her to stay away. She sadly confessed she didn’t want to lose her young boy, who was starting to become a man.

Meanwhile, Barry had to decide if he wanted to be with his new girlfriend, Ren, when his former flame Lainey returned to town. Erica helped Barry decide that Ren was the right choice because she makes him happy. A minor tiff arose between Barry and Brea when she saw him hugging Lainey, but they sorted things out and appeared to be on track.

In addition, Erica’s boyfriend Geoff pursued a business venture which failed during his gap year of college. He finally opted to enroll in college and move into Erica’s dorm. That means each of the Goldberg kids has a romantic interest heading into the new season.

There have yet to be any official trailers or plot synopses released for Season 8, but we’ll provide the latest update once there are confirmations. One thing is for sure: Fans should expect more of the fun 1980s vibe and humor complete with movie themes and 80s musical hits!

The Goldbergs is currently on hiatus at ABC with a Season 8 release date TBA.