The Grand Tour hosts Jeremy Clarkson, James May, and Richard Hammond have been teasing the next season of the show over the past month with a series of Instagram posts in various exotic locations.

The latest tease by Jeremy shows the famous trio riding their bicycles in a new scenic location as fans speculate as to where they are.

While the other hosts appear to be smiling Jeremy looks less than impressed, sporting a red face and weary eyes as he poses front and centre.

However despite appearing tired, the 59-year-old teased fans will definitely be “surprised” by what they have planned for the latest instalment.

Jeremy captioned the shot: “Not the easiest shoot but it’s just about done, you’ll be surprised.”

The presenter’s swap from flashy sports cars to a less glamorous two-wheeled ride has raised a few eyebrows among fans.

The father of three is notorious for hating cyclists during his time on Top Gear, and fans were quick to comment on the change his usual choice of car.

Previously on Top Gear, Jeremy was heavily criticised for a series of controversial comments about cyclists, claiming they should be “run down”.

Jeremy said: “Cyclists are trespassers in the motorcars domain. They don’t pay road tax, some of them even believe they are going fast enough not to be an obstruction. Run them down to prove them wrong.”

In response to his latest post, one user commented: “When did you start liking cyclists?” 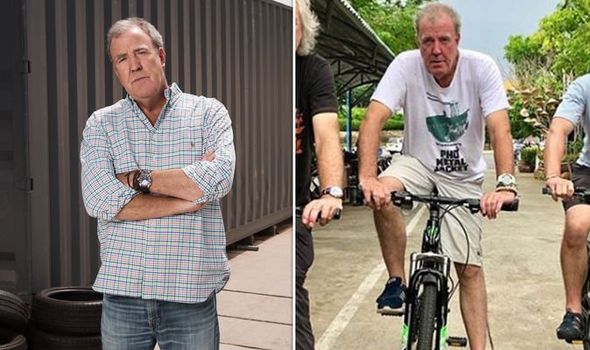 Not the easiest shoot but it’s just about done. You’ll be surprised.

Meanwhile, others were amused with one commenting: “Blimey Clarkson on a bike. We know this is going to be interesting.”

Another commented: “I’ve seen Jezza on a bike, now I can die with a smile on my face.”

This is certainly not the first tease to send fans into a frenzy, as the star has posted shots from Vietnam and Cambodia over the past month.

One photo showed a building, which appears to be a shopping mall, surrounded by a number of people on mopeds and bicycles.

Jeremy captioned the snap:  “Deep joy. Back in the ‘Nam.” 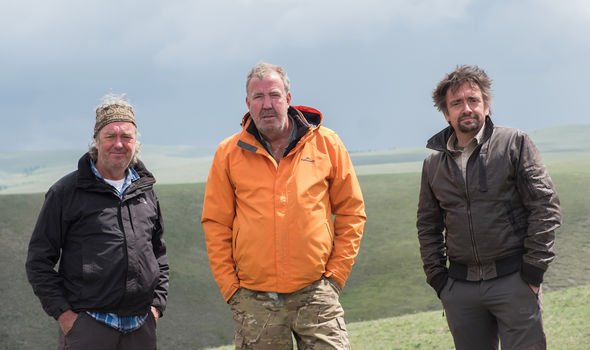 Deep joy. Back in the ‘Nam.

It seems as though the presenters have planned another trip to Vietnam following their legendary Top Gear Vietnam special many years ago.

But bikes aren’t the only mode of transport Jeremy has teased as the host has also teased the use of a helicopter.

Jeremy could be seen in the cockpit of the helicopter. “Air Cav: surfer division,” was written next to the shot.

Is this a big hint the trio may be taking to the skies in the fourth series?

For Every Time Wendy Williams Has Been Controversial, This Moment Stands Above The Rest