Were you shocked by Mckenna Grace’s character in The Handmaid’s Tale Season 4? Us, too. Mrs. Esther Keyes is a 14-year-old Gilead wife who’s secretly working with Mayday. Her farm provides safe shelter for June, Janine, and the other on-the-run Handmaids at the beginning of the season. And that two-episode arc was shocking enough without finding out what happens to her in episode 9. Grace dished about her shocking character in a recent interview. And as it turns out, she fought to keep one of Esther’s most talked about behaviors in episode 1. 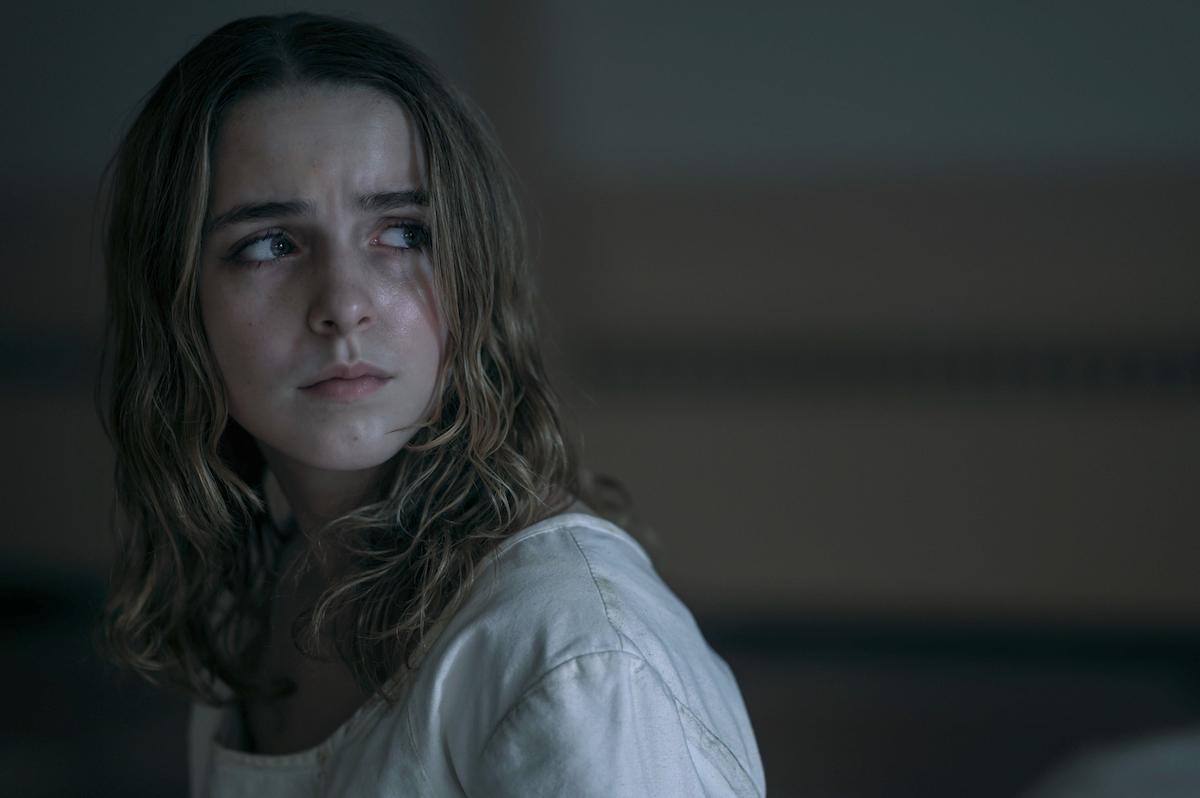 June and the other Handmaids arrived at the Keyes’ farm in The Handmaid’s Tale Season 4 Episode 1, “Pigs.” After recovering from a gunshot wound, June met Mrs. Esther Keyes. And her age horrified June. Esther is only 14 years old. To see a young teenager in a Wive’s dress was unsettling, to say the least. And when June was healed, Esther ran to her in excitement with a cigarette in her hand. Grace, 15, told The Hollywood Reporter she made a special request to keep the cigarette in the scene. She said:

“It’s so jarring when you first meet her and she’s out there standing on these hay bales, smoking cigarettes in her little heels. So I emailed them an hour or two before the scene saying, ‘I really feel like we have to keep it, y’all. If when we get on set it doesn’t feel right, then we can leave it out. But I think we should keep it. Something about it feels right.’ And I’m really glad that we did. It was such a great moment for Esther, that she has her little cigarettes.”

Indeed, it was an effective visual. As were most of Grace’s scenes this season.

While Esther lashes out at June, Janine, and the others throughout episodes 1 and 2, it’s because she’s traumatized. And also because, well, she’s a teenager! Grace was the same age as her character while filming. And she thinks that was a key component in making the character so chilling.

“I know that some people were a little bit upset that there was this 14-year-old playing her, thinking, ‘That’s weird and gross,’” she said. “But, isn’t it weird and gross to the little girls who are being abused that are aged 14 and younger? So I think it’s important that they chose an actual 14-year-old to play the role, and I’m really glad that I got to be that girl.”

Esther revealed to June in episode 1 that her elderly husband, a Commander, lets Guardians and Eyes sexually abuse her. This enraged June (and everyone watching). At the end of episode 1, June encourages Esther to kill one of her abusers.

“Make me proud,” she tells Esther. And she does. 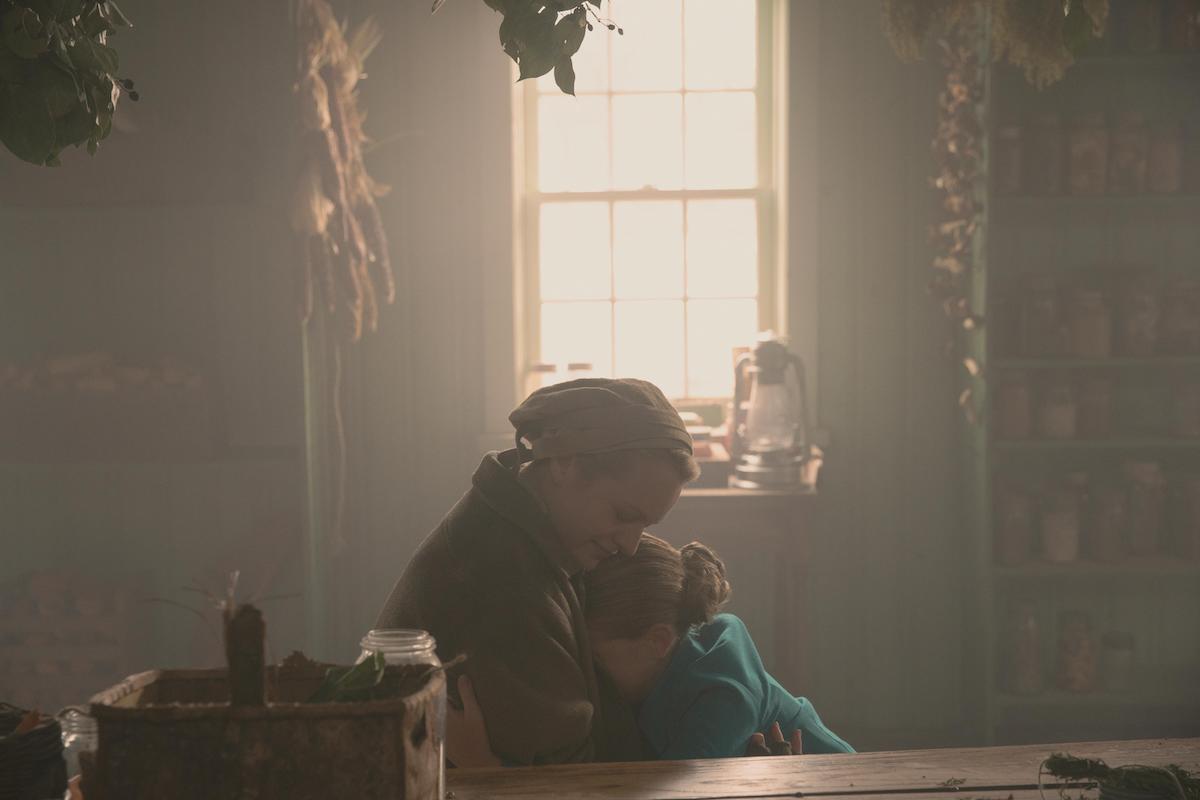 Grace told Elle Moss helped her mentally prepare for the difficult scenes before they started filming. (She also taught her how to smoke the fake cigarettes, which Grace says is “one of her favorite things.”) She said:

“I actually met her at her house she stays at whenever we shoot. We went over the script together with our director at the time and talked about every scene. We did the scene where I had to give my story about how I was raped. We did that one a lot. She wanted to make sure I was comfortable with the things I was talking about. [But the discomfort is what] makes the scene so great, because it needs to be talked about. My character being so young and married off, it happens. Technically, I could get married if my mom or dad or my legal guardian signed a document for me. That kind of Gilead stuff, it happens every day, even though we’re not living in a Handmaid’s Tale situation. It’s just much more quiet.”

Esther’s plot horrified viewers again when she reappeared in episode 9 at the Red Center. After being arrested for harboring fugitives, Esther is forced to become a Handmaid under the watchful eye of Aunt Lydia. Janine helps her acclimate to life there as a means of survival.

Grace only signed for a handful of episodes in season 4. But Esther and Janine are now the only window into the Handmaids’ lives in Gilead the show now has. So, it’s likely fans will see Esther again in The Handmaid’s Tale Season 5.

Love Is Blind's Amber Pike and Matt Barnett Open Up About Their Marriage: 'We Still Are Pretty Gross'