The Real World: New York was filmed during the dawn of reality television, which meant technological advantages producers enjoy today didn’t exist in 1992.

Producer Jonathan Murray recalled how he and his partner Mary Ellis-Bunim had to essentially learn on the job in order to create the reality series. Murray quickly realized that technology limitations were not conducive to capturing spontaneous situations. So he had to improvise using unconventional methods. 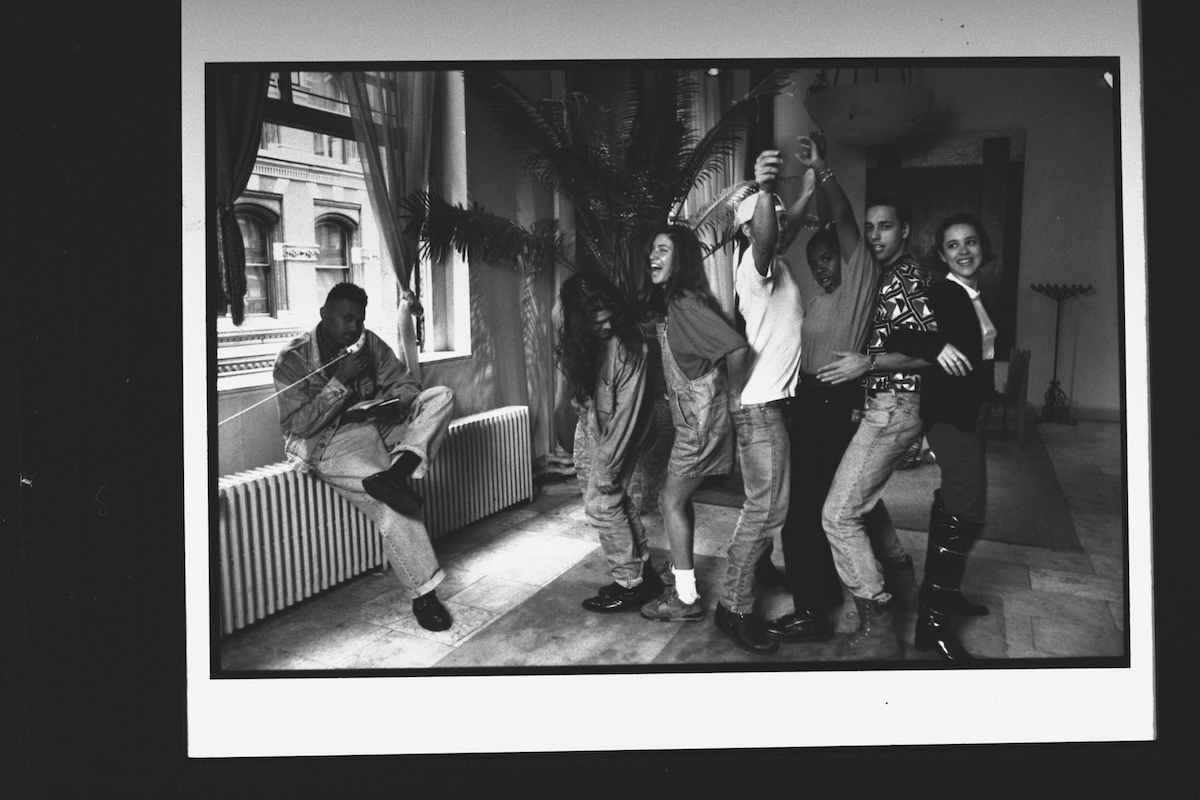 Camera-work was clunky during the original ‘Real World’

Murray recalled how the film crew had to ask the cast to pause during some conversations. “When we would go out of the house to follow the cast, we would have to unhook the camera from this cable and put on a remote control pack and that process took about 10 minutes,” he told The New York Post. “So we would have to keep the cast waiting.”

However, some conversations wouldn’t wait for the crew to set up. He recalled the explosive argument Kevin Powell and Julie Gentry got into over race. The two were standing outside the apartment building and weren’t going to wait for the crew. Murray said the crew had to “throw the camera cables out of a window and rehook the camera down a floor in the loft.”

“It was crazy,” he said. “And of course, we’re shooting that scene — meanwhile, the LA riots had just happened and people were seeing this young black man and young white woman arguing about race. At some point they decided to take the conversation back [inside] because quite a crowd had gathered.”

For instance, the Bravo series, Below Deck is filmed on a superyacht and the boat is equipped with 18 cameras. This includes stationary cameras mounted in each crew’s cabin and even in the laundry room. Below Deck Mediterranean showrunner Nadine Rajabi shared how her series evolved from only using eight cameras to close to 20.

“I think with Below Deck, it’s funny, aside from the cast because we have fresh yachties and a lot of turnover because that’s how the yachting industry is, for us, it’s more the evolution of production because back when we first started, we didn’t have that many surveillance cameras because the boat’s not that big,” she shared at BravoCon in 2019. “How much can you actually cover? We had like eight to 10 surveillance cameras. And then we started missing things.”

“Our show’s just kind of become on steroids because everything is being covered,” she exclaimed.

Freeform Opens Its Halloween House To Celebrate “31 Nights Of Halloween”

'Full House': Jodie Sweetin Once Said She Felt Like She Had to Act Like a 'Miniature Adult' on Set and That Her 'Needs Came Second'