What did we just watch? Because it certainly feels like a couple of bonkers sci-fi movies joined together. The Tomorrow War stars Chris Pratt as Dan Forester, as an army vet who’s drafted into a future war that mankind is losing against ferocious aliens. In 2051 he teams up with his grown-up daughter Colonel Muri (Yvonne Strahovski) in the fight for survival, including that of his family.

Half time-travel movie somewhat reminiscent of Interstellar’s daddy-daughter-out-of-sync storyline and half “Let’s just kill us some aliens”, The Tomorrow War feels like a high-budget B-movie.

Pratt gives us his usual all-American nice guy in a storyline that’s somewhat tonally confused and can’t quite make up its mind on how seriously to take things.

One moment The Tomorrow War has all the looming gloom of a disaster movie before suddenly throwing in some light gags that feel jarring at times.

Sadly this doesn’t help much to serve the more tender family moments between Dan and his daughter Muri, whether in the future or the past. 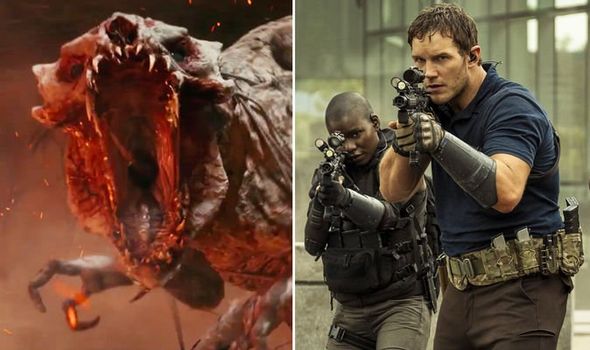 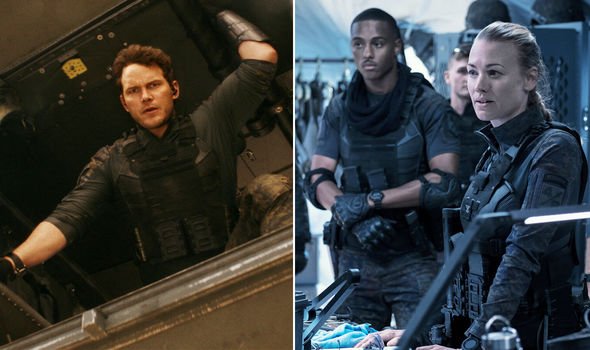 But the best thing about The Tomorrow War is the intense action sequences with these aliens called White Stripes.

The other-worldly monsters are like huge Siberian tigers with extra limbs with all the freakiness of the creatures in A Quiet Place.

Some of the CGI may be a bit ropey for a big blockbuster, but turning off your brain to watch Pratt and his team of conscripted civilians take on these beasts is thoroughly entertaining.

In fact, we get a bit more of this with his grumpy father, played by JK Simmons, in the film’s second half. 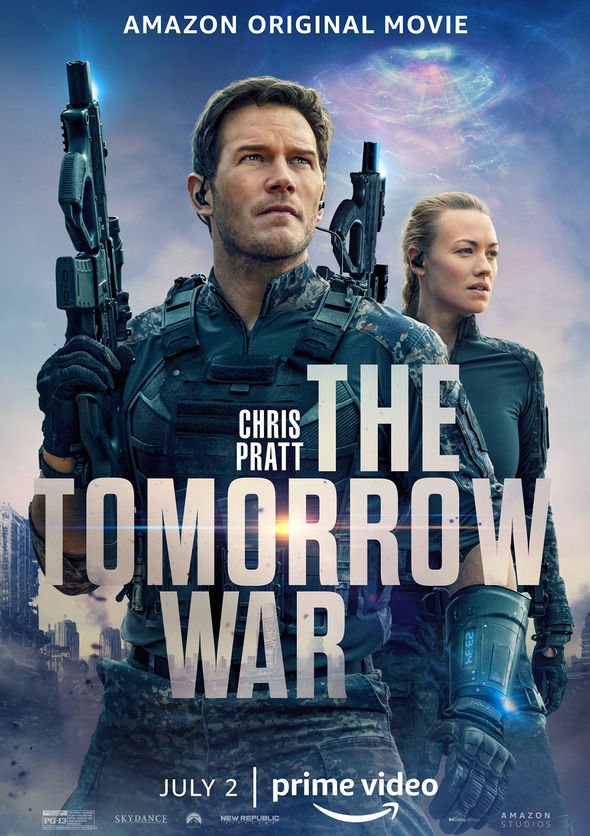 Without spoiling the movie, the latter third feels a bit like another film entirely; one that almost leaves behind the convoluted time travel premise for some good ol’ fashioned alien smashing.

Just as the sentimental family themes were explored with his daughter, they are somewhat in the third act with his father.

However, this is mostly overshadowed by the arcade game-esque action that wouldn’t look out of place in a Resident Evil sequel.

Of course, that’s no bad thing necessarily and there’s still a lot of fun to be had here.

However, The Tomorrow War’s biggest problem is that it can’t decide what kind of movie it wants to be.

Is it trying to be a smart and serious Christopher Nolan film or a tongue-in-cheek aliens shoot ‘em up?

Sadly it never quite grasps either. But if you don’t think about it too much it’s an entertaining enough ride that could have been something more.

The Tomorrow War is streaming on Amazon Prime Video from Friday, July 2 2021.