Television and action star William Smith has died at 88, The Hollywood Reporter confirmed on July 9. According to the outlet, Smith was known for his roles on television, including “Laredo,” “Rich Man, Poor Man,” and “Hawaii Five-O.” Smith died on July 5 at the Motion Picture & Television Country House and Hospital in Woodland Hills, California. His wife Joanne Cervelli Smith, who confirmed the news to THR, didn’t reveal the cause for his death. She also penned on Facebook, “My heart hurts so badly.”

Throughout his career, Smith was known for persevering in a cutthroat industry. Per Deadline, Smith began his path to stardom as an extra in 1942’s “The Ghost of Frankenstein,” and although Smith didn’t receive credit for the small role, he got more opportunities, acting in “The Song of Bernadette” and “Meet Me in St. Louis,” shortly after, per IMDb. Those uncredited roles early in his career served as motivation for him to make it big, but Smith also did not give up on his schooling. Deadline noted that Smith pursued higher education in Syracuse, Munich, and Paris before he graduated Cum Laude from UCLA, earning a master’s degree.

Besides being highly educated, Smith was known for his build and physique, earning recognition for his action sequences in multiple films. Keep on reading to find out more about one of Smith’s most memorable moments on set.

William Smith was a fighter in every sense 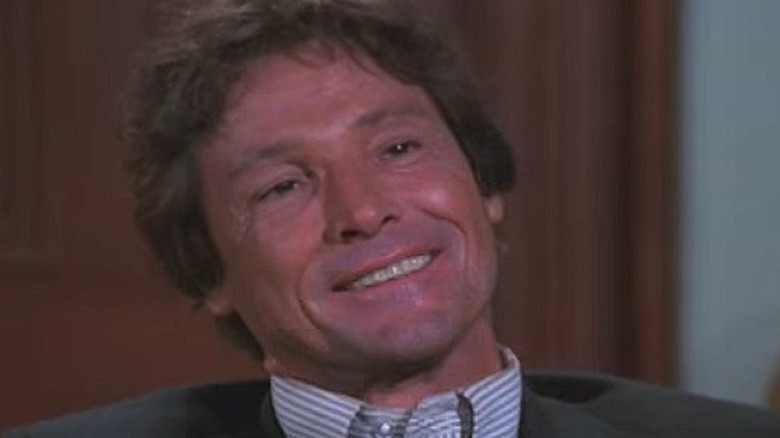 In its obituary for William Smith, Deadline revealed that the “Hawaii Five-O” actor first wanted to pursue a career in government, but ended up acting after MGM gave him a contract. Smith was known for his roles in western and biker-themed films and TV shows. However, his most memorable role on TV was when he played Anthony Falconetti in 1976’s “Rich Man, Poor Man,” where he played a villain.

An experience, though, that would forever shape Smith’s legacy would be when he stepped into the role of a merciless bodybuilder in 1970’s “Darker Than Amber,” where he went head to head in the ring with Rod Taylor. The Hollywood Reporter noted that Taylor broke three of Smith’s ribs, while Smith broke Taylor’s nose filming of the scene. “Fight choreography and staging went out the window when Rod decided to really hit me,” Smith recalled in an interview with the outlet in 2010. “And so the fight was on. That was a real fight with real blood and real broken bones. Rod is a skilled fighter and at the same time a real scrapper.” Smith also fought legendary actor and filmmaker Clint Eastwood in “Any Which Way You Can,” which was “the longest two-man fights ever done on film” without the use of stunt doubles.

In addition to wife Joanne, Smith leaves behind a daughter, Sherri, and a son, William III.

'Survivor 40: Winners at War': Here's Who the Cast Would Vote Out First If They Could Right Now

How Many Emmys Has 'This Is Us' Star Sterling K. Brown Won?