Aziza Barnes (BLKS) and Jeremy O. Harris (Slave Play), have signed on as writers and executive producers on drama The Vanishing Half, based on Brit Bennett’s bestselling novel, which is in currently in development as a series at HBO. Issa Rae and her Hoorae production banner and Stephanie Allain’s Homegrown Pictures also have joined as executive producers.

As Deadline previously reported, HBO acquired the book in 2020 in a highly competitive situation.

In The Vanishing Half, the twin Vignes sisters will always be identical. But after growing up together in a small, southern black community and running away at age sixteen, it’s not just the shape of their daily lives that is different as adults, it’s everything: their families, their communities, the essence of who they are. Ten years later, they are living completely separate lives, far from the close-knit sisters they once were…and with many secrets that divide them further. Still, even separated by so many miles and just as many lies, the fates of the twins remain intertwined. What will happen when the most unexpected path brings one sister back to the town from which they ran away? 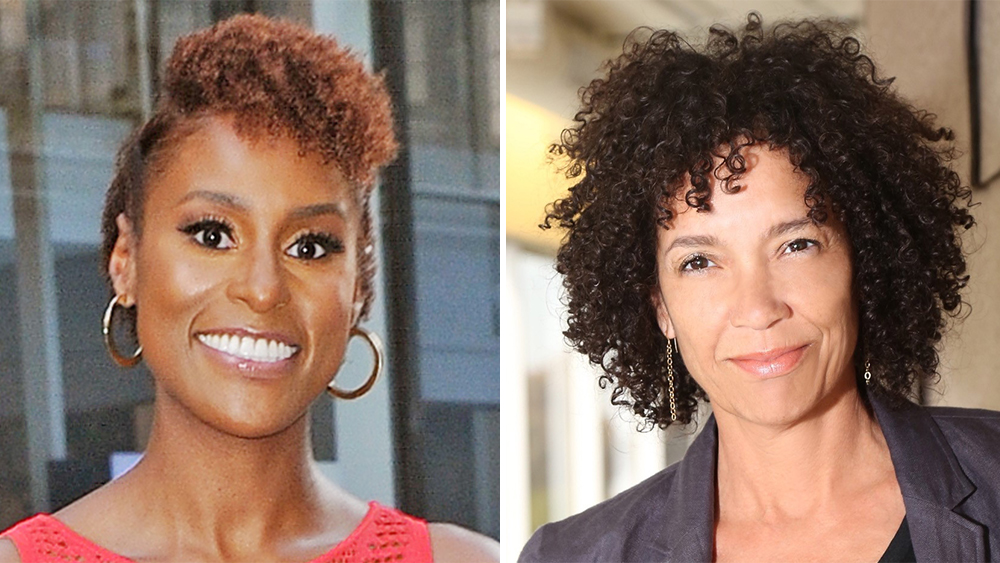 “Reading The Vanishing Half was and is an exacting call to my family’s history– one of passing for white, legends so tall as to be myths, and wounds that last several generations,” said Barnes. “Beyond feeling compelled to adapt this world that I knew viscerally, to then be able to craft its coming to life with a dear friend, chosen family, is a gift beyond measure. Working with Jeremy is a delight and dedication to making art in the medium of television that grips and moves me, moves us both. I’m hype.”

“One of the few highlights of 2020 was the evening I spent on my birthday curled on my couch screaming at Stella Vignes, ‘HOW COULD YOU’ so loudly my neighbor thought something was wrong,” added Harris. “To know that I get the privilege to collaborate with Brit and one of my favorite playwrights Aziza in translating that moment to millions around the world is an honor. In many ways knowing that my “twin” in this journey gets to be a playwright with whom I shared a debut season and a debut director makes this all the more special because the secret language of siblings seems to already pass between us throughout this process.”

Barnes started out as a playwright with their play BLKS produced at Steppenwolf Theater, Woolly Mammoth Theater and MCC Theater. Barnes was recently in the mini-room for BET’s Lena Waithe series Birth of Cool and in the God’s Soldiers mini-room for Ben Watkins and HBO, where they are already developing Pride, a Jane Austen update to Pride and Prejudice.

Harris, as part of his overall deal with HBO, is currently developing at HBO an Untitled Pilot based on his Yale Drama Graduate Thesis. He’s an executive producer on the project along with A24. His HBO deal includes a discretionary fund that he can utilize to continue building work in the theatrical space, for projects where he will commission, enhance and produce new work for himself and others. Additionally, Harris is returning to the HBO series Euphoria and will serve as co-producer. The drama, which debuted in June 2019, is heading into production on its second season.

Harris’ play Slave Play, which opened on Broadway in fall 2019, was a New York Times Critics Pick, winner of the 2018 Kennedy Center Rosa Parks Playwriting Award, the Lorraine Hansberry Playwriting Award, and The Lotos Foundation Prize in the Arts and Sciences. He co-wrote A24’s upcoming film Zola with director Janicza Bravo which premiered at Sundance to rave reviews and is eyeing a release later this year.

Bennett is a Stanford U grad whose debut novel The Mothers became a bestseller and is being developed as a feature film by Kerry Washington through Simpson Street and Natalie Krinsky for Warner Bros. Her essays are featured in The New Yorker, The New York Times Magazine, The Paris Review, and Jezebel.

Allain championed John Singleton’s directorial debut, Boyz N the Hood, while she was an exec at Columbia Pictures, a film which earned $65 million and two Oscar nominations. After founding Homegrown Pictures in 2003, she produced Hustle & Flow, Something New, Beyond the Lights, Dear White People, among others. bThe only African American woman to produce the Academy Awards for which she was Emmy nominated, her TV credits include Dear White People, Make It Work and Zoom Where It Happens. Allain served five years as Director of the LA Film Festival, is a member of AMPAS, WGA. She sits on the board of American Cinematheque and the PGA. A recipient of the 2020 PGA/UCLA Vision Award, she has taught at UCLA, USC and is a frequent panelist and commentator.

CAA repped the book on behalf of Julia Kardon of HG Literary and Orly Ravid of Mitchell Silberberg & Knupp LLP.