The 10th season of The Walking Dead has just been announced as returning to FOX in the UK Monday, October 7 at 9pm, and it looks set to be an explosive season.

Following an exciting panel and interviews at the US’ San Diego comic con, a brand new full-length trailer has been released and there is plenty of drama ahead for the remaining fan-favourites on the AMC zombie horror.

And as the survivors gear up for perhaps the biggest battle of their lives, Alpha (played by Samantha Morton) looks like she’s out for blood, and won’t be taking any prisoners in the latest season.

In dramatic scenes showcased in the latest video clip, Carol (Melissa McBride) appears to be crossing the line into Alpha’s territory – a big mistake.

Carol could be seen confiding in her close friend and ally Daryl (Norman Reedus) at first, and it seemed the pair had no idea of the drama that could be ahead.

“Ever wonder if this is all there is?” Carol asked.

“Sometimes I wonder if we’re living just one fight to the next,” Daryl wondered. “No more fighting, [let’s] just get on the bike and go.”

But their happiness was quickly tested when Carol was seen stepping over enemy lines, will she be sealing her own fate on the long-running show?

“If we get caught on their side of the border that’s it, that’s war,” a voice over could be heard saying, just as Alpha appeared through the darkness.

“What did I tell you about crossing my border?” she asked with a smile on her face. “You’ll have to be punished. This is my land now, you better run.” 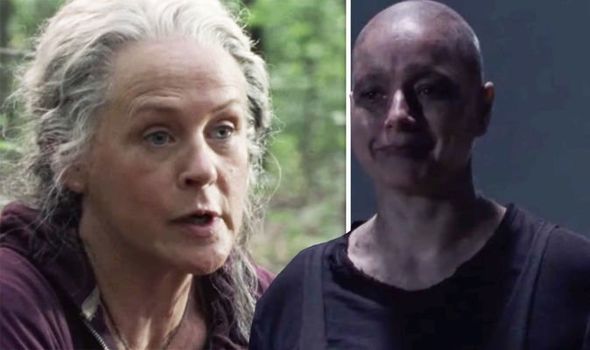 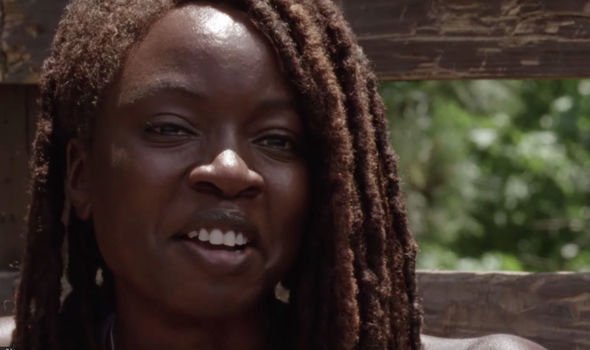 Fear’s dangerous, it can drive us apart again

Michonne (Danai Gurira), who will be exiting the series during season 10, then delivered a foreshadowing warning.

“It is gonna get worse before it gets better, but we aren’t gonna get through it at all if we do not act as one,” she encouraged the survivors.

Will Alpha end up the victor when the show returns in October?

“There is one rule between our people, one law,” she warned. “We are always watching.”

There were still some lighthearted moments in the trailer though, and fans will undoubtedly be shocked to see Michonne – who had a great love story with Rick Grimes (Andrew Lincoln) – getting very up close and personal with Ezekiel (Khary Payton). 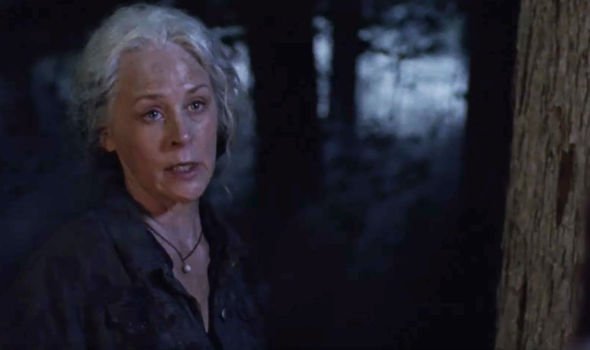 Michonne could be heard admitting: “Somehow, it’s harder the second time around, especially when you get used to having someone there. A partner in crime.”

Others continuing to develop their bond were Daryl and Carol, proving that even in the apocalypse there’s still time for sweet moments and friendship.

“I’m sorry if I didn’t want my best friend to spend her whole life on a boat,” Daryl said, and Carol couldn’t resist teasing him.

“Best friends? What are we 10?” she quipped, and Daryl appeared put-out.

Continuing on, Carol asked: “Should we get matching friendship bracelets now? I can make some, out of shells.”

“I got an idea, why don’t we eat and not talk,” Daryl finished firmly.

The Walking Dead season 10 premieres October 7 on FOX in the UK.