Tyler Cameron and Hannah Brown almost got engaged on The Bachelorette – almost.

In the seconds before Tyler got down on one knee, Hannah stopped him because she had chosen to get engaged to Jed Wyatt.

However, she would quickly regret that decision, as he revealed he had a relationship back home.

For months, Tyler and Hannah would share thoughts about possibly rekindling their romance after Hannah dumped Jed on The Bachelorette finale.

It didn’t help that Tyler and Hannah spent over a month in quarantine together at Tyler’s house in Jupiter, Florida without sharing many details.

However, it appears that Tyler and Hannah are still flirting in their YouTube videos to the point where fans are getting frustrated with them.

Hannah and Tyler released another video this week, where they talked about the past.

One Bachelor Instagram account has shared a few clips of this video. Here, they talked about their first impressions of one another and what their Bachelorette regrets were. 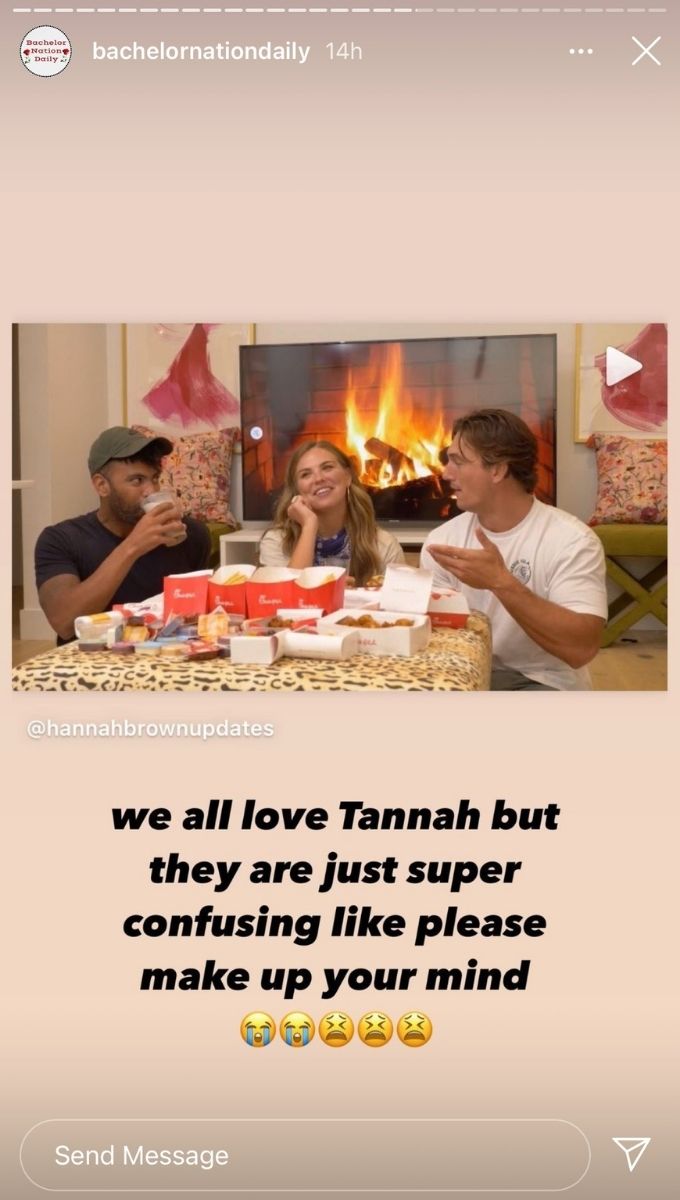 “We all love Tannah but they are just super confusing,” the fan account wrote, “like please make up your mind.”

In a second story, the account owner claimed that Tyler and Hannah kept playing with their feelings, making Bachelorette fans believe that there is still a chance for them to find love. 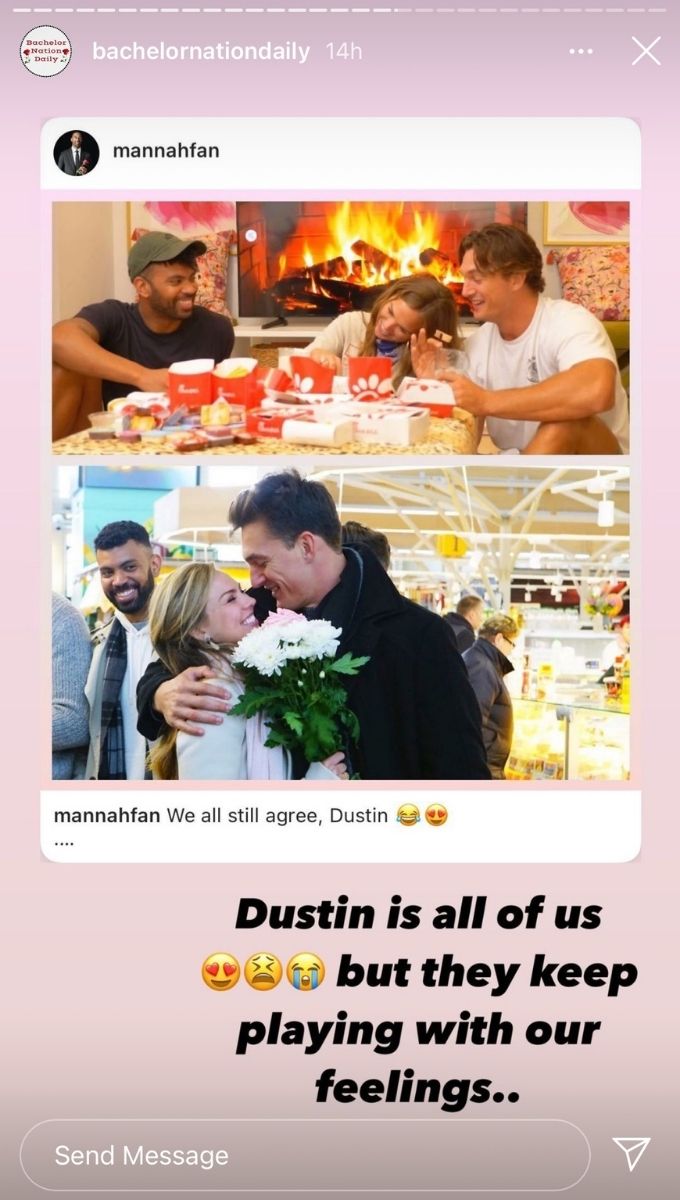 They shared their first video in early October where the two were clearly flirting. Fans were hoping they would reconnect during quarantine, but the two shared that they hadn’t even kissed.

In fact, at times, they had to leave the house to avoid one another because there were still frustrations linking back to their time together on The Bachelorette.

Tyler Cameron and Hannah Brown appear to have closed this chapter

Even though fans are hoping for them to rekindle their romance, it appears they have both closed that chapter – at least for now. Tyler has shared that he was struggling to work on a friendship with Hannah, as he felt betrayed by the outcome.

Hannah has revealed that she is starting to date again, putting her relationship with Tyler in the friendship zone.

Tyler also shared that he struggled to focus on his relationships after losing his mother back in March. She had a brain aneurism and died suddenly, causing Tyler to struggle emotionally for weeks.

The Bachelorette airs Tuesdays at 8/7c on ABC.

We Found Out Exactly Who Reality Steve Really Is