Vikings fans were sent into a frenzy after Gunnhild star Ragnheiður Ragnarsdóttir, also known as Ragga Ragnars, teased fans with a fresh Vikings post on Instagram.

As they eagerly await the return of the History Channel drama, the star stirred up a first wave of excitement as she revealed “Gunny is ready” for the new show.

The post seemed to be what fans needed as the show is yet to release a long-anticipated final trailer.

The photo saw the star posing in full Nordic garb by a dimly lit lake as the sun set behind her.

The caption read: “Gunny is ready.. are you? @historyvikings #vikings #gunnhild #gogunnhild”

The snap received a flood of comments, all of which saw fans show their support for the beloved character, who has been much missed since season five ended.

Missing the Viking, a second added: “There she is. I am also ready and prepared for the next Season.”

However, other fans quizzed the star about the trailer, longing to know more about the new instalment.

Someone else questioned: “When will the trailer be dropped?” as others teased: “If we only had a date.” 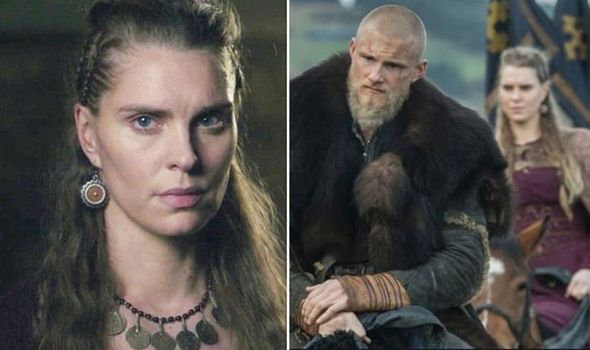 With no sign of the much anticipated trailer just yet, fans will have to keep an eye out for the latest announcements.

Meanwhile, fans of the show are coming up with their own theories of what the next outing will entail.

Some viewers seem to believe Ivar the Boneless (played by Alexander Hogh Andersen) will be taken down by the current King of Wessex, Alfred (Ferdia Walsh-Peelo).

Reddit user Paneo01 has begun theorising the huge battle teased for the end of the series will see the end of Ivar.

They wrote: “Any prediction on who will win the big battle at the end of 6b? Guessing Alfred because I assume it will be the battle of Eddington.” 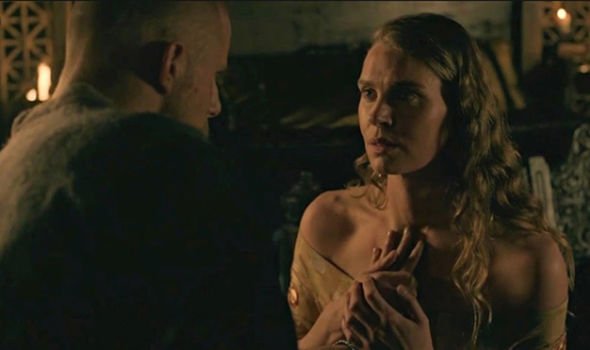 The Battle of Edington is a real life historical battle which Ivar was involved in, and indeed lost, prompting fans to speculate the showrunners will follow suit of the real life battle.

However they ominously added: “But it’s Hirst’s writing. So Ivar could possibly take it.”

Fellow fans agreed with the author, as another added: “Will probably be Alfred winning in the end,

“if not due to the real world counterpart, then it’ll be for the symbolic meaning.”

Vikings is expected to return to History and Amazon Prime Video later this year.

Here's What We Know About Nickelodeon's 'Are You Afraid of the Dark?' Reboot