When Calls the Heart stars Pascale Hutton and Kavan Smith are offering the hearties a message of “love and hope and support and community.”

Following the season 8 finale, which saw Elizabeth Thornton’s (Erin Krakow) choice to pursue a romance with Lucas Bouchard (Chris McNally) while gently letting down Mountie Nathan Grant (Kevin McGarry), the loyal fanbase of viewers immediately took to social media. While the Team Lucas fans expressed their joy, the Team Nathan fans vocalized their upset and disappointment with the direction of the series.

ET spoke with series stars Hutton and Smith while promoting their upcoming Hallmark Channel rom-com, You Had Me at Aloha, where the actors took a moment to address the discord among the show’s passionate viewers and offer an uplifting message.

'When Calls the Heart' Cast on Elizabeth Choosing Lucas and That Passionate Kiss! (Exclusive)

'When Calls the Heart' Cast on Elizabeth Choosing Lucas and That Passionate Kiss! (Exclusive)

“The fans have been very vocal. I don’t think it’s surprising,” Hutton says when asked if she’s seen the mixed response on social media. “We created two teams. We created a Team Nathan, and we created a Team Lucas. As soon as you create teams, whichever team doesn’t win is going to be upset. But we’ve had the fans be upset about certain things before. They were upset when Jack died, they were upset when Rosemary was introduced to the show and she was trying to split up Jack and Elizabeth. I’ve always interpreted that as not a negative thing, even if some of the fans are upset, it’s not a negative thing. It’s indicative of how much they care, how much they love and care about these characters and about the storylines and how invested they are. I think that’s a positive indication of the show, of how much people are just invested in this story and invested in the show.”

For Smith, he shares his reaction to the fan commentary online. “I was a little bit disappointed about how vitriolic it got. I have always said that with this show in particular that the fan response has been always so overwhelmingly positive. So, I was surprised,” he shares. “I was pretty taken aback by some of the personal attacks that I’m not going to spend any time defending them. But I just think that some of the personal attacks seem to not completely understand all the decision-making that goes into a show. It’s not just because we were trying to drag people along and then change the plot at the last minute. Sometimes, these choices are made for filming purposes because it’s the only way we can make the show. Certain choices are made that the average person in the audience may not see.” 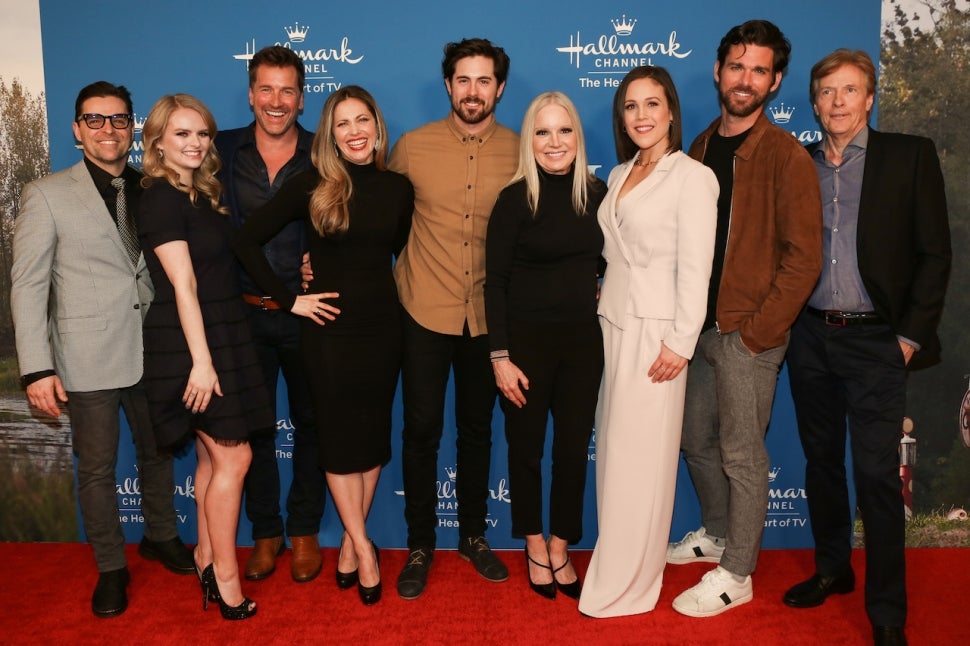 Smith shares that he took McNally, who plays Lucas, out for coffee the day after the season 8 finale aired. “I just thought some of the stuff directed at him was so harsh. He’s such a nice kid, and it turns out he didn’t need me taking him for coffee at all. He’s plenty strong enough to handle the criticism on his own.” Still, the Alberta, Canada, native says he understands the hearties’ frustration. “I agree with what Pascale said. We created a situation where there were two teams. One team is going to win, one team’s going to lose. And the people are very passionate and that’s part of it. It’s good for TV too, to have that kind of passion. I just was a little taken aback at how vitriolic some of it got, but I’m hoping over time, maybe a trip to Hawaii to watch [You Had Me at Aloha] with us will make people smile and laugh again,” he shares with a smile. “Hopefully the fans will come back because it’s a show that’s worthwhile, I think.”

Now, Hutton is encouraging the audience to stay true to the values that helped shape When Calls the Heart into the feel-good program that it is today. “I think the message of our show is one of love and hope and support and community. That’s what the show represents on-camera and off-camera,” she gushes. “I just really hope that the fans remember that and take that to heart and project that going forward.”

Smith chimes to agree with his on-screen wife and alludes to the season 5 finale she previously mentioned, when star Daniel Lissing decided to exit the drama to pursue other opportunities. Smith recalls, “The last time we went through something this tumultuous is because one of the characters wanted to get off the show and go spread his wings and do something else. The fans were very upset about that and they wanted to, some wanted to jump-ship and that’s fine, but the show got better. We got better season after season and the storylines got better, the characters got stronger, we kept developing. I feel that we’re still in a position where the show is going to get better.”

“I think that if people are willing to give us a chance, and some of the storylines may not have ended up the way they wanted them to, but if they’re willing to stay open-minded, I think they’ll enjoy where we’re going,” he concludes, before expressing, “I hope that they can sort of put it in the past and move forward with the rest of us.”

When Calls the Heart will return to Hallmark Channel for season 9 in early 2022, but until then, get your fix of Hutton and Smith on June 5, when they trade life in Hope Valley for Hawaii. The stars tell ET that they hope their new flick, You Had Me at Aloha, which was shot on location in Oahu, Hawaii, will provide viewers with joy and relief.

“I hope they get a sense of escapism, for one, just remembering and feeling what that excitement is, the excitement of traveling and of adventure,” the actress says when asked how she hopes the audience feels when they watch the rom-com. “There’s so much joy to be had by adventuring and getting outside your comfort zone. We’ve been so inside our comfort zone, in respect of being in our homes so much and being really isolated, and there’s so much joy to be had by stretching and pushing yourselves outside of that. I hope this reminds people of that.”

“I agree with all that,” Smith says, before speaking about the chemistry he shares with his longtime co-star. “This movie, I think, is the best epitome of how I see our relationship… We have so much fun together and I think that’s what comes across. So if people like us together, I think it’s because we have a genuine sense of fun between us, and I think that comes through.”

You Had Me at Aloha premieres June 5 at 9 p.m ET/PT on Hallmark Channel.

Star Wars: The Mandalorian season 3 ‘already in the works’ before season 2 even hits Disney+ – The Sun