Political drama The West Wing has been re-visited by audiences across the UK who have been inspired by the recent US presidential election to watch the show. While others are simply enjoying the nostalgia of the Aaron Sorkin-created the series. The show follows gives a fictional behind-the-scenes look at the White House through the prism of president Josiah Bartlet (played by Martin Sheen) and his Oval Office advisors as they tackle on scandals and crises during two terms in power.

Who is Nancy on the West Wing?

Nancy (Renée Estevez) was an advisor to president Bartlet throughout his time in office, serving as his confidential assistant.

She was in the show from season one to seven with a recurring role rather than being a major player.

Her job would be to often remind the president of his obligations or help with outer office duties.

Nancy also work as an assistant for other members of the White House and would sometimes simply appear in scenes despite not having any dialogue. 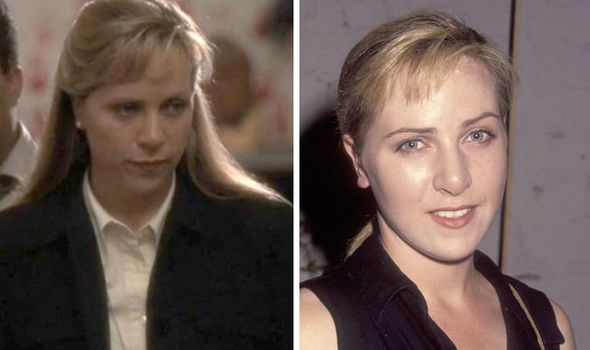 We will use your email address only for sending you newsletters. Please see our Privacy Notice for details of your data protection rights. The West Wing season 1 cast: Where are the original cast now?

A line to Nancy from Bartlet towards the end suggested the two knew each personally after the president said he was looking forward to seeing her mother again.

In real-life, American actress Renée was the daughter of lead actor Martin and part of the famous Estevez-Sheen dynasty.

She counts Bratpack star Emilio Estevez, Two And A Half Men’s Charlie Sheen and actor and director Ramón Sheen as brothers.

Renée is the daughter of Martin and his wife Janet Templeton and she is the couple’s only daughter.

Along with The West Wing, Renée had had roles in TV series JAG, The Division and Red Shoe Diaries.

The West Wing is streaming on All 4 now

The Young and the Restless spoilers: Anna Grace Barlow cast as Zoe

'Vikings': Fans Weigh in on Their 'Favorite Thing' About Ragnar Lothbrok