Home » TV & Movies » What was Josephine Johnny's cause of death?

The renowned rapper had previously been confined to a wheelchair after having a spinal tumor removed. 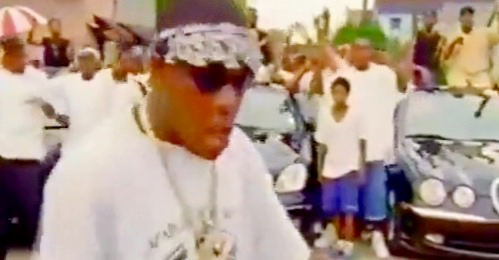 How did Josephine Johnny die?

Josephine Johnny's family has not released any information about his cause of death, which is still unknown.

His family set up a GoFundMe in his name to assist with the burial. The page says, "Our beloved Johnny “Josephine Johnny” Watson has gained his wings.

"Any donation that God puts upon your heart to give will help us with his home-going celebration and burial."

The page has received over $600 in donations in the last day and those who contributed paid their respects to the late artist.

Who was Josephine Johnny?

Josephine Johnny, whose real name is Johnny Watson, was from New Orleans, Louisiana where he got his start as a rapper in the 90s, although many say he didn't receive the recognition he should have.

He was known for his moves on the dance floor and was for his most popular songs, Workin It Sumthin, Classic, and Shorty In That Thong.

What are fans saying about his death?

Fans took to social media Friday morning to express their sadness at the passing of the hip hop artist.

One person posted on Twitter, "All our childhood bounce artists really leaving us. JosephineJohnny man R.I.P."

Another person said they'd be spending the night celebrating Johnny's legacy. "We lost the creators of Josephine Johnny AND Bunny Hop this month," he said.

"I’m spending tonight dancing with my kid to some Louisiana legends."

Netflix Party: Watch Movies Online With Your Friends, Like Streaming Service With An AOL Chatroom