Home » TV & Movies » When was Max George in The Wanted and who is his girlfriend? 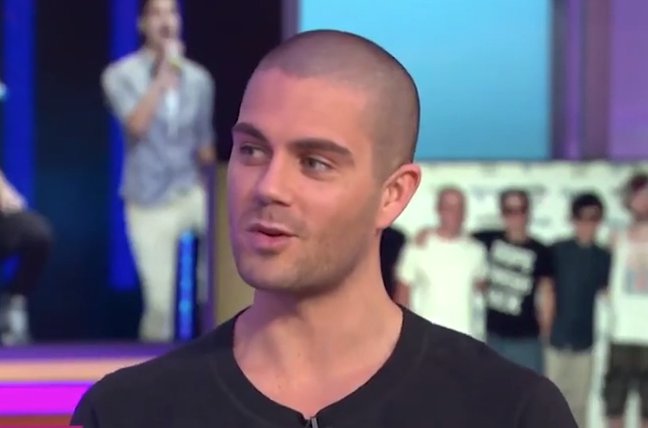 Max George has confirmed that he has been in talks with Coronation Street bosses about joining the soap – seven years after it starred his former fiancee Michelle Keegan.

While the 32-year-old Wanted singer has said he is currently focusing on his film career, he added that a role in Corrie would ‘make sense’.

He told the Daily Star: ‘Coronation Street is only around the corner and I’m a Manchester lad, so it kind of makes sense. I’ve had talks about that, but it’s not something that’s ever interested me.’

‘For me film is what I want to concentrate on first, but never say never with anything.’

Max is no stranger to the small screen of course – but he sprang to fame with The Wanted, and hit the headlines for his relationship with Michelle Keegan.

When was he in the band and who is he dating now?

When was Max George in The Wanted?

The Wanted formed in 2009, and enjoyed a string of hits until 2014 – when they announced they were going on an indefinite hiatus to work on solo projects.

The band scored number ones in the UK with All Time Low and Glad You Came – while their other hits included Lightning, Chasing The Sun, I Found You, Heart Vacancy and Walks Like Rihanna.

Max has recently said that a reunion could happen, saying that bandmate Tom Parker would be up for bringing the band back together ‘tomorrow’, in spite of him battling a brain tumour.

Max told The Sun: ‘I love the boys, the band, the buzz, the fans, the music… I love it all. I would love to do it again.

‘I’ve spoken to Tom a lot and he was like, “Yeah, cool. If it happens, it happens.” Despite everything he is going through, I know Tom would do it tomorrow.’

Since the band went on hiatus Max has been seen in the likes of Glee and Bear Grylls: Mission Survive as well as appearing on Strictly Come Dancing in 2020.

Who is Max George’s girlfriend?

Max is currently in a relationship with Stacey Giggs, the former wife of footballer Ryan Giggs.

The pair were first introduced to each other in a pub in Manchester in 2018, and began dating in 2019.

He has previously said: ‘It’s the strongest relationship I’ve ever had and every day gets more exciting.

‘We’re really close; we were close from day one. With me moving in with Stacey — because that was her family home — and the kids, you become such a tight unit. We are getting closer every day.’

Max was previously in a relationship with Michelle Keegan, whom he became engaged to in June 2011 – but the pair split in 2012.