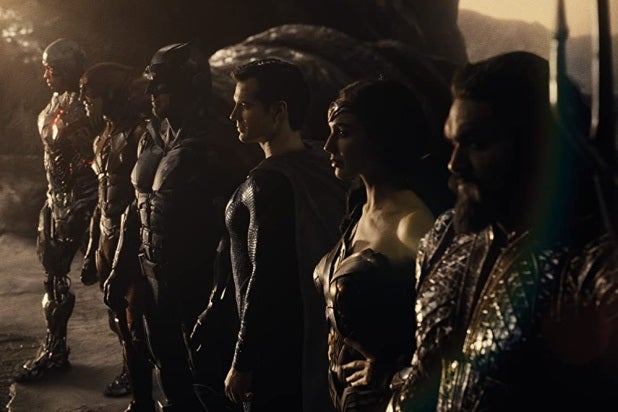 After all this time, it’s finally here. “Zack Snyder’s Justice League,” aka “The Snyder Cut.” You get your drinks and snacks, fire up the movie on HBO Max….and you’re confused when you notice it only occupies a square in the middle of your TV, like you’re watching a TV show from 20 years ago.

Don’t worry, though — nothing’s wrong with your TV or whatever device you’re using the stream the “Snyder Cut.” What you’re seeing is this new version’s intended aspect ratio. Believe it or not, this is how Zack Snyder wanted you to see his new cut of “Justice League.”

As most people will recall, we didn’t always have widescreen TVs in our homes. Back in the day, before the age of high definition, most TVs were more boxy. The aspect ratio for those old tube televisions was 1.33:1, or 4:3, meaning the width of the screens was 33% longer than the height. Not quite a square, but close.

“Zack Snyder’s Justice League,” however, comes in at 1.37:1, very close to the old TV standard. Why is this? Because of IMAX. While very few people, if any, will ever watch the “Justice League” Snyder Cut on any big screen, much less IMAX, it’s nonetheless true.
While most IMAX screens tend to be a bit wider, the biggest ones — the “true” IMAX — tend to have an aspect ratio between 1.32 and 1.4 or so. Snyder delivered a cut of “Justice League” that is built to fit those screens specifically, and for his Snyder Cut he’s giving us the IMAX version.

In most cases, what you’re getting with “Zack Snyder’s Justice League” is more information. As in, when it comes to scenes that are in both versions of the movie, the Snyder Cut version will be a wider shot so you can see more. There is a tradeoff, of course. Since it’s not taking up your whole screen, the overall image will be smaller.

If you’re thinking this whole thing is weird, you’re correct. Had Snyder’s version of “Justice League” been released in theaters in 2017, it likely would have had portions — if not all of it — projected in this IMAX ratio on IMAX screens. But in regular theaters it would have been a more standard ratio — and there’s basically zero chance that the home video release would feature any shots that leave black bars on the sides.

First, that’s just not a thing that happens. Secondly, Snyder had some similarly tall and narrow shots in the IMAX release for “Batman V Superman” which clocked in at 1.43:1. But don’t go looking for those shots in the home video release, because they aren’t there.

So, in a sense, this is another way that “Zack Snyder’s Justice League” is unique. You’re not gonna get this aspect ratio from any other big budget movies these days.

'NCIS' Season 18: Will Gibbs and Sloane Finally Get Together Only to Be Torn Apart?