The Houston Astros bounced back Wednesday night to even their score with one win a piece against the Atlanta Braves during Game 2 of the 2021 World Series.  Just as the scores evened out between the two vying teams, the Game 2 broadcast itself evened out with the corresponding game of the 2020 World Series (1.8, 7.22M) by earning a 1.8 rating in the 18-49 demo and 8.69 million viewers, in fast nationals. Numbers are set to rise, as is the case with most major sports and live events, pending adjustment.

While last night’s game matched that of 2020, it’s worth noting that the sophomore match was down from Tuesday’s opener (2.3, 10.10M) by five tenths in demo rating and approximately 14% in viewership. Despite the slip, the Game 2 of the 2021 World Series topped Wednesday primetime on all fronts.

In the non-sports world of Wednesday primetime, CBS exited its two-day repeats rut with new episodes of Survivor, Tough as Nails as CSI: Vegas. Survivor (0.8, 5.00M) topped the demo among the rest of the non-sport shows. The competition program was down from the previous week. Tough as Nails and CSI: Vegas remained steady in demo rating.

The Conners was ABC’s highest rated and most-watched program on Wednesday evening. The Wonder Years and Home Economics, which both recently snagged full-season orders at ABC, were both steady in rating but saw slight bumps in viewers. 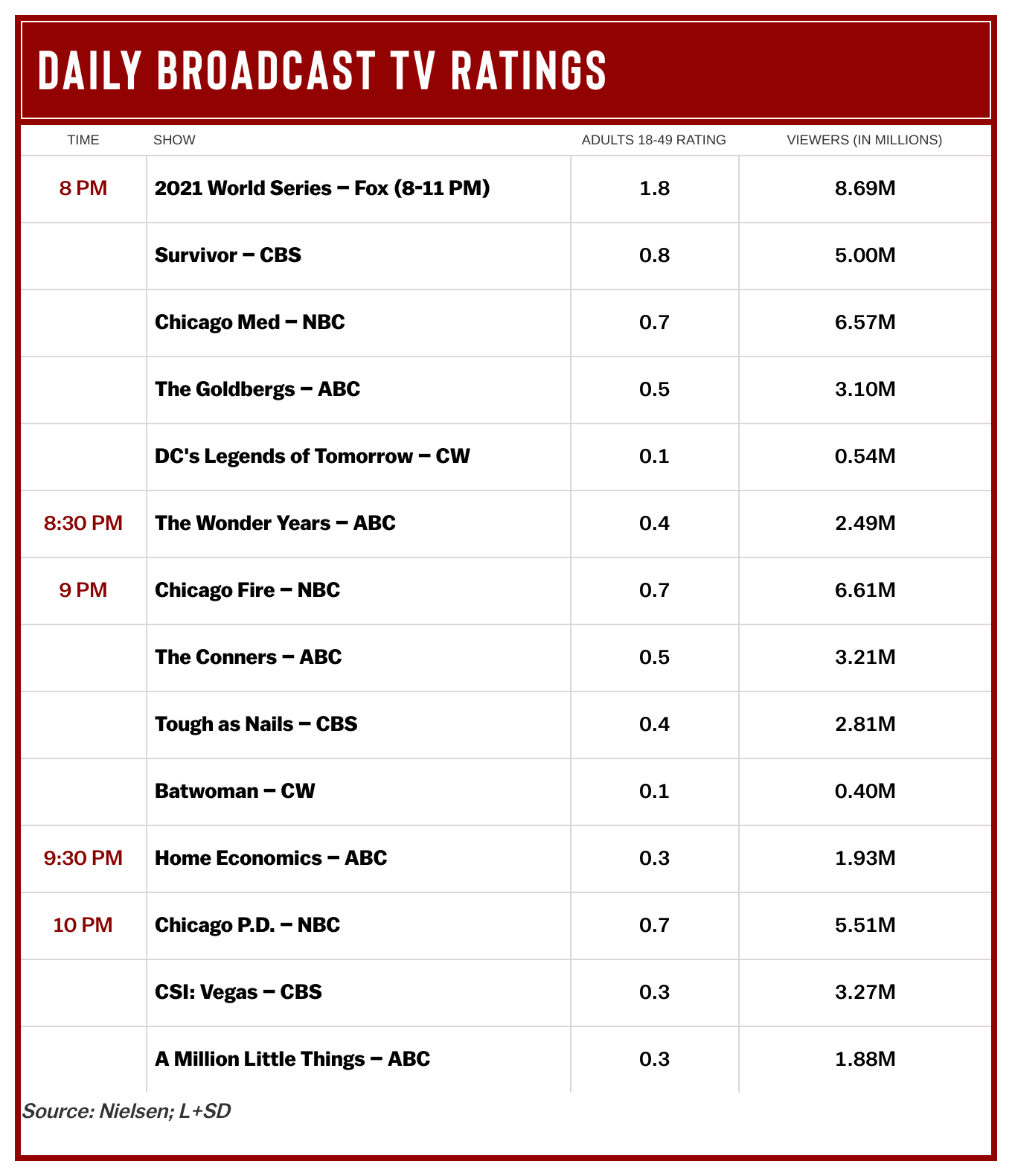 “No One Has Been Ruled Out”, DA Says Of Potential Charges; Search Warrant For Prop Truck: The Latest

Touts “Framework” Of Spending Plan But Says “No One Got Everything They Wanted, Including Me”

‘Jeopardy’ Stunner: Only One Contestant Makes It To Final Round Shocking Both Alex Trebek & Viewers