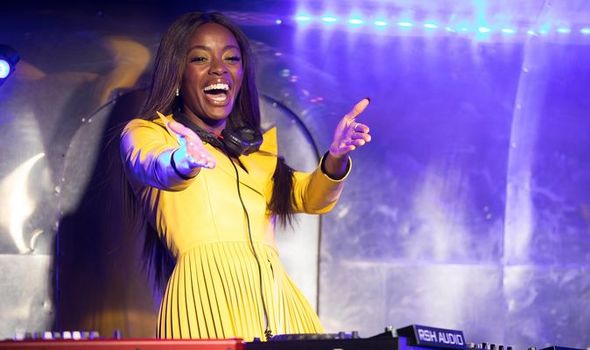 After experiencing “severe” pain in her foot, the 33-year-old presenter had to miss rehearsals yesterday and went for an emergency scan. A Strictly insider said they were “feeling hopeful” she would be fit for the final but that she was “currently using crutches to try and rest her foot as much as possible”. They added: “This is the worst possible timing but AJ is a real trouper and will keep on going no matter what. “The pain in her foot was terrible and they weren’t taking any chances so a scan was swiftly ordered.”

AJ is due to compete with EastEnders star Rose Ayling-Ellis and former Bake Off winner John Whaite for the Glitterball Trophy on Saturday. The native of Blackburn, Lancs, and her pro partner Kai Widdrington have pulled off some impressive dances this series, including a semifinal quickstep that won them their first maximum score of 40.

Judge Anton Du Beke told AJ and Kai: “If ever there was a dance I wanted to be in, it’s that.” But behind the scenes, AJ found her rehearsal schedule gruelling and she needed physiotherapy every day for a week due to back problems.

She told contestants she felt “battered” by the rigorous training. Meanwhile, rumours have been swirling since the 19th series of Strictly began that AJ and Kai are more than just friends.

But AJ said last week: “I think this goes to show how we are clearly getting on really well. But, obviously, we just really want everyone to focus on what we’re doing on the dancefloor.” Weighing in on the rumours, Kai, 26, argued that their job in the competition is to make their relationship look intimate, saying: “[It’s] how the dance is supposed to be done.”

This week,AJ shared her delight at making the last round of the BBC show, writing online: “Still can’t believe we’re BBC Strictly finalists. I’m so happy I could burst. “Thank you for all your votes and kind messages and thank you Kai for believing in me. I feel like the luckiest girl in the world.”

AJ and Kai are second favourite to win with the bookies, with latest odds of 11/1, behind Rose and Giovanni Pernice, who have been odds-on to win for months now, but in front of John and partner Johannes Radebe, at 16/1.