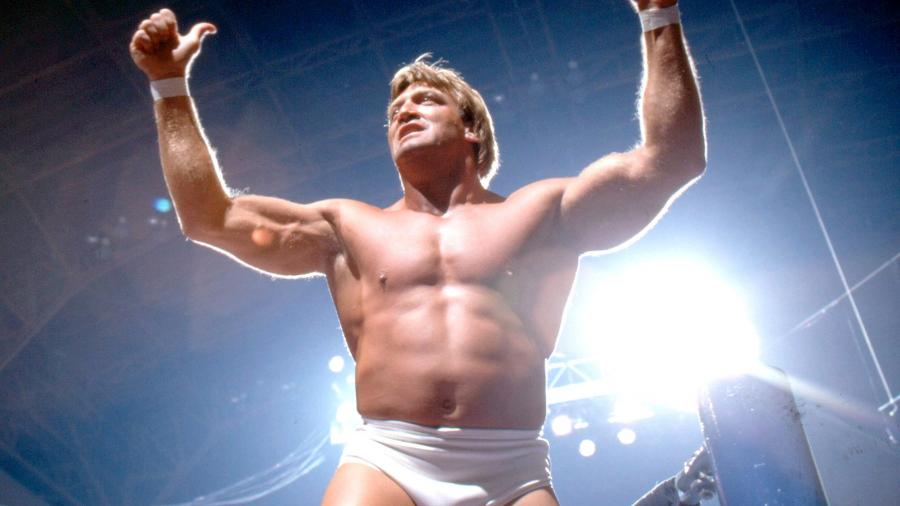 The WWE Hall of Famer’s son Travis revealed the sad news on Monday as he paid tribute to his late father’s ‘heart’ an emotional social media post alongside a touching photo of them sharing an embrace.

He wrote: ‘It is with great sadness that I announce the passing of my father, Paul Parlette Orndorff Jr. . He is better known as “Mr. #1derful” Paul Orndorff. Most of you will remember him for his physique. Many will remember his intensity.

‘But if I could only get you to understand and see his heart. He will always be Pop, Paw Paw, and Daddy at home. And as much as many of you hated him as a wrestler, he absolutely loved you for it.

‘He was an amazing father that showed me more love than I ever deserved. I love you Daddy.’

In WWE, Orndorff enjoyed a hugely successful run, and he appeared in the first ever WrestleMania main event in 1984.

At the memorable event, he teamed up with ‘Rowdy’ Roddy Piper to battle the starstudded team of Hulk Hogan and Mr. T.

He also enjoyed successful runs in WCW – where he held the World Television and World Tag Team Titles, the latter with Paul Roma – and the National Wrestling Alliance (NWA).

Many fans and stars have paid tribute to Orndorff following his death, including his one-time in-ring rival Hogan.

He wrote: ‘Just got slammed with the Paul Orndorff news, RIP my brother, love you and thank you for always making me fight for everything in our matches, heaven just got even more Wonderful, love U4LifeHH (sic)’

‘Him and Sherri were the best on that show with working the crowd. Think I have his autograph on a patriot mask somewhere. Rest in power Mr. Wonderful. (sic)’

Former WCW and WWE performer Eric Bischoff also had kind words as he revealed he was ‘good friends’ with the late star.

He added: ‘So sorry to hear this news. I always enjoyed working with Paul.

‘He was a good friend to my son Garett and I and we shared some memorable times away from the wrestling business. Rest easy my friend.’

And IMPACT Wrestling’s Gail Kim wrote: ‘Wow so sad to hear about the passing of Mr. Wonderful Paul Orndorff. Part of my childhood. RIP (sic)’